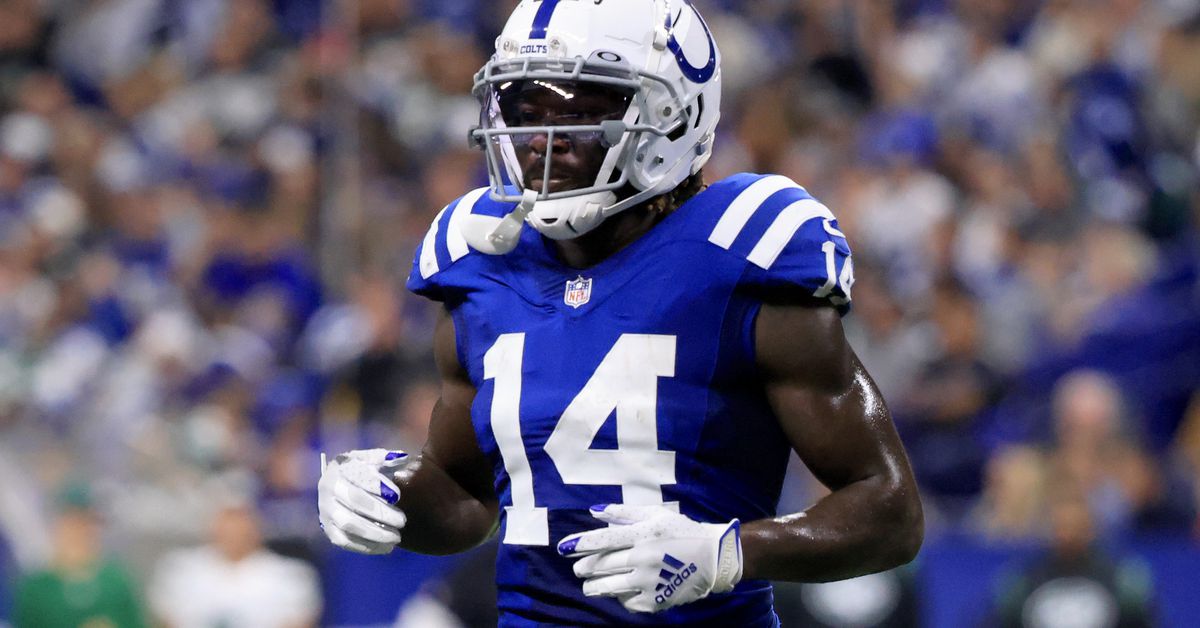 After striking out on other wide receiver options, the Philadelphia Eagles finally added to the position by signing Zach Pascal. Given his relationship with Nick Sirianni, it was a move we all saw coming.

In order to learn more about Philly’s new pass catcher, I thought it’d benefit Bleeding Green Nation readers to get some insider insight on Pascal. And so I contacted Chris Blystone of Stampede Blue. Here’s what the representatives from SB Nation’s Indianapolis Colts blog had to say.

1 – How would you sum up Pascal’s stint with the Colts?

In a word? Unlikely. Zach Pascal was an undrafted free agent who fought his way tooth and nail into a position to be the Colts’ 2n/a ranked receiver in yards in both 2020 and 2021. He led the team in 2019. He is the kind of player who will keep his head down, work hard, and give you reliable production in whatever you ask of him. You won’t hear players or coaches saying unkind words about Pascal, because he is a well-liked member of the team and community.

2 – How do Colts fans feel about the team not re-signing him? Right move to let him go?

By and large Colts fans are happy to see Pascal go. This is not really a reflection necessarily on Pascal himself. However hard a worker he is, there are clearly limits in his ability to get separation. Much of his production can be attributed to Frank Reich’s ability to scheme receivers open, and when facing good defensive backs in games when they absolutely needed someone to make a play, Pascal wasn’t setting himself apart as a guy who could do that.

During his 2019 season, Pascal had some of the best hands on the team, and regularly made clutch plays in critical downs. Unfortunately, we haven’t seen that same player as consistently. In fact, his position as the 2n/a receiver in yards over the past two seasons says more about the state of the Colts receiver room than it does Pascal himself.

Colts fans want the team to move on and upgrade at the position with players who can really strain defenses, and they simply don’t believe Pascal is that guy.

3 – Pascal was literally PFF’s worst graded WR last year. To what extent do you think that reflects his quality as a player? Do you think Carson Wentz’s struggles factored into him taking a step back in 2021?

It is tough not to go easy on everyone in the wake of Carson Wentz’ 2021 season. In spite of the numbers and incredible highlight throws, he was abjectly bad, and his receiving weapons suffered accordingly. I certainly don’t need to explain to Eagles fans those frustrations (you’re welcome for the 1st round pick by the way). I think Pascal is absolutely better than his 2021 season, as are most of the offensive weapons on the Colts roster. Unfortunately, I don’t think he is a lot better.

I believe Pascal provides real value as a part of the locker room, and if the team has a good grasp on his actual value. He should not be viewed as any kind of savior, nor even as a true WR2. If you need solid depth at the position and a reliable player who can play special teams and is a willing blocker, you have the right guy.

4 – What are his strengths?

Pascal’s biggest strength is in his willingness to get physical. He is a very good blocking receiver, and not a guy who will shy away when asked to mix it up with defenders at the line. While not a prolific athlete, he has solid hands and won’t make mind boggling mistakes. Additionally, he works well on special teams, and is well liked among the guys in the locker room.

5 – What are his weaknesses?

Unfortunately for Pascal, he simply is not a spectacular athlete. He doesn’t have any physical attributes that truly set him apart and lacks the polish as a route runner to make up for that when charged with significant offensive responsibility. He had a career high 44 receptions and 629 yards in 2020 with Philip Rivers delivering the ball in a season with a fading TY Hilton, a rookie in Michael Pittman Jr., and no real deep threat to speak of.

If your vision for Zach Pascal is as a WR3 or WR4 who can be a reliable and physical player who helps you move the sticks on short yardage plays and gives you good hands over the middle in the short to intermediate area, you probably have him in the right spot. Task him with facing top corners on the outside and you’ll be disappointed.

6 – Anything to know about him off the field?

The biggest thing to know about him is how much Nick Sirianni loves him. Sirianni told his oldest son that he wanted him to grow up to play football like Zach Pascal. He is a true “lunch pail” kind of guy who will do whatever is asked of him and who you can count on to work hard. Eagles fans should absolutely like him as a man, and he’ll no doubt be a positive influence in the community.

What he may be as a player? My guess is that he’ll be a guy worth about 400-600 yards, a couple touchdowns, and a valuable part of the running game as a blocker. If that is what the Eagles need, he’s a good fit. If not? Well at least he’s a good guy, right?

BLG’s take: The Pascal signing is fine. It’s nothing to enthusiastically celebrate. Adding him pushes Jalen Reagor and Greg Ward down on the depth chart — in theory, at least — and that’s good. Pascal raises the Eagles’ floor at wide receiver but he doesn’t do enough to significantly boost the ceiling. He’ll add value as a culture guy, a blocker, a special teams guy, and a receiver who can contribute with two or three catches per game. He can be a solid role player for this team. But signing Pascal does nothing to solve the need for better long-term answers at the position. DeVonta Smith belongs as a WR1. Quez Watkins might have WR2 potential but he might be better off as WR3. Ideally, Pascal should be WR4 … but he currently projects as WR3 in this offense. Could be a lot worse, could be a lot better. God forbid the Eagles suffer a major injury and suddenly he’s WR2.