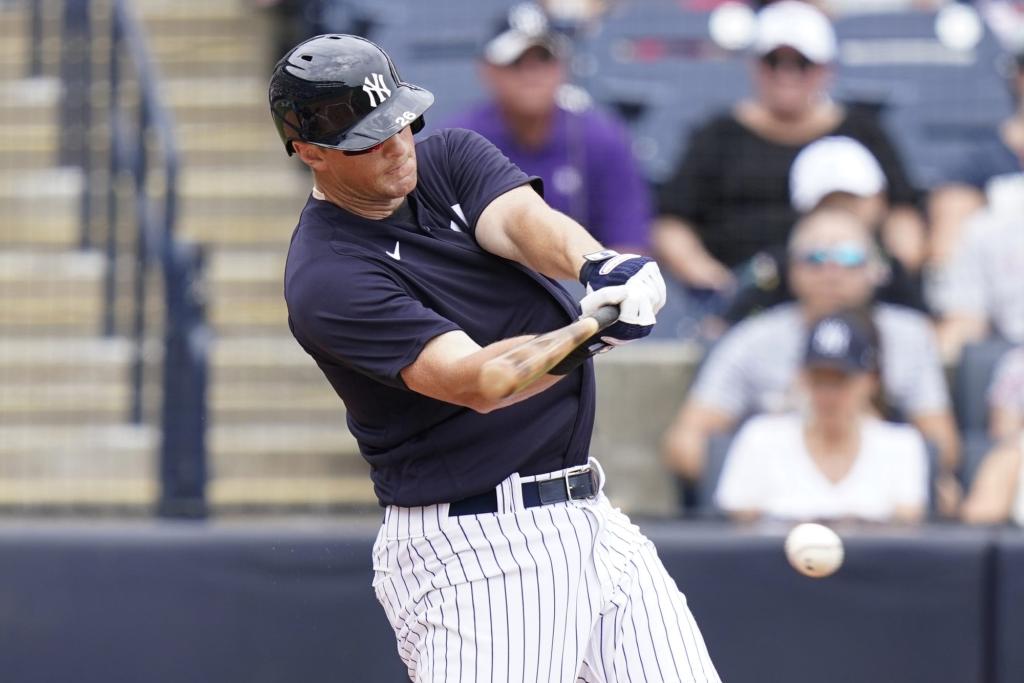 TAMPA — DJ LeMahieu was not in the Yankees’ Opening Day lineup in 2019 but still put together an All-Star season while piling up 655 at-bats.

The infielder could be in a similar position on Thursday, but he and the Yankees would certainly take the same end result.

Manager Aaron Boone was not yet ready on Tuesday to reveal his lineup for the opener against the Red Sox, but it’s not a guarantee that LeMahieu will be in it. Depending on how they want to line up against Red Sox right-hander Nathan Eovaldi, the Yankees could choose to go with Josh Donaldson at third base, Gleyber Torres at second base, Isiah Kiner-Falefa at shortstop and Anthony Rizzo at first base.

LeMahieu, who is expected to move around the infield this season in an everyday utility role, said he would not be disappointed if his name is not in Thursday’s starting lineup.

“There’s always a lot of focus on Opening Day, but it’s definitely a marathon,” LeMahieu said Tuesday before the Yankees broke camp.

LeMahieu played 150 games last season — including 77 starts at second base, 36 starts at third base and 33 starts at first base — but struggled at the plate, batting .268 with a .711 OPS, before missing the end of the season with a sports hernia that required surgery.

The 33-year-old — who is in the second year of a six-year, $90 million contract — said he feels healthy again after having a “heightened focus” in the offseason on making sure he took care of his body. He finished Grapefruit League play batting 9-for-30 with an .831 OPS.

“I feel really good,” LeMahieu said. “I think the team is in a really good spot. The shortened spring has put an emphasis on quality over quantity, which I think has helped us. So I think it’s been good.”

Boone has consistently said this spring that the Yankees’ crowded infield would work itself out with everyone getting plenty of at-bats. And though they remained healthy through spring training, LeMahieu believes their depth and versatility will serve them well to deal with inevitable injuries during the season.

“You see guys moving around positions a little bit more than the past couple years,” LeMahieu said. “I think that will only benefit us staying on the field. Sometimes in the past, if a guy goes down here or there, it’s really taken a big hit. So hopefully — injuries are going to happen — but when we hit those bumps in the road, hopefully we have guys that are more prepared to step up.”