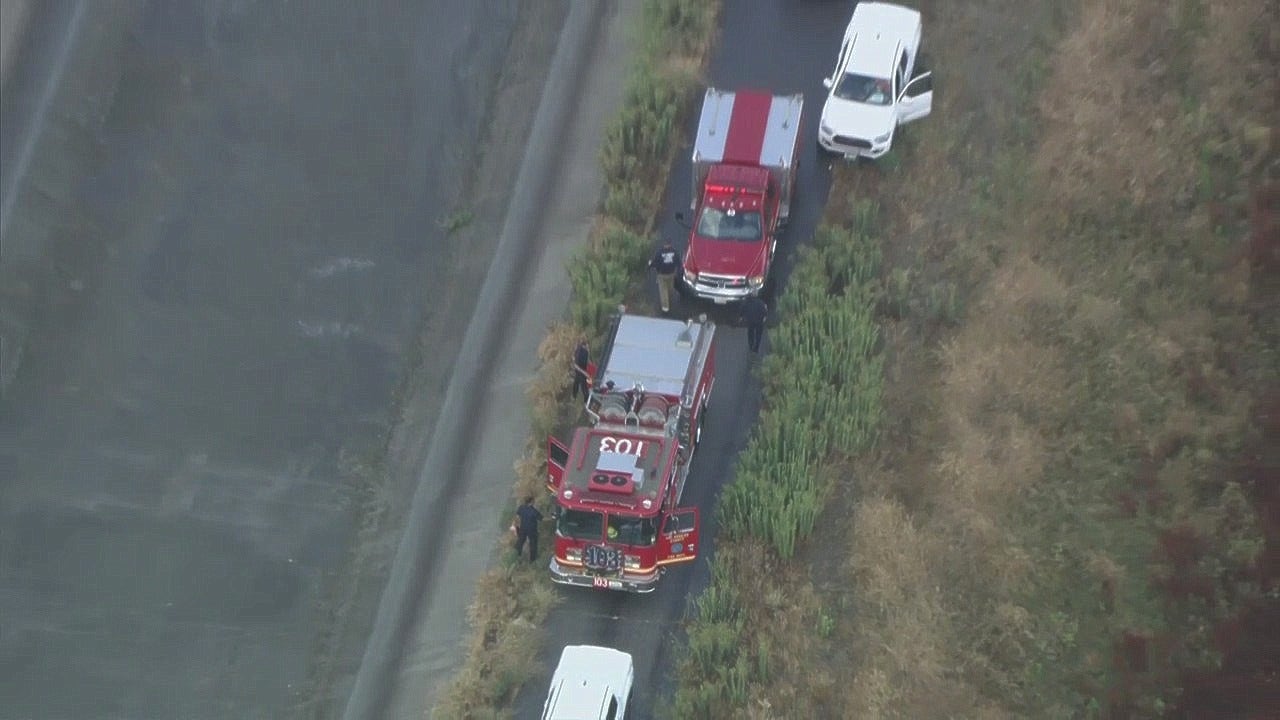 Woman, 2 dogs struck and killed by lightning in Pico Rivera

A woman and her two dogs were killed Wednesday by an apparent lightning strike in Southern California.

LOS ANGELES – A woman and her two dogs were killed Wednesday by an apparent lightning strike in Southern California, authorities confirmed to FOX 11.

Video from SkyFOX showed a large police presence near Mines and Rimbank avenues in Pico Rivera, which is approximately 11 miles southeast of Los Angeles. 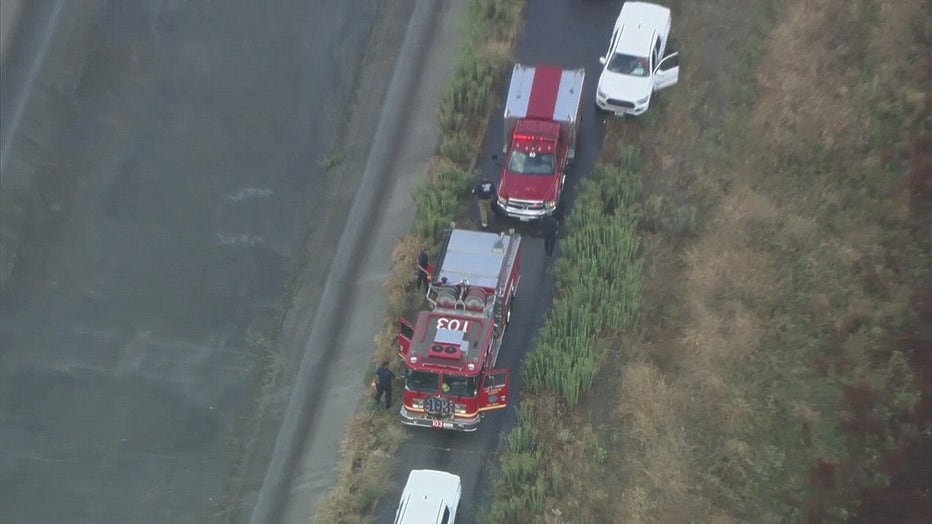 Pico Rivera city manager Steve Carmona told FOX 11 that the woman was walking with her two dogs on the San Gabriel River bike path when it appeared that all three were struck by lightning and killed.

The strike caused an indentation on the pavement.

To keep residents safe, the city has shut down all outdoor activities.

“We canceled our farmer’s market and also some of our summer camps for our kids that are playing outside just as a precaution,” Carmona said.

He advised residents, “Be cautious, be careful. There’s a high activity of thunderstorms in the area. This is a tragic incident. But again, we just caution the residents just to be careful.”

This comes after a summer storm continues to sweep through many parts of the region, bringing with it thunderstorms, gusty winds, and an elevated fire danger. Several beaches in the area were closed due to lightning.

The last lightning fatality in Southern California was in 2014, when a 20-year-old male was struck and killed.