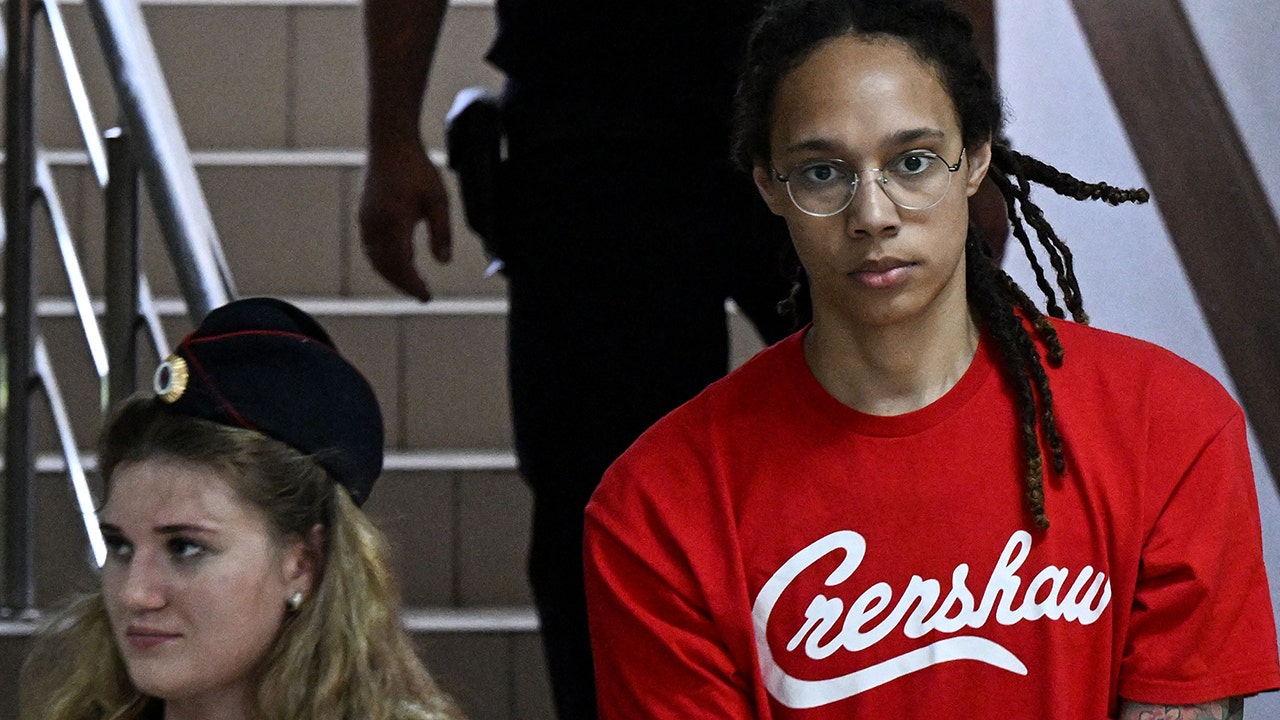 Griner pleaded guilty in a Russian court Thursday to a drug charge. She was accused of possessing vape cartridges containing oils derived from cannabis through a Moscow airport.

She’s been detained since February and has made few public appearances.

“Obviously we are thinking of Brittney Griner at this time,” Engelbert said in Chicago, via Reuters.

“She remains a huge priority for us, continues to have our full support, fully focused on getting her home safely and as soon as possible of course.”

Griner’s Russian legal team said Thursday that the WNBA superstar “decided to take full responsibility for her actions” when she pleaded guilty to a drug charge in a court in Moscow and hoped the sentence won’t be severe.

A close-up of a decal on the court in honor of Brittney Griner of the Phoenix Mercury during the 2022 WNBA Skills Challenge as part of the 2022 WNBA All-Star Weekend July 9, 2022, at McCormick Place in Chicago.
(Stephen Gosling/NBAE via Getty Images)

“Today, BG pleaded guilty. It was her decision informed by discussion with her legal defense team in Russia,” her legal team said. “Brittney sets an example of being brave. She decided to take full responsibility for her actions as she knows that she is a role model for many people.

“Considering the nature of her case, the insignificant amount of the substance and BG’s personality and history of positive contributions to global and Russian sport, the defense hopes that the plea will be considered by the court as a mitigating factor and there will be no severe sentence.”

Griner pleaded guilty one day after Russia’s Foreign Ministry said during a news briefing that the WNBA star will have the option to appeal her verdict or apply for clemency. The Foreign Ministry also disputed claims made by the US that it was wrongfully detained on Feb. 17.

The White House confirmed Wednesday that President Biden spoke with Griner’s wife and is actively “working to secure Brittney’s release as soon as possible, as well as the release of Paul Whelan and other US nationals who are wrongfully detained or held hostage in Russia and around the world.”

Before Griner entered a guilty plea, her legal team said it expected Griner’s trial to conclude around the beginning of August.