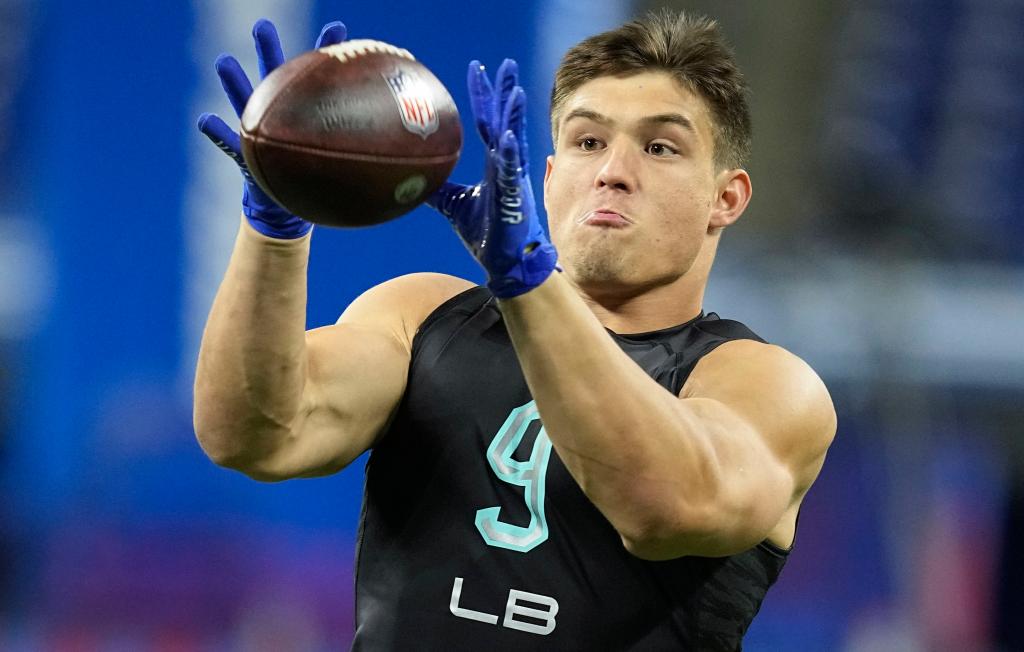 As part of The Post’s 2022 NFL Draft preview, we examine what the Giants might do at each position. Today linebackers Next up: cornerbacks.

So much of the evaluation of this position rests with the health of Blake Martinez. He performed as advertised in 2020 in his Giants debut, with a team-high 151 tackles manning the middle.

He tore his ACL in Week 3 last season and should be ready to roll sometime this summer. If he shows no physical limitations, he figures to anchor new coordinator Wink Martindale’s defense. Otherwise, there will be questions galore.

Tae Crowder started all 17 games in 2021 and accumulated 130 tackles — he is more than his “Mr. Irrelevant” draft status, but probably a notch below desirable NFL starter material. Quincy Roche (2.5 sacks) flashed a bit late last season. There is not much in the way of depth.

Devin Lloyd (Utah) is unquestionably worthy of a first-round pick and Nakobe Dean (Georgia), although smallish, is as well.

Goal at No. 5 or No. 7? That would be a stretch. More likely, the Giants will look to strengthen this position on the second day of the draft. Leo Chenal was a force in 2021 for Wisconsin’s top-ranked defense — 115 total tackles, 18.5 tackles for loss, eight sacks, two forced fumbles — and then tested off the charts at the combine.

To get him, the Giants might have to make the call in the second round (No. 36 overall) because he seems to be rising on draft boards. Christian Harris (Alabama) had a huge performance in the national championship game loss to Georgia — three sacks, four tackles for loss — and could be an option.