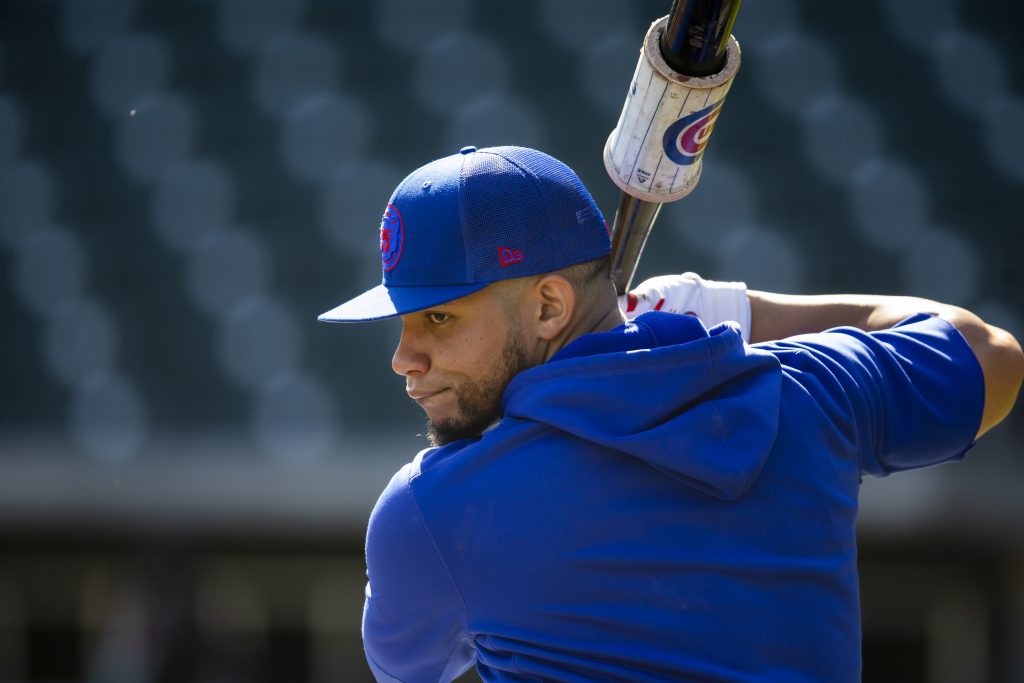 cubs catcher Willson Contreras made an early exit from today’s game due to what the club described as right hamstring tightness. The injury occurred in the third inning, as after Contreras had singled and then stolen second base, he bolted for third on what ended up being a foul ball from Seiya Suzuki. The catcher immediately grabbed at his right hamstring and, following a visit from the team trainer, left the game.

Afterward, manager David Ross told The Athletic’s Patrick Mooney and other reporters that “youhere’s definitely something going on,” with Contreras’ hamstring, and that “we’ll find out how extensive” after some testing.

At the very least, it would seem like Contreras will miss a game or two to monitor his leg problem. The Cubs’ next off-day is on May 27, so it’s at least possible the team might keep Contreras out of action (but not on the injured list) until then to see if a full 10-day IL stint could be avoided, though that would require Chicago to call another catcher up from the minors.

If an IL trip is required, Contreras and the Cubs can only hope that it’s a relatively short absence. The veteran backstop is off to a great start, hitting .258/.382/.458 with five home runs over his first 144 plate appearances. That would make for a career year for Contreras if he keeps hitting at that pace, and it would set him up nicely for a big contract this winter as the 30-year-old is eligible for free agency.

Missing several weeks or even months due to a hamstring injury would hamper Contreras’ ability to score top dollar on the open market, though given his track record, Contreras would still likely land a healthy contract even if his platform year is less than stellar. However, missing a lot of time prior to the trade deadline would certainly hurt or even erase the Cubs’ chance of a good return for the catcher, as trade rumors have swirled around Contreras for well over a year. One of the few Cubs veterans remaining after last summer’s deadline fire sale, Contreras recently said he hasn’t heard anything from the team about a possible contract extension.