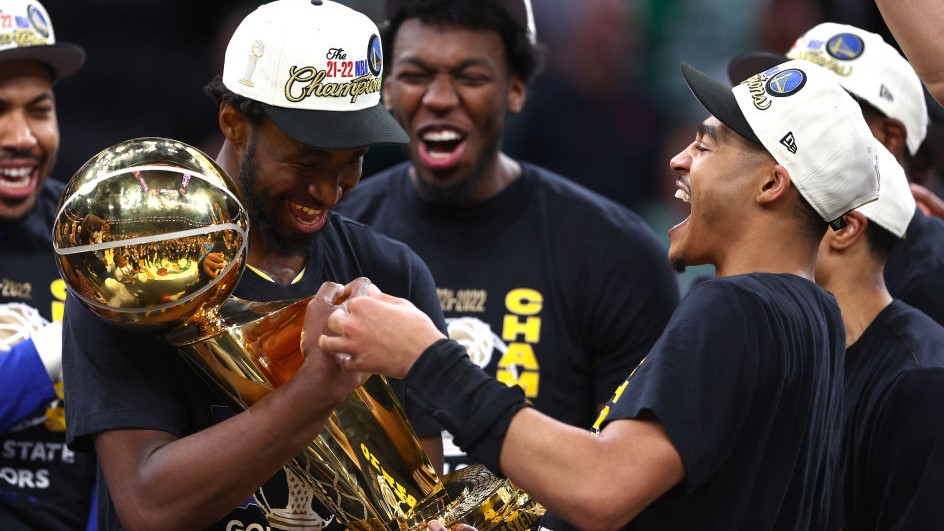 An apparently very drunk Andrew Wiggins delivered the new version of “I’m going to Disney World!” after yet another stellar performance from the Canadian helped the Warriors clinch another NBA title.

“Where we going?” Jordan Poole asked.

“Yes, we can do that,” Poole realized. Why? “You are a world champion, and you are about to get a bag!”

It was well-informed speculation. Poole, who has earned just $6 million in his three NBA seasons, is eligible for a massive nine-figure extension this summer. And before Game 6, ESPN reported that Wiggins — who has one year at $33 million left on his deal — and the Warriors could reach a lucrative extension this offseason. “They could extend off of that year another four years, three years,” Adrian Wojnarowski said on air. “Certainly there’s a motivation this summer to see if they can keep Andrew Wiggins long-term.”

Whether or not this title was a “checkbook win,” Joe Lacob’s checkbook is still very much open.

“When you do think you have a chance to go far and compete for a championship, our belief is we are going to do everything we can, use every last dollar,” Lacob told The Athletic after the win. “A lot of teams can’t do that or won’t do that, I guess. We have great revenue. Our business side is so good. We generate revenue at a great rate, so we’re able to spend a little more .There’s no doubt about that.”

Sounds like a man who’s ready to subsidize a few trips to Spain.