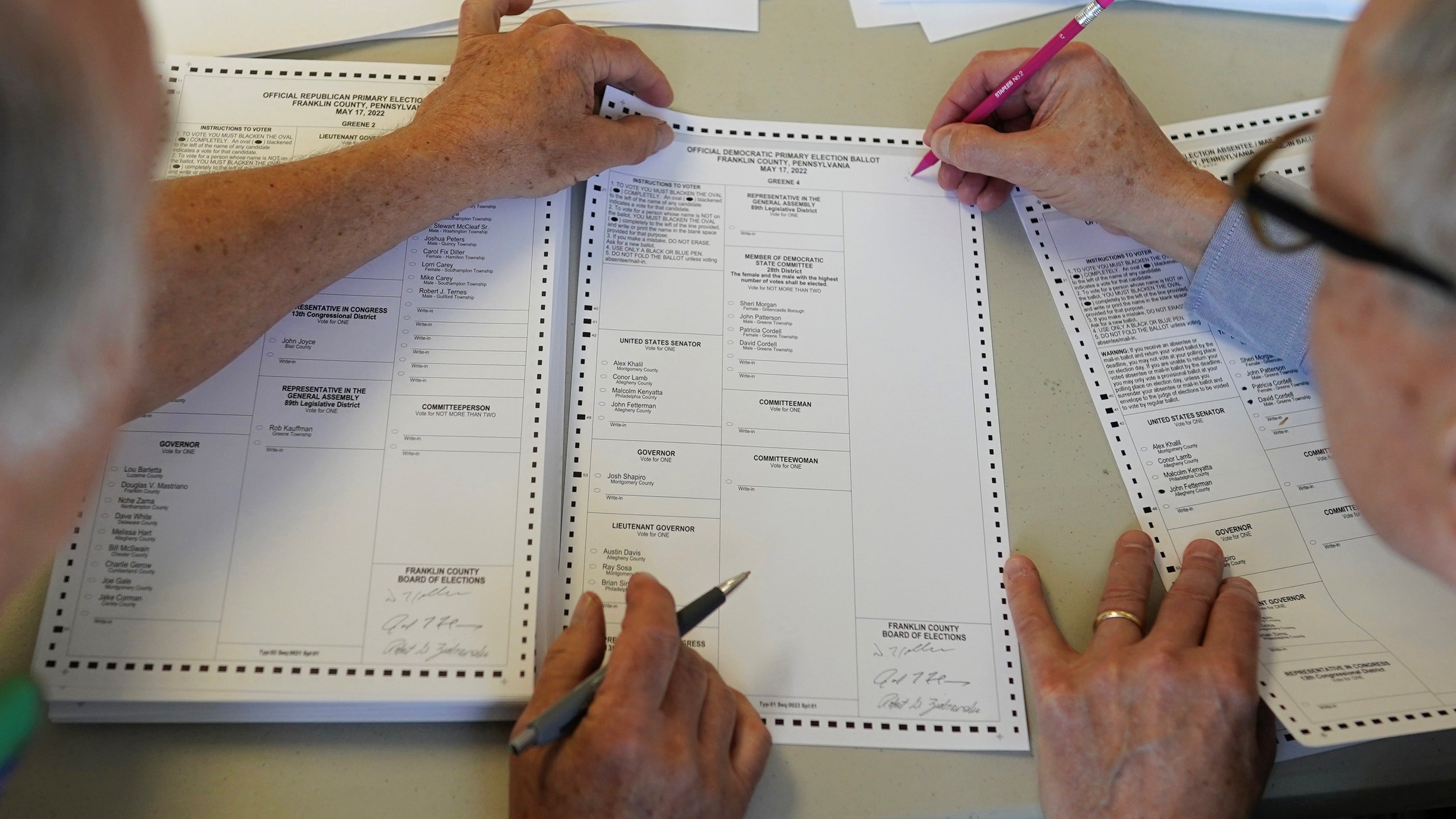 With Mehmet Oz and Dave McCormick virtually deadlocked and plenty of mail-in votes and absentee ballots left to count, it may be awhile before we know the winner in Pennsylvania’s highly combative and expensive Republican Senate primary.

Both candidates remain optimistic about their chances of victory.

“This election is ours. We have done well,” Oz said Wednesday night in an appearance on Fox News’ “Hannity.”

And Oz, who until the launch of his Senate campaign late last year was host of TV’s popular “Dr. Oz Show,” noted that “we have covered all counties to ensure that the ballots are correctly counted.”

McCormick, appearing on Fox News’ “The Ingraham Angle” an hour later, emphasized that “our campaign had put a lot of energy and time into focusing on these absentee voters and focusing on our ground game. And so that has paid off, big dividends.”

“I have a lot of confidence I’m going to win this because there’s tens of thousands of outstanding absentee ballots, and I’ll win those disproportionately. And that’ll put me over the top,” he predicted.

Dave McCormick and his wife Dinah Powell talk to supporters during his returns watch party in the Pennsylvania primary election, Tuesday, May 17, 2022, in Pittsburgh.
(AP Photo/Keith Srakocic)

But with plenty of counties in the key battleground state still tabulating mail-in bundles, and with the counting of absentee, provisional, and overseas and military ballots likely to take days, it’s going to take some time to determine the winner in a primary race The Associated Press has yet to call.

The Pennsylvania Department of State told Fox News that as of 10 am Thursday, approximately 51,000 mail-in and absentee ballots still needed to be counted overall in the Keystone State. According to officials, 17,000 of those ballots were cast the the GOP primary.

CLICK HERE FOR THE LATEST PRIMARY RESULTS FROM FOX NEWS

One reason it’s taking so long to count the votes is most likely due to a Pennsylvania state law that prevents county election officials from processing ballots sent by mail until Election Day. Plenty of other states allow for the pre-processing of mail-in ballots – including removing the ballots from envelopes and verifying that they were cast by a valid registered voter – ahead of Election Day.

Not pre-processing mail-in ballots ahead of Election Day can slow down the vote count, due to the time-consuming chores of opening the envelopes and verifying the ballot. This was a factor in the very slow vote count in Joe Biden’s razor-thin victory over Donald Trump in the 2020 election. Pennsylvania experienced a massive infusion of mail-in ballots – thanks in part to health concerns of in-person voting amid the early days of the coronavirus pandemic and to a new state law at the time that allowed any voter to cast a ballot by mail without an excuse.

If the race between Oz and McCormick stays close, the contest would go into overtime. By law, Pennsylvania’s secretary of state must order a recount by 5 pm May 26 if the margin stays with .5%.

Either McCormick or Oz will face off against Pennsylvania Lt. Gov. John Fetterman, who easily won the Democratic nomination, in the fight to succeed retiring GOP Sen. Pat Toomey. The race is one of a handful across the country that will likely decide if Republicans win back the Senate majority in November’s midterm elections.

Oz, McCormick and the other major contenders in the GOP nomination race all worked for months to land Trump’s endorsement. Sixteen months removed from the White House, the former president remains the most popular and influential politician in the Republican Party as he continues to play a kingmaker’s role in party primaries and repeatedly flirts with another national bid in 2024.

Trump endorsed Oz last month and thanks to his full-court press during the closing days of the campaign on behalf of Oz, he was a key factor in the race. His vocal support for Oz was likely instrumental in easing fears of many on the Right who were concerned about Oz’s conservative credentials.

Trump – who for a year and a half has continuously re-litigated his 2020 presidential election loss and repeatedly makes unproven claims that the election was “rigged” with “massive voter fraud” – on Wednesday alleged in a statement on social media that “in Pennsylvania they are unable to count the Mail-in Ballots It is a BIG MESS.”

And he urged that “Dr. Oz should declare victory. It makes it much harder for them to cheat with the nerds that they ‘just happen to find.'”