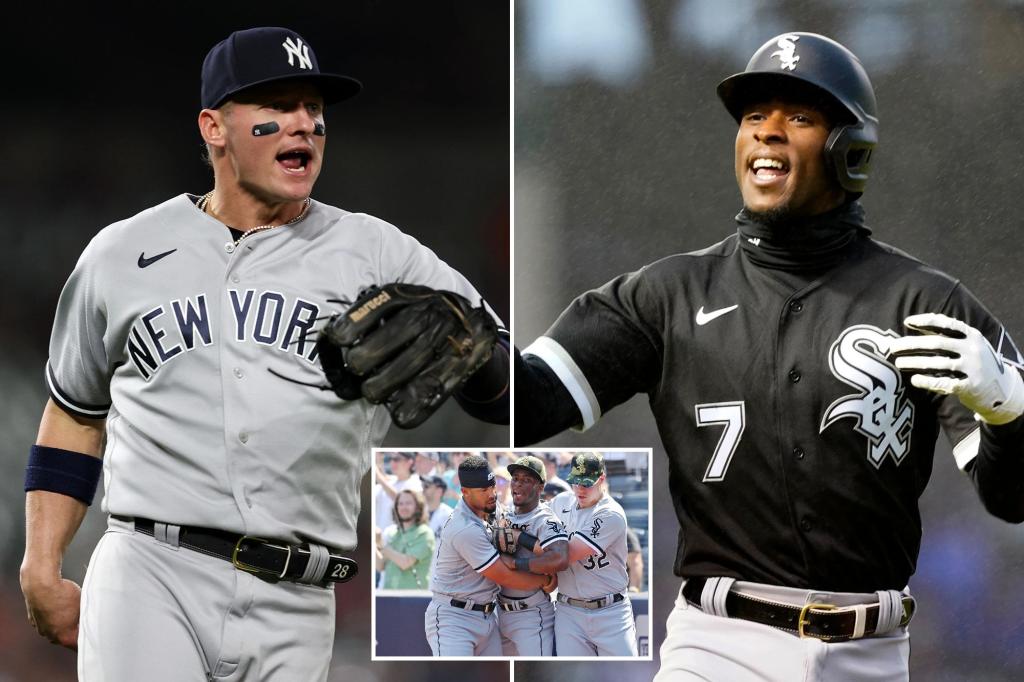 Tim Anderson accused Josh Donaldson of making a racist comment on Saturday that nearly ignited a benches-clearing brawl, but the Yankees third baseman said he believes the White Sox shortstop took his words the wrong way.

After the Yankees’ 7-5 victory at the Stadium, Anderson said Donaldson used the phrase, “What’s up, Jackie?” multiple times to him during the game. Donaldson’s response was that he has jokingly called Anderson “Jackie” (as in Jackie Robinson) in the past because the infielder referred to himself in 2019 as “today’s Jackie Robinson.”

“He just made a disrespectful comment. He was trying to call me Jackie Robinson, ‘What’s up Jackie?’ “Anderson, who is Black, said. “I don’t play like that. … That happened the first time he got on, and I let it go that time, and it happened again. It’s just uncalled for.”

Donaldson did not deny the remark, referring to a 2019 Sports Illustrated story in which Anderson compared himself to the legendary Jackie Robinson.

“I called him Jackie. He came out with an interview that says he’s the new Jackie Robinson … We’ve actually joked about that,” Donaldson said. “I’ve said it to him in years past, not in any manner [other] than just joking around.”

On Saturday, the two players exchanged words in the third inning and again in the fifth, with Anderson running to home plate after he saw Donaldson, prior to his at-bat, talking for an extended period of time with White Sox catcher Yasmani Grandal. Multiple teammates had to hold Anderson back.

“What sparked it is the comment he made,” Grandal said. “This game went through a period of time where a lot of those comments were made and I think we’re way past that. It’s just unacceptable. I just thought it was a low blow, and I want to make sure I got my team’s back. There’s no way you’re allowed to say something like that.”

Both benches were warned, but it was otherwise just back-and-forth jawing. A week ago, the two got into it at third base when Donaldson appeared to push Anderson off the bag, resulting in Anderson shoving Donaldson off him and the two exchanging words. Coaches got between the two before anything further happened.

“Same smoke,” is how Anderson described it.

The two crossed paths again Saturday in the seventh after Donaldson walked and was erased at second on a double play ball. Anderson turned and seemed to say something to Donaldson, who appeared to laugh to himself as he ran back to the dugout.

As for further fireworks between the two players, Anderson was uncertain how things would unfold.

“I can’t really call it, because I don’t know my energy when I see him, I don’t know his energy,” Anderson said. “But we’ll see.”