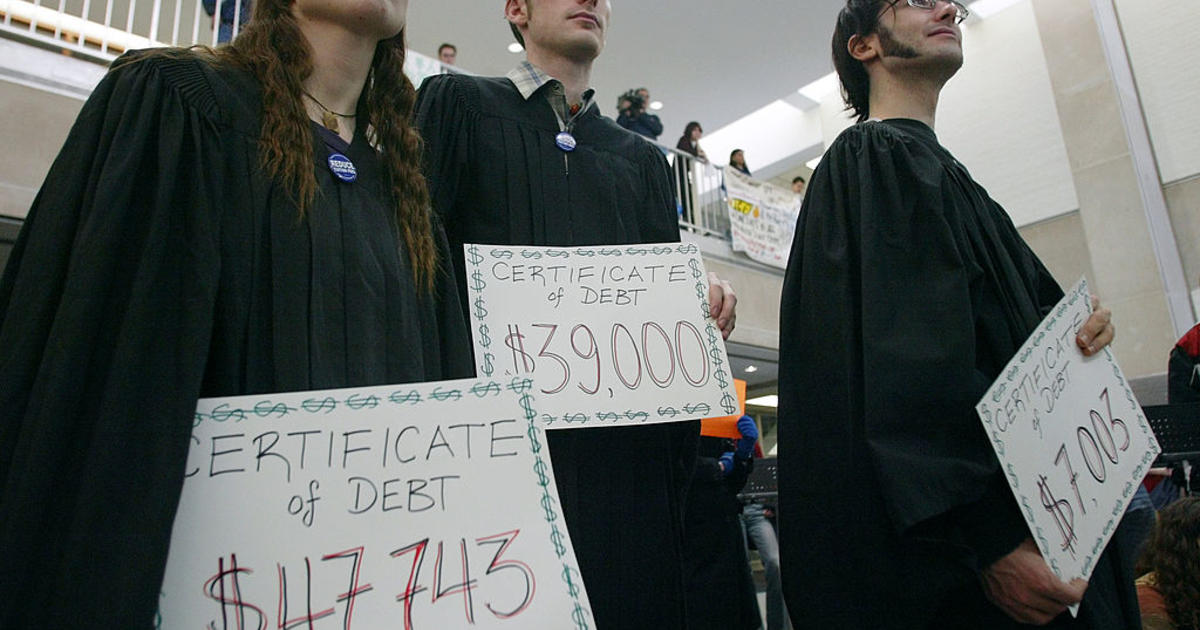 The Biden administration announced an extension of the federal student loan payment pause Wednesday, delaying the repayment of student loans until August 31. The payment pause was previously slated to end May 1.

Roughly 37 million student loan borrowers have been in limbo for several months over whether the payment pause would be extended. For many of them, it would have been the first time they would have had to start making student loan payments since the pause began at the start of the coronavirus pandemic in March 2020.

“If loan payments were to resume on schedule in May, analysis of recent data from the Federal Reserve suggests that millions of student loan borrowers would face significant economic hardship, and delinquencies and defaults could threaten Americans’ financial stability,” President Biden said in a statement.

The Biden administration has already extended the federal student loan payment pause several times. Most recently, in December, it pushed the deadline back 90 days from the end of January to May despite claiming earlier when they extended over the summer that it would be the “final” extension.

In Wednesday’s statement, the president said the extension would help “enable Americans to continue to get back on their feet after two of the hardest years this nation has ever faced” as well as give the Department of Education time to continue improving student loan programs.

A group of Democratic lawmakers, including Senate Majority Leader Chuck Schumer, Senator Elizabeth Warren, and House Majority Whip Jim Clyburn sent a letter to the president at the end of March calling on him to delay payments resuming until at least the end of the year, noting it saved borrowers an average $393 a month during the pandemic. That same group of Democratic lawmakers have also called on the president to cancel student loan debt.

Earlier this month, White House Chief of Staff Ron Klain said the decision on whether there could be student debt forgiveness through executive action was going to be made before the payments resume or the president would extend the pause.

“We recognize that extending the payment pause is important to borrowers struggling to shoulder the harm caused by the pandemic, economic shocks and inflation. However, President Biden’s piecemeal, short term approach is not enough to meet these challenging times,” said Natalia Abrams, president and founder of the Student Debt Crisis Center. “The president has an opportunity to pass bold, meaningful relief instead of Band-Aid measures. We urge the president to consider the transformative effect permanent student debt cancellation would have for individuals, their families, and the economy.”

The federal student loan payment pause has already resulted in $195 billion worth of waived payments through this April, the Federal Reserve Bank of New York recently found.

The Committee for a Responsible Federal Budget, which had called for the student loan payments to resume, estimated extending the pause would cost an additional $50 billion per year.

Where the deeply divided Congress may not have the necessary support to pass student loan legislation and an executive order could face legal challenges, student financial aid expert Mark Kantrowitz has suggested the Biden administration may be able to go through the regulatory process.

“Income-driven repayment plans are effectively loan forgiveness plans,” Kantrowitz said. “They forgive the remaining debt after a number of years in repayment.”

Kantrowitz argued one of those repayment plans has very broad regulatory authority, so the administration could create a new loan forgiveness plan and reduce the eligibility thresholds.

While there has not been broad student debt cancellation, since taking office, the Biden administration has canceled $17 billion in student loan debt, including debt forgiven for borrowers who were found to have been defrauded by schools as well as public service loan forgiveness, and canceling debt for borrowers who are permanently disabled.

More than 43 million borrowers hold more than $1.6 trillion in student loans debt, according to Education Department data. Student loan debt is the second largest amount of debt for US consumers behind mortgages.