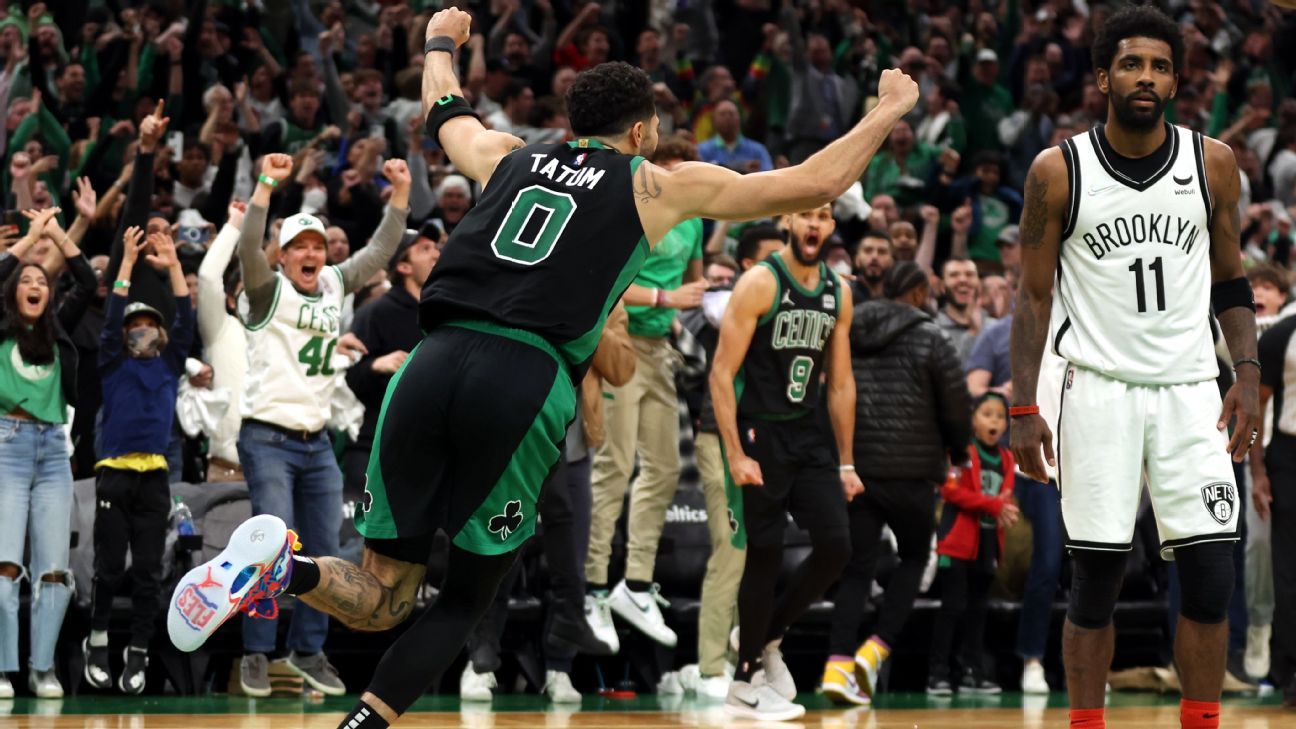 You heard the question as rivals eyed the standings and maybe even jockeyed to avoid them:

Why is everyone so afraid of the Brooklyn Nets?

Well, that’s why: Even when perhaps the world’s best player shoots 9-of-24 — even amid a season in which it has been impossible for them to develop any momentum — they take the No. 2 seed to the wire in Game 1 of what could be a riveting first-round series.

All it took was one of their two (available) stars compensating for the shooting struggles of the other, plus good games from two role players — Nic Claxton and Goran Dragic.

It felt like Game 5 of a late-round series. These teams know each other. They attacked in the ways you expected. The coaches did not leave much low-hanging adjustment fruit.

The end result was a gut punch for the Nets. The Boston Celtics are the most complete team. They went 33-10 in their last 43 games, mauling opponents by 13.5 points per 100 possessions — almost double the margin of the No. 2 team (the Phoenix Suns, an NBA metronome) in that span. Their rotation has been consistent for months.

Joe Harris’s absence has loomed over this entire season; he might be the best shooter among Brooklyn’s perimeter role players, and better than all but Bruce Brown on defense. The potential presence of Ben Simmons looms over this series. The Nets are hopeful he might return, maybe soon, and he might unlock the center-less lineups that probably represent the team’s highest ceiling.

All those uncertainties are why snaring Game 1 seemed urgent for the Nets once they took the lead. Their margin for error is a little smaller. Simmons would widen it some.