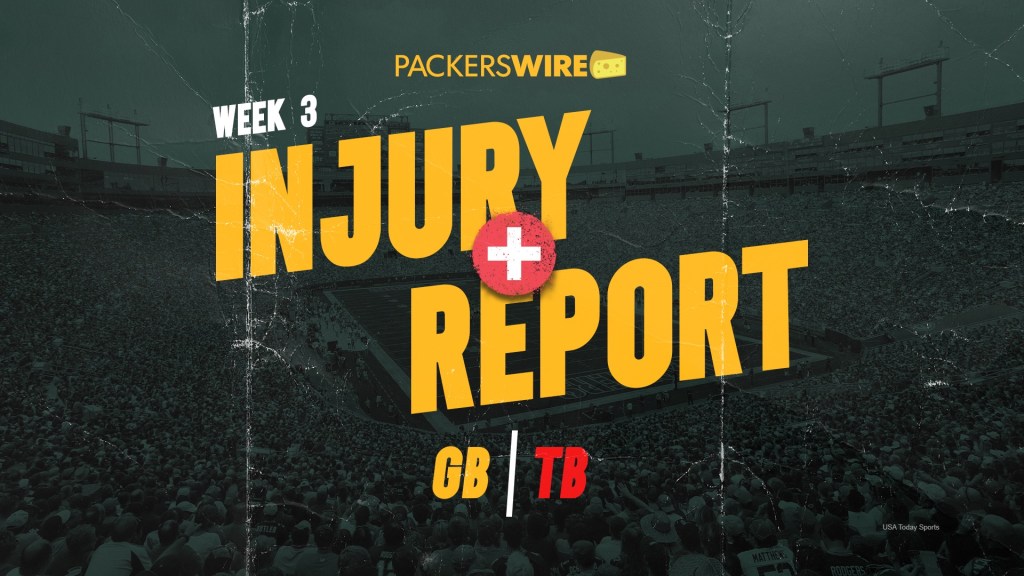 The Green Bay Packers provided an update to Week 3’s injury report on Thursday. The team made seven changes, including six downgrades – making Friday’s final injury report all the most important ahead of Sunday’s showdown with the unbeaten Tampa Bay Buccaneers.

First, the good news: left tackle David Bakhtiari returned to practice in a limited capacity on Thursday. He missed Wednesday’s practice. Could this be the week he returns? Pay attention to his practice participation on Friday. The Packers still aren’t sharing publicly if he’ll play Sunday.

That means the Packers’ top four receivers were out on Thursday and could have uncertain playing availability for Sunday.

Special teams coordinator Rich Bisaccia was confidant Crosby would be fine by Sunday.

Of the nine players on the Packers’ injury report, eight are preferred starters, including six on offense.