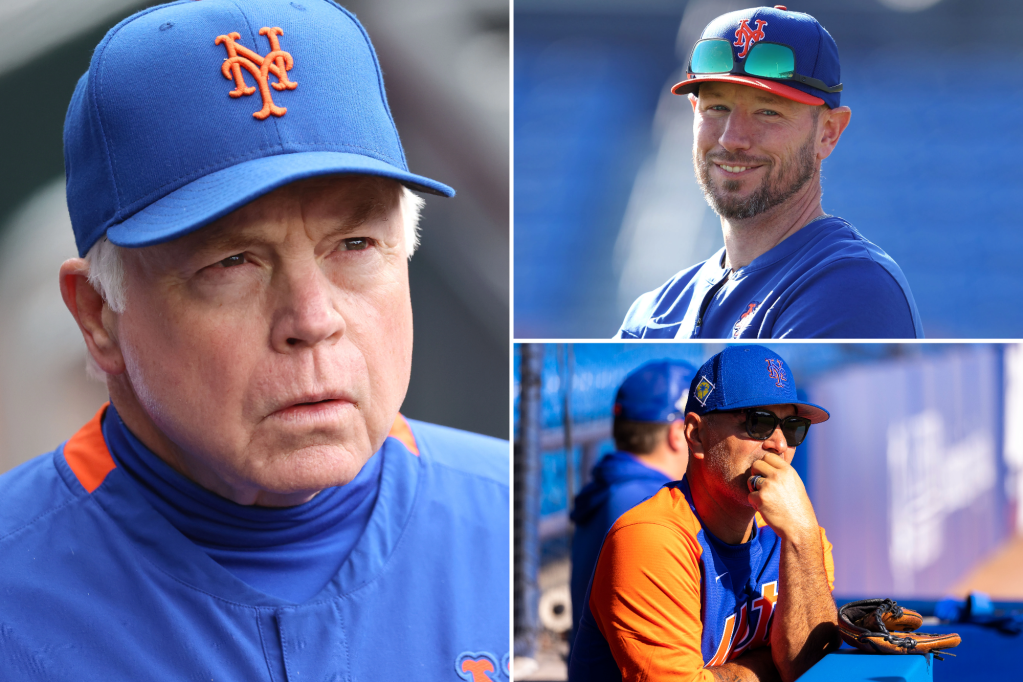 Sixty minutes before the first pitch Wednesday night, the Mets did not have a lineup. In the hours leading up to their game against the Giants, they did not have a manager.

Well, at least a full-time manager at Citi Field.

“I know who our manager is, and that’s Buck,” Pete Alonso said of Buck Showalter, who missed the game because of a medical procedure.

Showalter’s backup would have been Glenn Sherlock, but the bench coach has been in the COVID-19 protocols. The absence of the two top leaders in the dugout led to a strange dynamic, in which the Mets were not sure whether Sherlock would be back with the team in time to make the in-game decisions.

As the Mets prepared without a set starting nine or a set person designated to pencil in the 1-through-9, plenty of players were looking around.

“I don’t think we know [the interim manager] at the moment,” Luis Guillorme said a couple of hours before first pitch. “We’ll find out, we’ll see.”

As it turned out, Sherlock did not clear the protocols in time. A lineup eventually was filled out and released less than an hour before game time, with general manager Billy Eppler likely involved in the design.

The belief was at least hitting coach Eric Chavez (who brought the lineup card out to the umpires) and pitching coach Jeremy Hefner would contribute to the in-game decisions, though some reports said acting bench coach Dick Scott would be included. From the opposing dugout, Giants manager Gabe Kapler said he believed Chavez would be the interim manager.

What was clear was it would take more than one person to replace Showalter.

“It’s manager-by-committee, it’s nothing surprising,” Alonso said before the game. “I feel like Buck, he’s the guy that makes the decisions, but he gets informed by a lot of the different coaches and stuff like that. I feel like this is just going to be another day.”

A strange day, but the Mets were trying not to focus on the oddity of it all. Surely helping in the matters was the likelihood the lineup had the actual manager’s fingerprints on it. Showalter gave the Mets his “marching orders” before stepping away, Alonso said, alerting them about his upcoming situation.

The procedure was not a surprise, and Showalter addressed the team saying he would just miss the one game.

“He’s not just going to say, ‘See you later,’ just leave us all hanging,” said Alonso, who was batting cleanup and playing first base. “But I feel like for the people that are in charge, I feel like he gave those [people] the talk. He just let us know, ‘Hey, not going to be here [Wednesday]. I’ll be back on Thursday.’ ”

No coach stepped into Showalter’s role and formally addressed the media before the game.

“Everybody knows what they’re doing in there,” said Guillorme, who ordinarily would be around the manager in the dugout awaiting his turn, but was starting at second base. “I think any of the coaches can be a manager.”

The 65-year-old Showalter did not announce the specifics of the procedure. While there was plenty of curiosity around the late-game decisions that would have to be made without him, there also was sympathy and empathy for a baseball lifer who, the team knew, would only be stepping away for a day if he needed to step away for a day.

“He had to do what he had to do,” Guillorme said.

“He’s such an old-school baseball guy. And, I mean, he loves it,” Alonso said. “He loves being at the yard, and I know that for him it’s probably a little bit difficult, but I know he’s going to be right back at it again on Thursday.