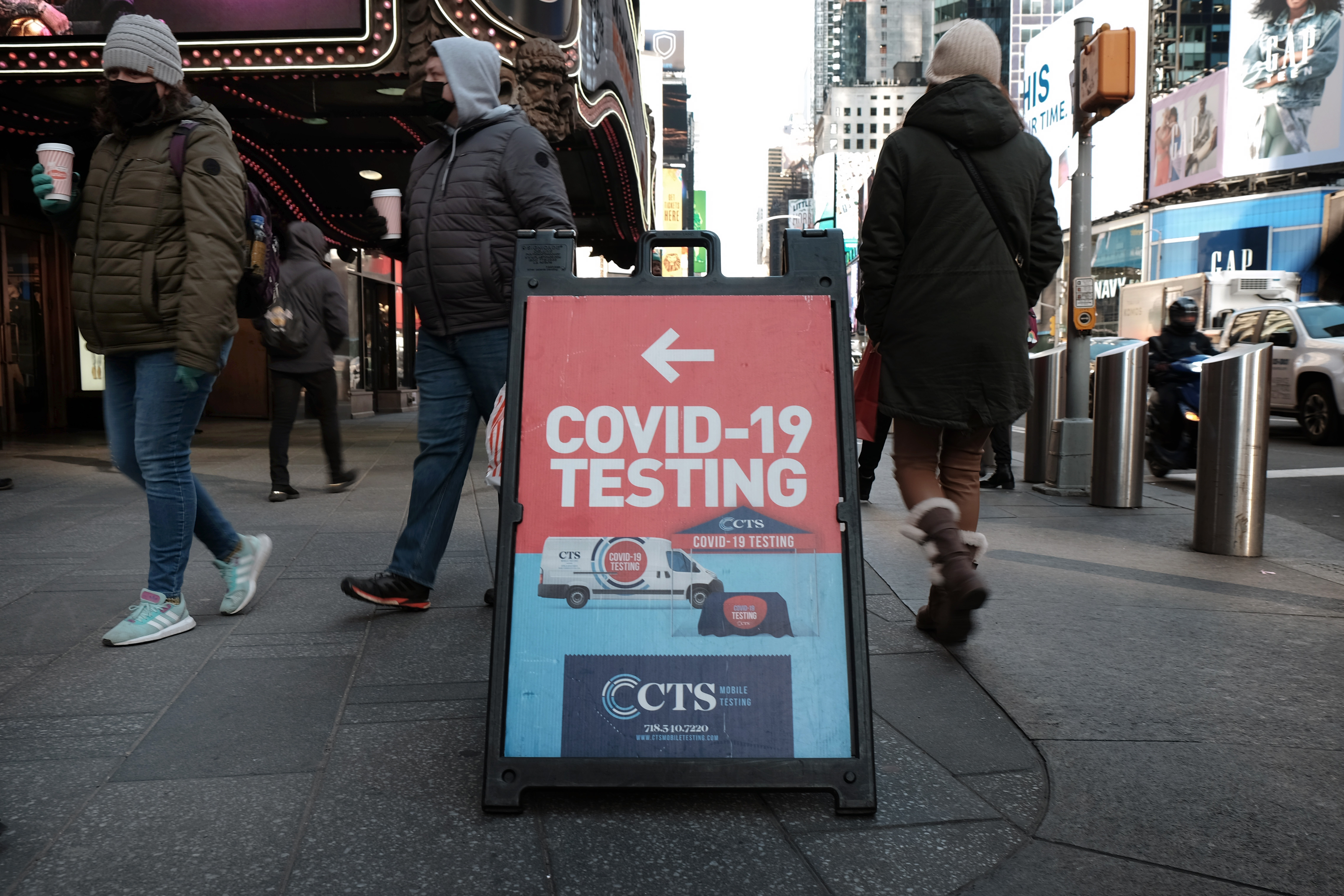 “If we get to a point where companies really are turning off lines or laying off people — are not making investments in the Covid test market — and we have another surge, then we will not be ready to go,” Tom Inglesby, White House senior adviser for Covid response, told POLITICO. “We will be in a situation that is potentially much worse than what we had with Omicron.”

Scott Becker, the CEO of the Association of Public Health Laboratories, said that the US is repeating the same mistakes it made last summer when demand for testing plummeted and test manufacturers scaled back production.

“It’s like we’ve learned absolutely nothing as a system during this pandemic,” Becker said. “I have no reason to believe that wouldn’t happen again because they don’t have the demand.”

The concern over the supply of testing comes as the Biden administration warns Congress that if it does not soon provide more than $15 billion in additional funding, the administration will not be able to purchase new supplies of drugs, vaccines, masks and tests. The White House on Tuesday plans to wind down the federal subsidies that guarantee free tests for uninsured people due to lack of funding.

Without sufficient testing, public health officials may not be able to detect new outbreaks and variants of concern in a timely manner, according to Dan Lee, senior vice president of life sciences and growth at Covid-19 testing and sequencing company Helix.

“Testing for the uninsured impacts about 30 million people in the United States,” Lee said. “You’re gonna get less complete data. And unfortunately, it’s less complete data in some of the places where you expect some of the highest transmission. So, we do expect that it will impact surveillance.”

Jennifer Nuzzo, a Johns Hopkins epidemiologist, said it is critical the US maintains an ability to quickly catch new Covid-19 outbreaks now that it has pulled back mitigation measures like mask mandates in many locations.

“I am much more worried about our surveillance than I’ve ever been,” Nuzzo said. “We’re at this point where the numbers get smaller, you need a brighter light to shine to spot problems before they become huge than you did before.”

Yet there is a growing consensus that the US is again failing to prepare, and private companies may not manufacture enough tests or maintain adequate staff without “some incentives or price assurances” from the federal government, said William Morice, president of Mayo Clinic Laboratories.

“If we do see another big spike in cases, we’re going to see the same exact thing happen with testing where it’s going to take a while, at least three or four weeks for us to try and gear back up to meaningful capacity, ” said Morice, who is also the president of the American Clinical Laboratory Association board of directors. “It would be too late to do some of the things that they really want to do in terms of mitigating efforts.”

Federal health officials are reviewing ideas submitted to a recent request for information intended to guide new investments in part aimed at subsidizing manufacturing during periods of low demand to maintain capacity for surges of Covid-19 tests even when demand is low. But the White House is warning that Covid-19 response funds are running dry.

Out of $47.8 billion in American Rescue Plan funds intended for testing and mitigation, more than $45 billion is “obligated or being executed,” $2.6 billion is allocated and none remains available for new initiatives, according to a Covid-19 funding table from February obtained by POLITICO.

White House officials have said that without new funds from Congress they will not have the resources to respond to a Covid surge. It is unclear whether Congress will authorize new money after House Democrats revolted against a plan to use funds that had been designated for state aid.

One Senate Democrat aide granted anonymity to candidly discuss ongoing discussions said several lawmakers remain frustrated over what they perceive as inadequate accounting of how previous relief funding has been spent. Some are also exasperated that they are being asked to spend more on the Covid-19 response after CDC loosened its masking guidance last month.

“We’re seeing numbers decrease and so I think because of that, people on the ground don’t really understand why we need to keep purchasing this stuff,” the aide said. “It sounds terrible, but people are just over it. And nobody wants to talk about it.”

The Capitol Hill stalemate is facing blowback from public health experts and test makers who are alarmed that preparedness is deteriorating despite the threat of a resurgence in cases driven by the more-transmissible BA.2 Omicron subvariant.

“There’s a real lack of understanding that public health is about prevention and preparedness, which means you’re not waiting for a crisis,” said Céline Gounder, an infectious disease expert who served on Biden’s Covid-19 advisory board during the transition and is now a senior fellow and editor at large for public health at the Kaiser Family Foundation and Kaiser Health News. “You’re not being reactive, you’re being proactive.”

Testing manufacturers have told administration officials that demand has fallen so precipitously that without existing investments — like the government’s commitment to contract for 1 billion at-home tests — they would already be shutting down lines. To date, the government has contracted for more than 700 million of the at-home tests, according to White House spokesperson Kevin Munoz.

“There’s a real lack of understanding that public health is about prevention and preparedness, which means you’re not waiting for a crisis.”

And Mara Aspinall, a Covid-19 testing adviser to the Rockefeller Foundation and board member of test maker OraSure Technologies, said she is aware of some manufacturers that are cutting back production shifts.

The four-week rolling average of molecular tests shipped in the US is 4.7 million, down from 10.8 million, one month ago, according to a registry of shipments from 13 diagnostic manufacturers maintained by AdvaMed, a trade group.

“The lack of adequate manufacturing capacity leading into and at times during the Covid-19 pandemic, contributed to testing shortages,” Susan Van Meter, executive director of AdvaMedDx, wrote to the Department of Health and Human Services last week. “To avoid this problem in the future, the federal government should contract with diagnostic manufacturers that have invested in expanded capacity during the Covid-19 pandemic to sustain these increased manufacturing levels.”

iHealth COO Jack Feng told POLITICO his company — which has been importing substantial numbers of tests made in China — has seen demand for tests in the US drop significantly over the past few weeks.

“We’re not sending more tests to the United States because the demand is quite stable, we have a good enough stock,” Feng said. With Covid-19 cases increasing in China, iHealth’s Chinese manufacturer is prioritizing supplying tests “to the Chinese government and people,” he added.

iHealth, which won emergency use authorization for its test from the FDA in January, is in the process of setting up production in California. But it will take at least two months to hire staff and set up production lines if everything goes well — a time frame that could stretch to six months to a year if demand remains low, according to Feng.