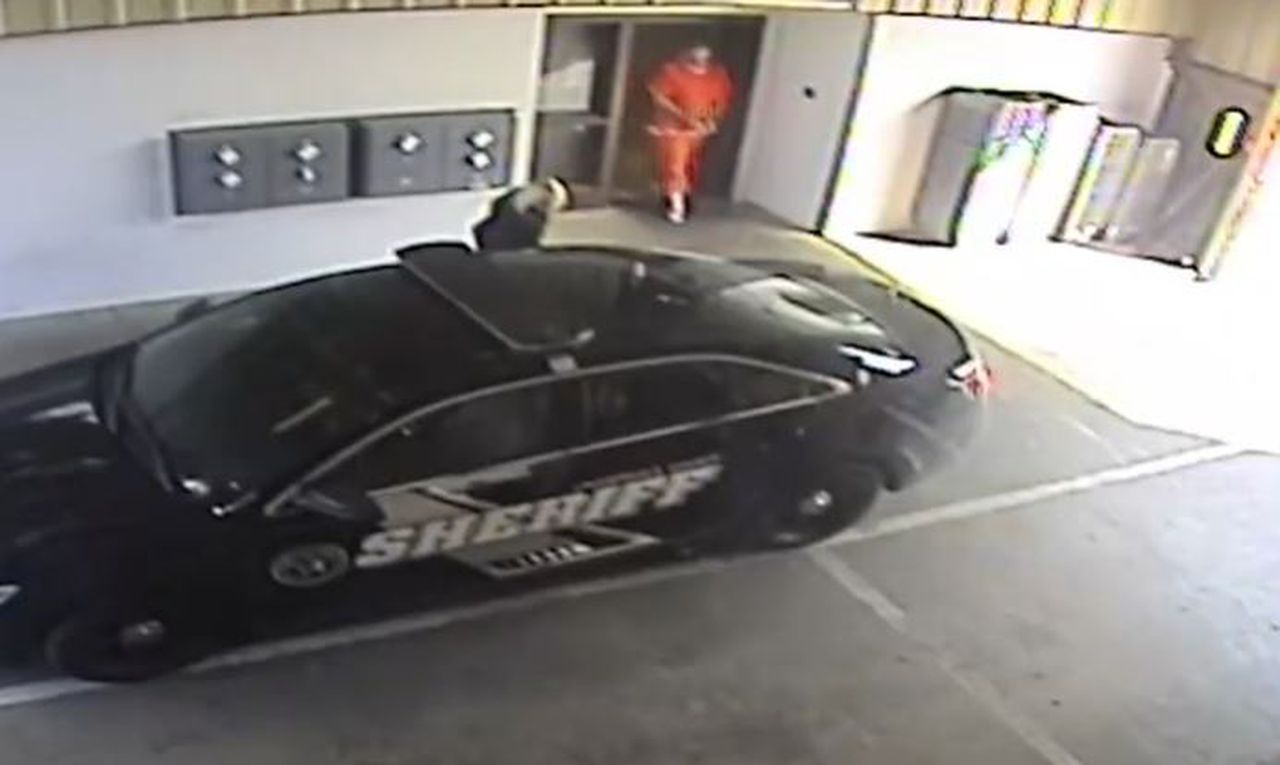 The moment capital murder suspect Casey White and Alabama jail supervisor Vicky White left the Lauderdale County Jail in what appears to be a well-planned escape was captured on video that was released by authorities on Tuesday evening.

The pair, who Sheriff Rick Singleton said were in a “special relationship,” have been on the run for four days.

Casey White, 38, is a capital murder suspect who was already serving a 75-year-sentence for unrelated convictions and Vicky White, 56, is now charged with permitting/aiding an escape which is a felony crime.

The April 29 video released Tuesday shows Vicky White at 9:29 am Friday drive her sheriff’s cruiser to a door at the jail in downtown Florence and exit her vehicle.

She goes into the jail’s booking area, and emerges moments later with a shackled Casey White. Vicky White walks with him to the car, opens the door and shuts it after he is in the back seat.

In less than two minutes, the two were gone.

Vicky White’s patrol vehicle was spotted just eight minutes later at Florence Square shopping center at Huntsville Road and Cox Creek Parkway. They have not been heard from since then.

The sheriff said Vicky White instructed another officer to prepare Casey White for transport that day saying she was transporting him to a court hearing and then going to a doctor’s appointment after she dropped him off because she was not feeling well.

Singleton said it is believed Casey White was laying in the backseat of the patrol vehicle to avoid detection until they arrived at the shopping center and changed vehicles.

Authorities later determined Casey White was not scheduled for a court hearing. Vicky White never showed up at her doctor’s office.

Vicky White had sold her home about a month ago for $95,500 and had been living with her mother. She turned in her retirement papers on April 28, which her last day at work scheduled for the day she and the inmate disappeared.

US Marshal Marty Keely on Tuesday said the two, who are not related, were last seen later Friday in Rogersville in a gold/copper 2007 Ford Edge with Alabama plates. They are believed to be armed with an AR-15 and a shotgun, in addition to Vicky White’s service weapon.

Information should be relayed by calling 911, Keely said, and the public should not approach either suspect, Keely said.

“We consider both of them dangerous,” he said.

Information can be provided at the USMS Communications Center at 1-800-336-0102. Anonymous tips may also be submitted via the US Marshals Tip App.