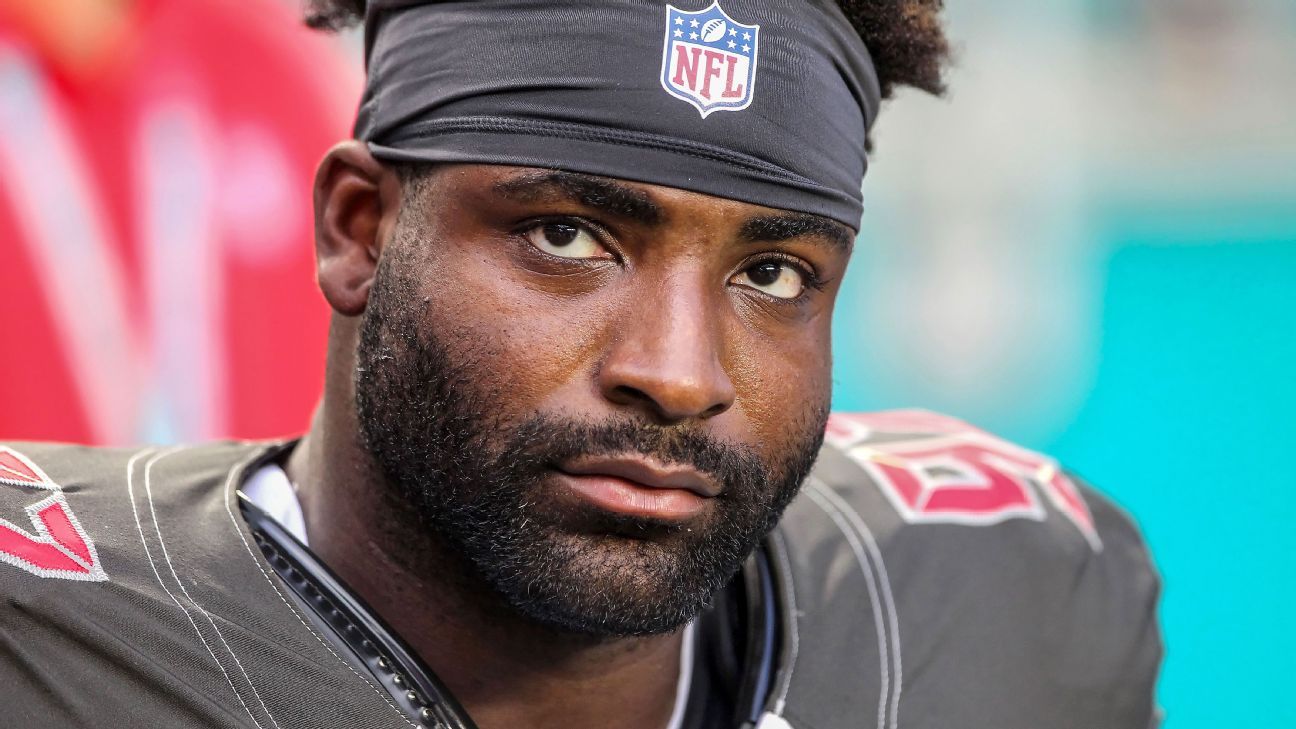 FLORHAM PARK, NJ — When veteran defensive end Vinny Curry announced last August that he’d have to miss the season because of a rare blood disorder that required the removal of his spleen, he promised to return in 2022. And now he has.

Curry, who turns 34 on June 30, re-signed with the New York Jets on Wednesday, the team announced. In a video posted to the team’s official Twitter pagean excited Curry declared, “I’m back, baby. I’m ready to take flight and kick some ass on the way.”

There was serious concern about Curry last summer.

Despite the diagnosis in July, the initial expectation was that he would be able to return in the middle of September once he recovered from the splenectomy. But then blood clots formed and forced him to take blood thinners. That, he said at the time, would prevent him from having physical contact for three to six months. “[The doctors] have informed me that I am expected to make a full recovery and return to the field next season,” Curry said then.

“I am grateful to all those who have reached out to me on the phone, through social media and in person. I can promise them all that I will be back stronger and more determined than ever.”

Curry is best known for his time with the Philadelphia Eagles. He played eight seasons for the Eagles and was a starter on their 2017 Super Bowl championship team.

Looking for defensive-line depth and leadership, the Jets signed Curry, who was born in New Jersey, to a one-year contract last offseason. But he never made it to the field.

Curry returns to a fairly competitive situation at defensive end. In free agency, the Jets signed Jacob Martin, who will join Carl Lawson (returning from Achilles surgery), John Franklin-Myers and Bryce Huff. There’s also a good chance the Jets will draft a defensive end with one of their two first-round picks in next week’s draft.