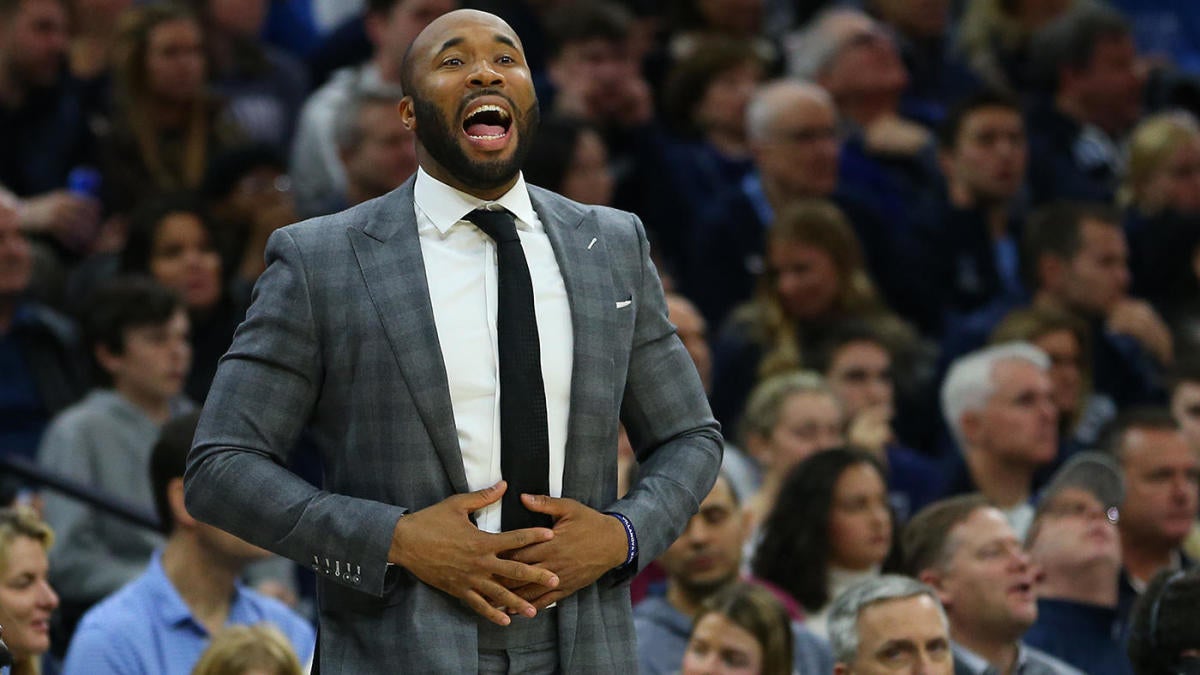 Fordham coach Kyle Neptune has been named the next men’s basketball coach at Villanova following Jay Wright’s surprising retirement. Wright called an impromptu team meeting on Wednesday evening where he informed the team of his retirement after 21 seasons with the Wildcats and also revealed Neptune, 37, will be his successor.

An announcement from the school was made a short time later. An introductory press conference has been scheduled for Friday at 10 am

“When looking for a successor, we wanted a candidate who could navigate the changing landscape of collegiate athletics and keep Villanova in a position of strength—now and in the future,” said athletic director Mark Jackson in a statement. “After meeting with several exceptional candidates, we found all those attributes and more in Kyle Neptune. Kyle quickly stood out for his basketball knowledge, recruiting savvy and natural ability to connect with student-athletes and coaches.”

Neptune began his coaching career in 2008 at Villanova as a video coordinator and administrative intern before jumping to Niagara for a three-year run as an assistant coach. He then returned to Villanova as an assistant under Wright from 2013 to 2021, becoming the longest-tenured Wildcats assistant under Wright before leaving the gig in 2021 to take the Fordham job. During his first and second stint with the program, Villanova made three Final Fours and won two national championships, all the while earning the Hall of Famer’s trust.

Here’s a closer look at Neptune and what Villanova is getting in his next head coach.

Just over a year ago, Neptune took over the Fordham job following Jeff Neubauer’s firing. Neubauer spent six seasons at the helm of the program where he posted five losing seasons and Neptune, an up-and-comer with a marvelous reputation, appeared primed to lead the school into a new era. Ultimately, the run was one-and-done and a bit of a mixed bag with a 16-16 finish that placed the Rams in the bottom half of the A-10 standings. However, it was the first .500 season or better since Neubauer’s first in 2015-16, a remarkable turnaround even from a year ago after finishing 2-12 in 2021-22.

Neptune began his coaching career as a video coordinator and administrative intern at Villanova in 2008 following a short run as a pro player abroad. That stint lasted until 2010, but it was a significant time in Villanova history with the Wildcats making the Final Four in 2009 — their first since winning the championship in 1985 — and once again establishing themselves as a power in the Big East and beyond .

Neptune’s second stint came with a bigger job title. In 2013, after three years with Niagara, he returned as an assistant on Wright’s staff where he cut his teeth as a high-major coach learning under a Hall of Famer. His return culminated with what is arguably the program’s most successful and sustained run in program history. Between 2013 and 2021, Villanova won 233 games and — even in an abbreviated 2020-21 season marred in part by COVID-19 — averaged 29.1 wins per season. The school never missed an NCAA Tournament during that run and won two titles.

Knowing the Villanova program’s ins and outs as an assistant should pay dividends for him as he takes over the head gig, but so, too, should his stint as a player. Nearby Lehigh University, roughly an hour away in Pennsylvania, is where Neptune played his college ball.