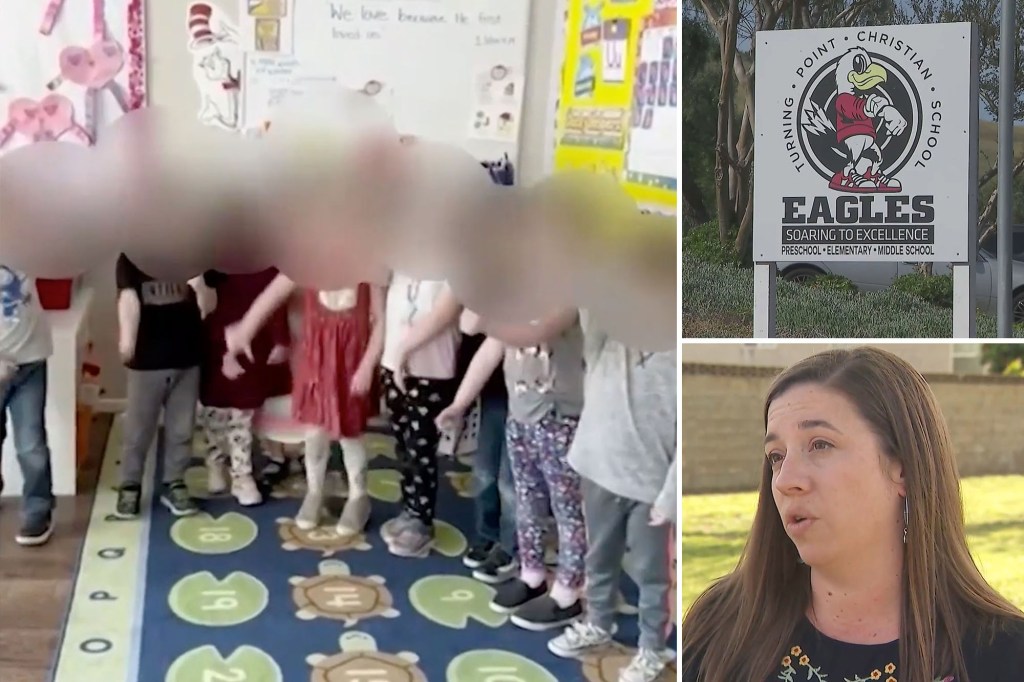 A Southern California preschool teacher has sparked outrage after a video captured her leading her students in a chant that called for President Biden to leave office.

The clip showed the unnamed educator at the Turning Point Christian School in Norco asking the 4- and 5-year-old students, “Who’s our president?”

The kids shout in unison, “Biden!”

“What do we want to do with him?” the teacher asks.

“We want him out!” her students yell back on Presidents’ Day.

Parent Christina McFadden said she contacted the school immediately after she stumbled across the clip on a parental messaging app, KTLA reported.

“The teacher is indoctrinating her students,” the mother told the news outlet.

McFadden said she has since pulled her daughter out of the school.

“Everybody has a right to believe in what they want and my daughter wasn’t given that opportunity. And especially at that age, I don’t even think that she can understand to make an informed decision on who and what she should believe in,” McFadden said.

School officials apologized “for any misunderstanding” caused by the video, ABC News reported.

“Earlier today a video was posted that has since been deleted as it did not share our school and church philosophy of honoring and respecting authority including those in government positions,” the school said in a statement.

McFadden said she was told the teacher was spoken to, the footage was reviewed and that officials were “OK with it,” KTLA reported.

“At this point it’s not about the school, it’s about informing students that this is happening,” she said.

The nonprofit Christian school offers a wide range of programs for preschoolers through sixth-graders, according to its website.