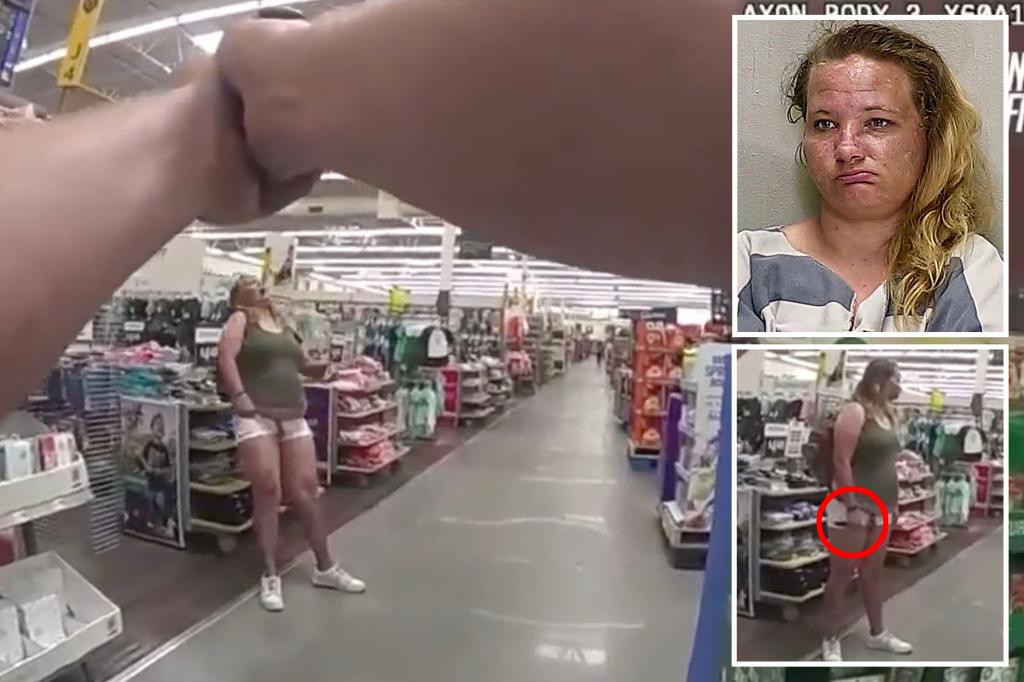 Shocking video shows the moment a Florida deputy tasered an allegedly meth-addled woman who threatened customers and staff with a knife inside a Walmart.

Marion County Deputy Christopher Witte is heard in the bodycam video ordering the woman multiple times to drop the knife during the recent dramatic confrontation inside the Summerfield store, WWSB reported.

The woman, identified as Brandy McGowan, was threatening people with a knife and a brick, store managers reportedly told authorities.

Witte and his partner, Detective Pamela Thomas, located the suspect in the clothing department, where she brandished a pocket knife and spoke incoherently, the news outlet reported.

With his handgun drawn, Witte repeatedly instructed McGowan to drop the knife, but she ignored him for several moments before he finally switched to his Taser and deployed it.

The shock caused her to fall backward as the two officers rushed to cuff her behind her back.

It was later determined that the woman entered the store holding the brick and began threatening customers, WWSB reported.

She later located a pocket knife on display, opened the package with a pair of scissors from the store and continued to threaten employees and customers.

After McGowan was arrested, he was discovered she had ingested about four grams of methamphetamine earlier in the day, according to the outlet.

McGowan was transported to a hospital for evaluation and was then charged with aggravated assault with a deadly weapon without intent to kill.