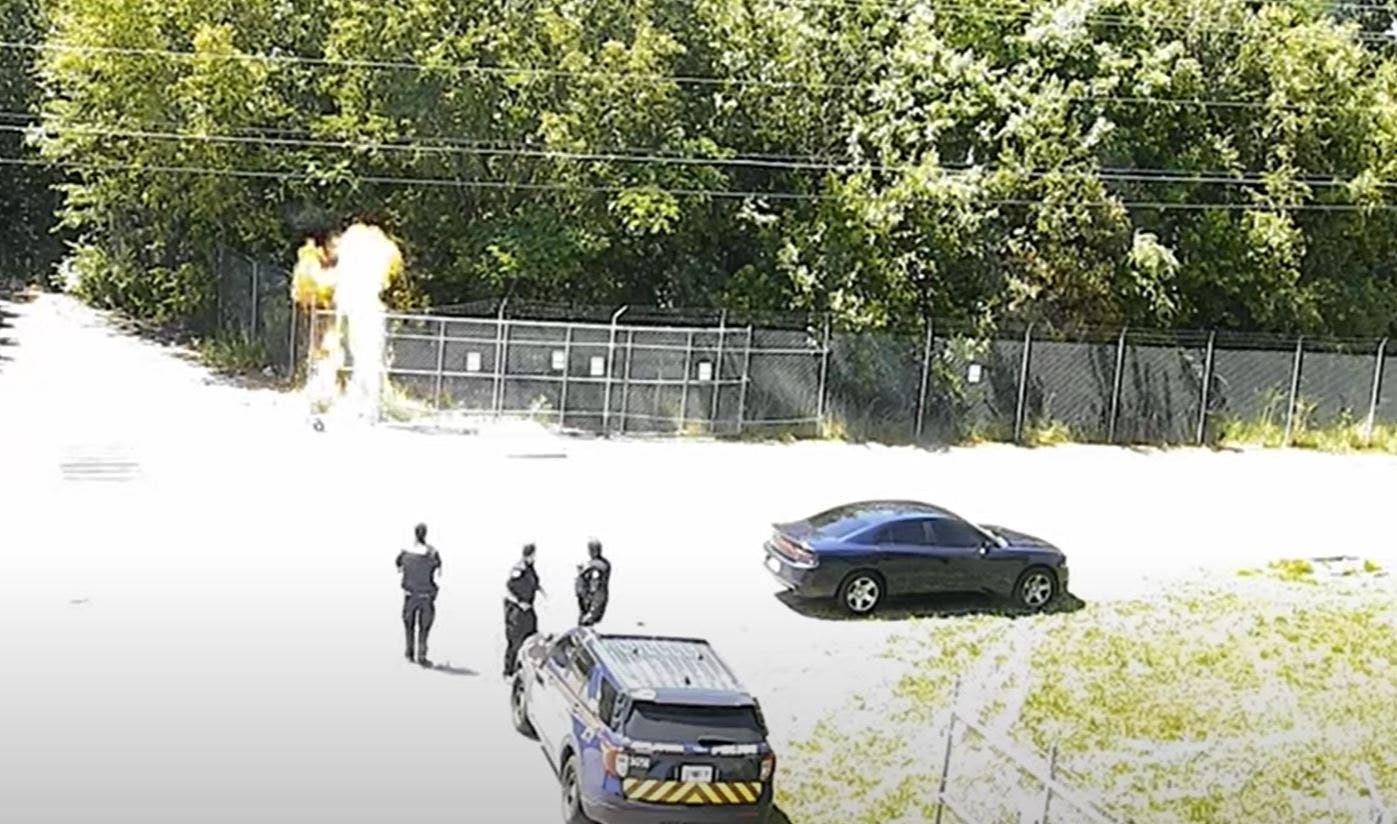 Molotov cocktails were thrown into a construction site set to become a new training facility for the Atlanta Police Department while protesters were demonstrating Tuesday, videos released by the department Wednesday showed.

One video shows a device fly over a chain-link fence and burst into flames yards away from where three officers were standing. After several minutes, a fire truck arrives and puts out the blaze. Another video shows what police called an incendiary device land on nearby Key Road that doesn’t ignite.

No one was injured, but seven arrests were made, the department said in a release. It’s unclear if any of the arrests were connected to the Molotov cocktails.

Rocks were also thrown at police at the site, the department said.

Police said none of the people arrested lived in Atlanta although several claimed they did, according to FOX 5 Atlanta.

The department said the Georgia State Patrol, the Dekalb County Sheriff, the FBI and the Georgia Bureau of Investigations were called in to assist.

The department said “forest defenders,” who have been camping at the site since last year, are hammering construction efforts and making trees unsafe to cut down, FOX 5 reported.

Some protesters against the new training site claim it is an expansion of the “police state.”