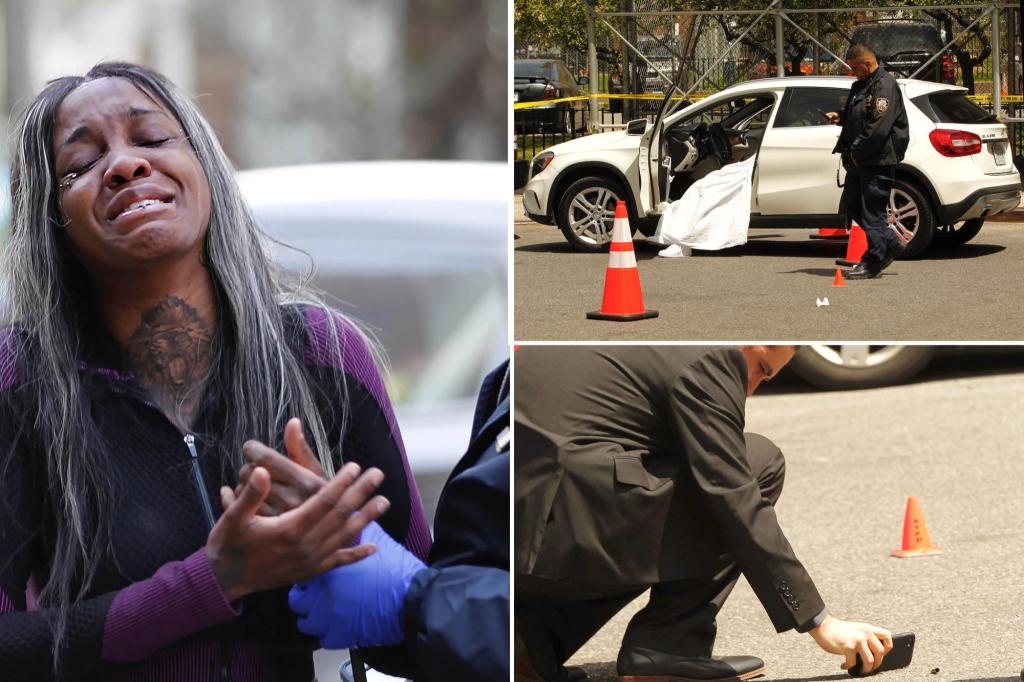 A man who was executed in broad daylight on the Upper West Side over the weekend was a Virginia resident in the city visiting his cousin, cops said Monday.

Victim Ronald Thomas, 27, was sitting in a white Mercedes Benz GLA 250 and arguing with a woman just before a gunman rolled up in another vehicle around 12:15 pm Sunday and fatally shot him in the head, cops said.

The shooting occurred near the Frederick Douglass Houses on West 102 Street at Amsterdam Avenue — about a block from the NYPD’s 24 Precinct station house.

The motive for the slaying wasn’t clear, but the victim appeared to have been targeted, a police source said.

“They all knew each other,” a police source said.

Photographs from the scene show the victim seated in his SUV with a sheet draped over his body and a distraught woman nearby.

The violence happened amid the NYPD’s announcement that it would begin putting more cops on duty at night to help stem shootings ahead of the summer months.