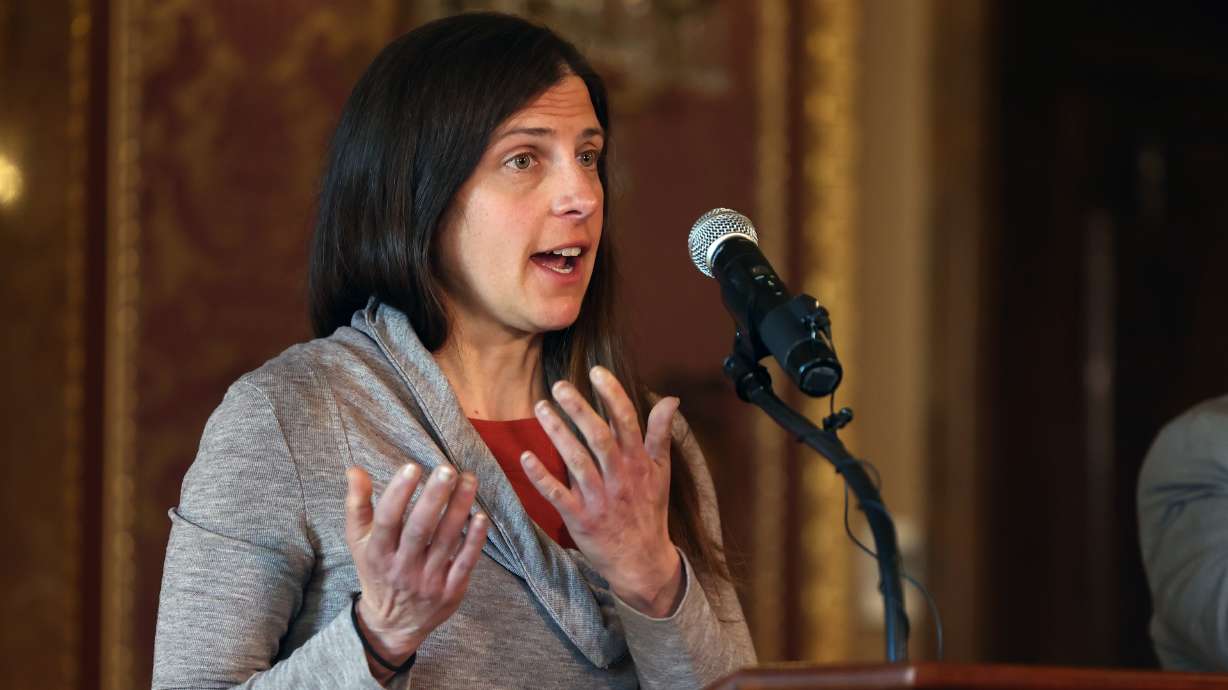 Utah state epidemiologist Leisha Nolen said the omicron variant led to a higher risk of infection and hospitalization, compared to other variants, for both vaccinated and unvaccinated individuals. But being vaccinated still reduces risks.

“I do think it’s still really important to point out that the vaccine has worked well,” Nolen said Friday.

“Certainly it’s not what we would want, we’d want it to be 1,000 times … we want the vaccine to be as strong as possible. And it’s not perfect, there’s no question about that, but it is still quite good and even during omicron, we saw (the vaccine) being quite protective here in Utah,” Nolen said.

These comments were in response to a report from the Washington Post on Tuesday that said US Centers for Disease Control and Prevention statistics show that 42% of people who died from COVID-19 during January and February of this year were vaccinated, compared to 23% of people who died during the delta variant peak.

“We need to understand that this is not just a pandemic of the unvaccinated. It’s not just people who choose not to get their shots who are dying as a result of this virus,” Washington Post reporter Fenit Nirappil says in the Post Reports episode.

Nolen said they are still learning and trying to understand how long a vaccine provides protection. She said they are currently recommending a second booster shot for people who are over 50 or who are immunocompromised. Nolen said the data shows that age is a clear factor for the number and severity of breakthrough infections.

“There are some people who, even though they do the right thing, can get a bad infection,” Nolan said. “There are still some risks.”

She said there are a lot of factors than can alter whether a vaccine is efficient, including how the virus mutates and how different it becomes from the vaccine. She said they are watching to try to understand when another shot may be a good idea.

Nolen said Utah is starting to see more COVID-19 infections, after a dip to very few infections over the last six weeks. The state is starting to see more people going to the emergency room with COVID-19 and be admitted to the hospital. Nolen said cases in Utah are likely following a wave that has been seen in some northeastern states which are currently reporting that hospitals are full. She said we are about four or five weeks behind them.

“We’ve been watching the rest of the country slowly get hit by the wave, I think we’re getting that now. We’re just at the beginning of it,” Nolen said.

She said some factors that could be causing the increase include that the omicron variant has changed some and it is a slightly different virus, and people are out in the community more, causing more exposure. Nolen said the risk is not super high, especially for people who are vaccinated and boosted, and she wants people to spend time with friends and family. However, she said people should not take “unnecessary risks,” like going into large crowds without protection, like a mask.

She said there is “some partial protection” in this wave for people who have had the omicron variant of the virus, because their bodies have some knowledge about how to respond, but that could change with future variants. Nolen said people should protect themselves despite previous infections and vaccination status.

“We’re going to have to accept this virus is going to be with us for quite a while. … Hopefully the vaccines continue to have good protection so it can be more of a nuisance and difficulty in our life than a total life -changing thing,” Nolen said.

She said it will likely come in waves, and people will need to make choices based on what is happening in the community. Health officials are prepared for an increase, and are aiming to target testing toward people with limited resources, since many people now do have the ability to buy COVID-19 tests.

“For the general population, we really want to encourage them to use resources they can throughout the community,” Nolen said.

Emily Ashcraft joined KSL.com as a reporter in 2021. She covers courts and legal affairs, as well as health, faith and religion news.