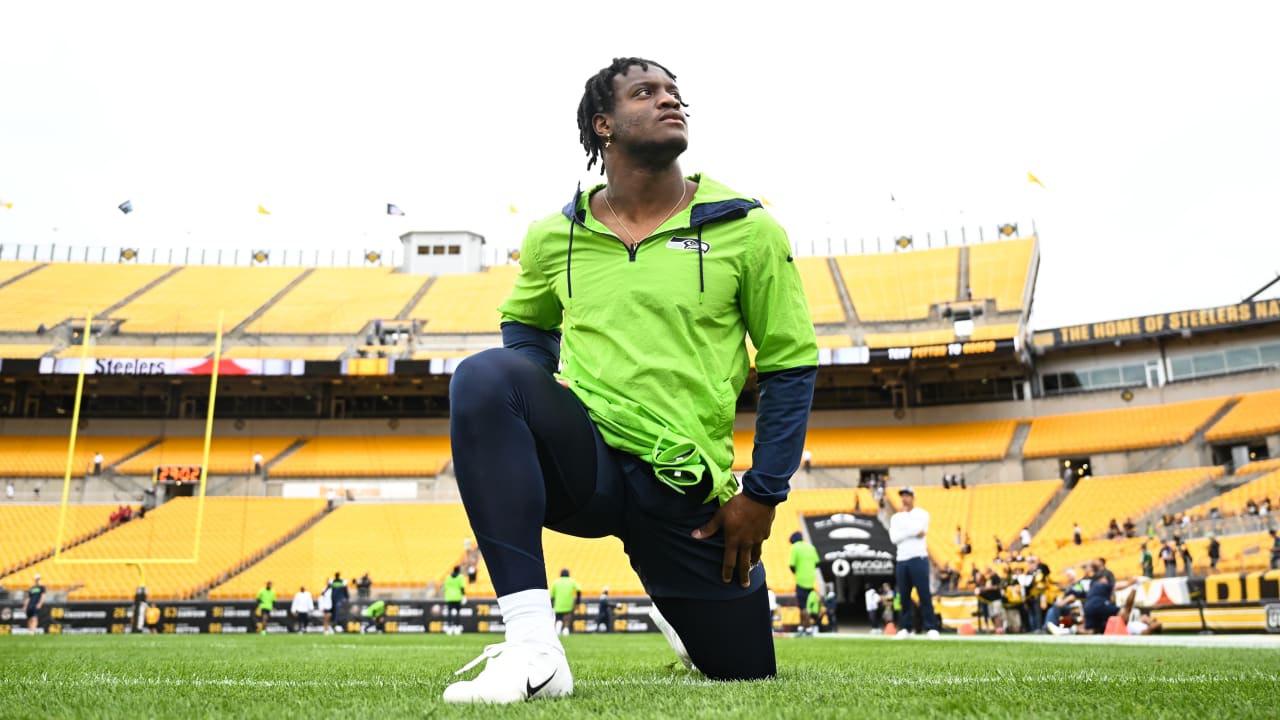 In injury news, rookie running back Kenneth Walker III won’t play Thursday and is, as Carroll explained it, “having a procedure done.” Carroll, who a day earlier said Walker was out with a hernia issue, clarified, “This is not a sports hernia, it’s something a little bit different. We have a chance to get him back quickly.”

Linebacker Jordyn Brooks, who missed the preseason opener—though it’s not clear how much he would have played even if fully healthy—due to a hamstring injury, returned to practice Tuesday and is pushing to get back, but may not play Thursday.

“He wants to go, we’re still talking to him about that,” Carroll said, adding that a short week this week followed by a seven-day gap before the next game, means the Seahawks will err on the side of caution when it comes to bringing players back from injuries for a Thursday night game.

“We don’t want to rush any of these decisions if we don’t have to,” Carroll said.

Jake Curhan, who is competing for the starting job at right tackle, was back at practice after being out with back spasms a day earlier, and is good to go for Thursday night, Carroll said.

Defensive end LJ Collier, who has been out since injuring his elbow in Seattle’s mock game earlier this month, is “really close” to returning, but won’t play Thursday.

“We just think the game came too fast,” Carroll said. “Maybe if it was on the weekend, he’d be all right. We’ll get him next week.”