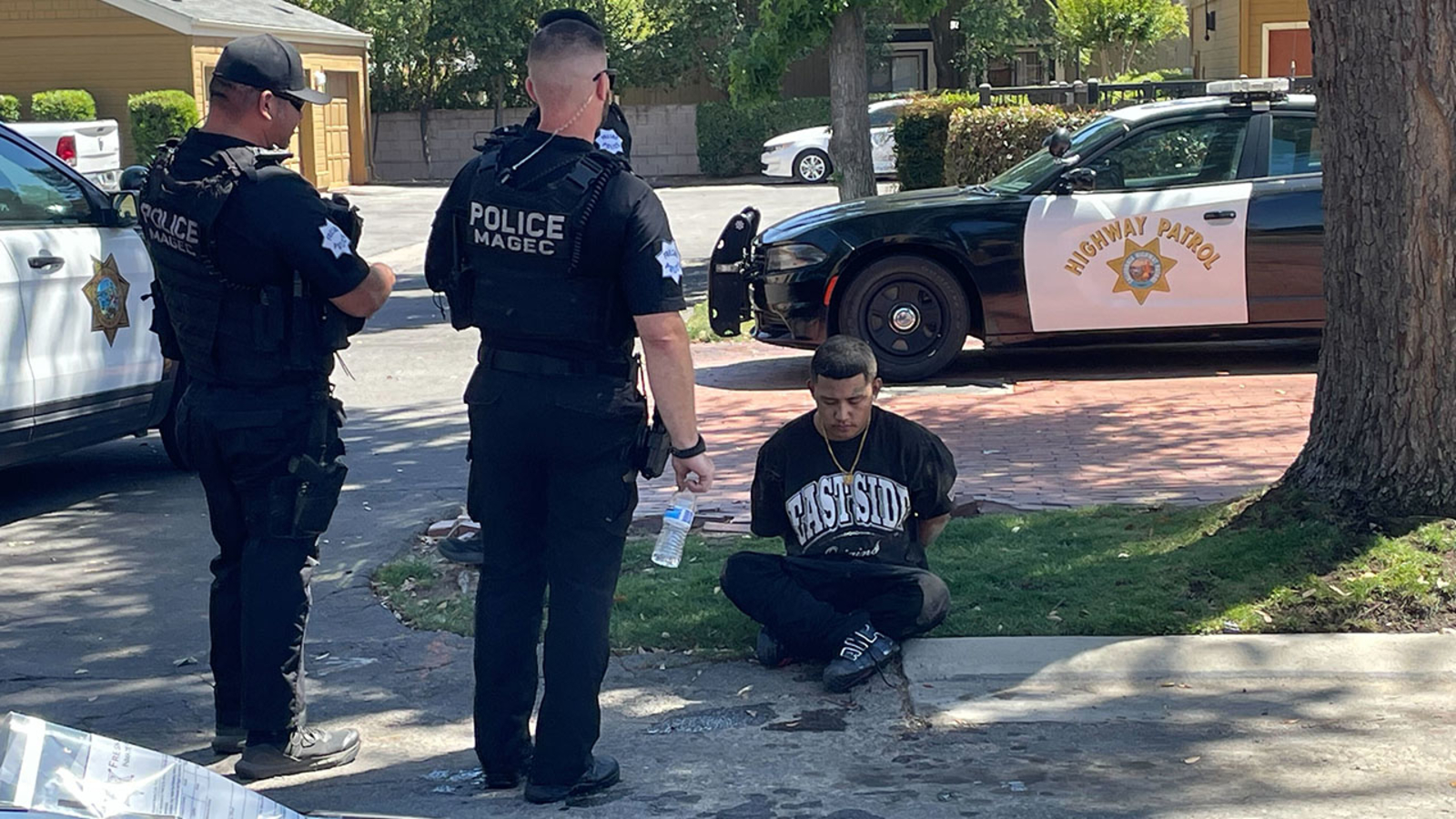 FRESNO, Calif. (KFSN) — Police say they have arrested a burglary suspect who has been hiding inside a northeast Fresno Save Mart for nearly two days.

After a police chase, a 20-hour standoff, and a daylong wait, officers have finally arrested 28-year-old Pheng Vang after he came out of the ceiling of the grocery store.

Fresno police chief Paco Balderrama says even though most police units had ostensibly pulled out of the area on Friday, undercover officers were still waiting in place.

Fresno police will hold a news conference at 3:30 pm to give more details. Watch it live on our website, or on our live 24×7 streaming channel.

Police have identified the burglary suspect who was at the center of a 20-hour standoff in a Save Mart in northeast Fresno earlier this week.

The suspect is 28-year-old Pheng Vang, who is out on parole after serving time for a previous burglary. He is wanted in connection to a burglary out of Caruthers.

The standoff began Thursday evening after a brief chase that started when Fresno County sheriff’s deputies attempted to stop Vang at the River Park shopping center near Nees and Blackstone Avenue.

He then led deputies to the Save Mart off Nees Avenue and First Street and barricaded himself inside the grocery store.

The store, and surrounding businesses, were evacuated as law enforcement surrounded the area.

Classes were canceled at a nearby school.

On Friday, Fresno SWAT officers went into the store with their K9s to search the building and businesses nearby, but they did not find him. They did, however, find evidence that he had been inside the store.

Later on Friday, police announced that the suspect had escaped and the Save Mart store would reopen soon.