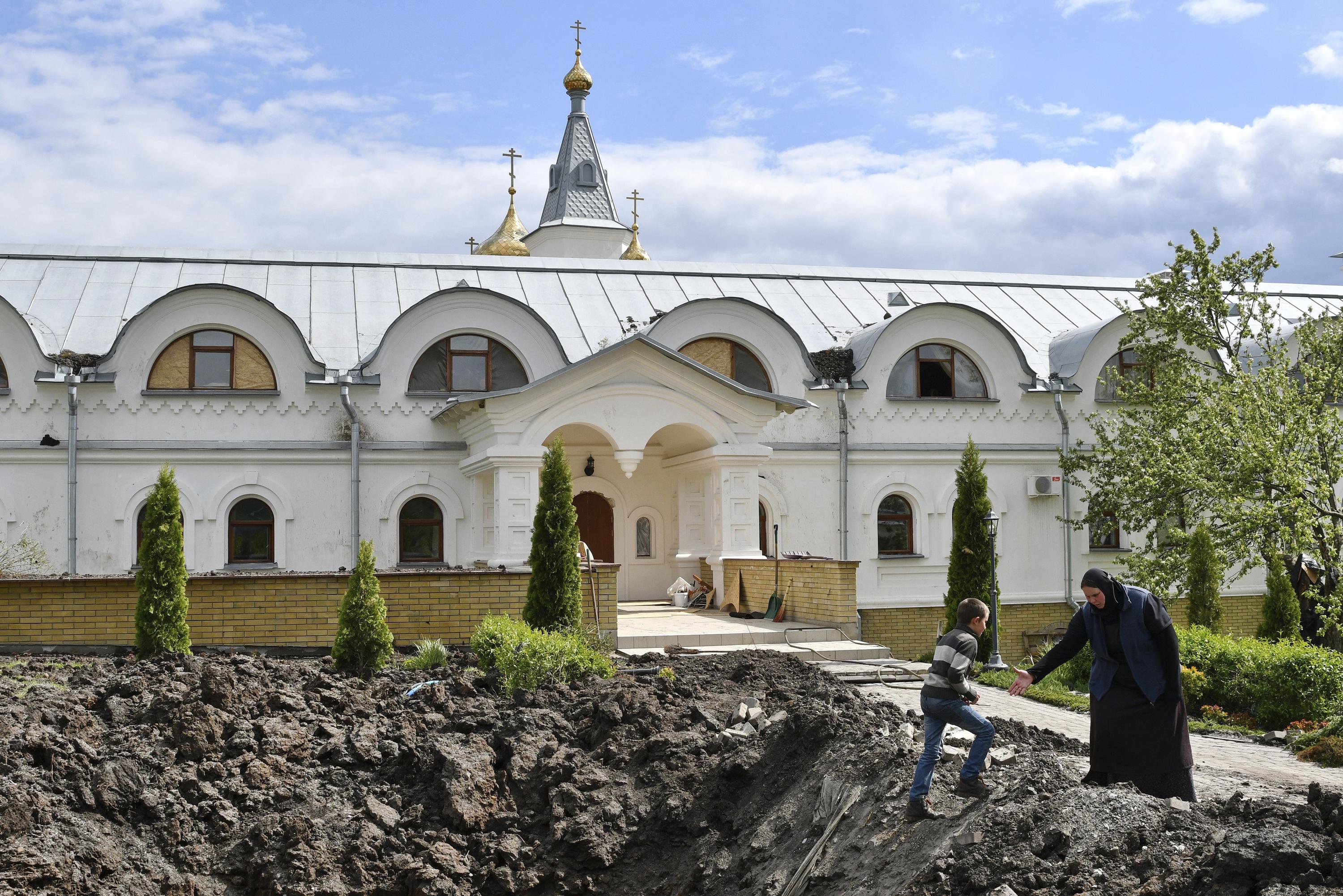 ZAPORIZHZHIA, Ukraine (AP) — Ukraine stopped the flow of Russian natural gas on Wednesday through a hub that feeds European homes and stoves, while Kyiv’s military claimed it made some gains in grinding battles near a key northeastern city.

In 11 weeks, the war has played out on battlefields in Ukrainian towns and cities but also in energy and financial markets, as Ukraine’s allies in the West have sought to deprive Russia of money needed to fund the war with sanctions and energy embargoes.

The practical impact of Wednesday’s gas cutoff for European households was not immediately clear: Ukraine’s pipeline operator said it would switch supply to another hub, and an analyst said transit should not be affected.

But Russia’s state-owned giant Gazprom indicated some falloff: It said it was sending gas supplies to Europe through Ukraine in the amount of 72 million cubic meters, apparently down 25% from the day before.

It was also not clear if Russia would take any immediate hit, since it has long-term contracts and other ways of transporting gas.

But the move could hold symbolic significance as the first time Ukraine has disrupted the flow westward. It comes as the European Union has sought to reduce its dependence on Russian energy, phasing out its use of coal and considering doing the same for oil. Gas presents a more complicated problem, given both how much Europe uses and the technical difficulties in sourcing it elsewhere.

On the battlefield, President Volodymyr Zelenskyy said Ukraine’s military had pushed Russian forces out of four villages near Kharkiv — the country’s second largest city, and a key to Russia’s offensive in the eastern Donbas.

After his forces failed to overrun the capital in the early days of the warRussian President Vladimir Putin switched his focus to the region, which is Ukraine’s industrial heartland and has also been the site of fighting between Moscow-backed separatists and Ukrainian troops for years.

Zelenskyy suggested the military was gradually pushing Russian troops away from Kharkiv. As his forces appear to gather steam in a nascent counteroffensive, Foreign Minister Dmytro Kuleba voiced what appeared to be increasing confidence — and expanded goals — on Tuesday. He suggested to the Financial Times newspaper that Ukraine could go beyond just forcing Russia back to areas it held before the invasion began 11 weeks ago.

Kuleba’s statement seemed to reflect political ambitions more than battlefield realities: Russian forces have made advances in the Donbas and control more of it than they did before the war began. But it highlights how Ukraine has stymied a larger, better-armed Russian military, surprising many who had anticipated a much quicker end to the conflict.

Meanwhile, the British Defense Ministry said Ukraine was targeting Russian forces on Snake Island in the northwestern Black Sea, in an effort to disrupt Moscow’s attempts to expand its influence.

Russia has sought to reinforce its garrison on Snake Island, while “Ukraine has successfully struck Russian air defenses and resupply vessels with Bayraktar drones,” the ministry said on Twitter. It said Russian resupply vessels had minimum protection after the Russian Navy retreated to Crimea after losing the flagship of its Black Sea fleet.

Satellite photos analyzed by The Associated Press show fighting there.

But the statement warned: “If Russia consolidates its position on (Snake) Island with strategic air defense and coastal defense cruise missiles, they could dominate the northwestern Black Sea.”

Ukraine’s natural gas pipeline operator said it would stop Russian shipments through a hub in a part of eastern Ukraine controlled by Moscow-backed separatists because of interference from “occupying forces,” including the apparent siphoning of gas. He also complained about interference along the route last month.

Higher prices would benefit Russia, though it has massive foreign reserves now given the rapid rise in crude oil prices in recent months as global travel and business resumed in the wake of mass coronavirus pandemic lockdowns.

The hub in question handles about a third of Russian gas passing through Ukraine to Western Europe. Russia’s state-owned natural gas giant Gazprom put the figure at about a quarter.

The move came as Western powers have been looking to ratchet up economic pressure on Moscow and bolster Ukraine’s defenders. The US House of Representatives approved a $40 billion Ukraine aid package Tuesday.

On Wednesday, Ukrainian officials said a Russian rocket attack targeted an area around Zaporizhzhia, destroying unspecified infrastructure. There were no immediate reports of casualties. The southeastern city has been a refuge for many civilians who have fled a Russian siege in the devastated port city of Mariupol.

With much of the fighting focused in the east, some analysts suggested Russia may be trying to spread Kyiv’s forces thin, by striking the southern port of Odesa, a major gateway for grain that feeds the world as well as a key transit point for Western weapons. Russia targeted the city with several missile strikes this weekthe Ukrainians said Tuesday.

To protect Odesa, Kyiv might need to shift forces to the southwest, drawing them away from the eastern front in the Donbas, where they are fighting near Kharkiv to push the Russians back across the border.

Russian aircraft twice launched unguided missiles Tuesday at the Sumy area northeast of Kharkiv, according to the Ukrainian border guard service. The region’s governor said the missiles hit several residential buildings, but no one was killed. Russian mortars hit the Chernihiv region, along the Ukrainian border with Belarus, but there was no word on casualties.

Follow AP’s coverage of the war in Ukraine: https://apnews.com/hub/russia-ukraine