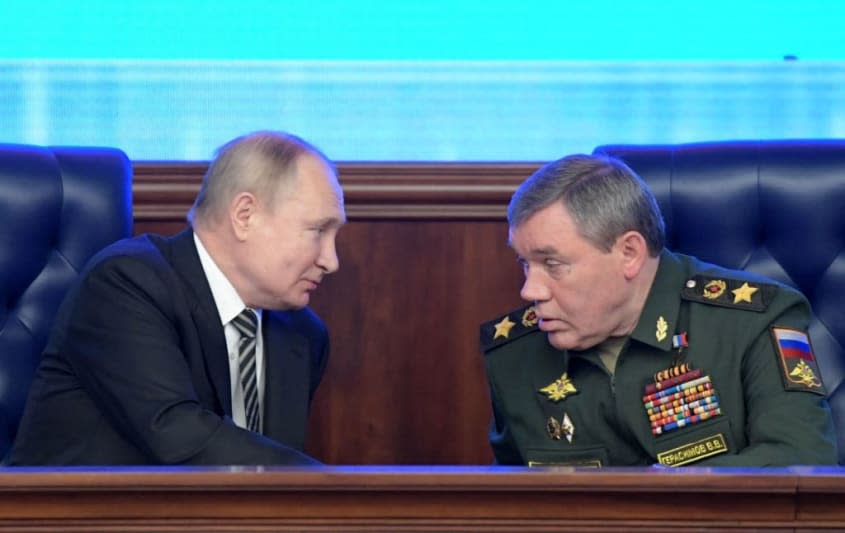 Ukrainian officials said an attack on a key Russian command center in the eastern city of Izyum on Saturday evening killed about 200 Russian troops, including Maj. Gen. Andrei Simonov, but just missed hitting the chief of the general staff of the Russian military, Gen. Valery Gerasimov, who had just concluded a secret visit to the army and airborne command center. Earlier, unconfirmed reports suggested Gerasimov was wounded in the strike.

Two US officials tell The New York Times that Gerasimov had been in eastern Ukraine for the past couple of days, a rare step for Russia’s top uniformed officer, but could not provide any information on the attack on School No. 12, Russia’s Izyum command center. A senior Ukrainian official told the Times his country had learned of Gerasimov’s visit to the front lines, but that the general was already returning to Russia when the rockets struck School No. 12.

“The decision to destroy this object was taken not because of Gerasimov, but because it is an important base of operations,” the official said. Gerasimov is one of three key architects of Russia’s Ukraine invasion, along with Russian President Vladimir Putin and Defense Minister Sergei Shoigu.

Putin sent Gerasimov to the front lines to “change the course” of Russia’s underwhelming invasion, the Ukrainian official told the Times. “Our working assumption is that he was there because there’s a recognition they haven’t worked out all their problems yet,” a US official confirmed.

If the death of Maj. Gen. Simonov is accurate, he would be at least the 10th Russian general killed during Russia’s Ukraine war. It’s likely that more than a quarter of the 120 battalion tactical groups Russia committed to its invasion “have now been rendered combat ineffective,” Britain’s Ministry of Defense said early Monday. “Some of Russia’s most elite units, including the VDV Airborne Forces, have suffered the highest levels of attrition. It will probably take years for Russia to reconstitute these forces.”

In the Izyum strike, preliminary information indicates “there are senior officers among the dead,” Oleksiy Arestovych, a military adviser to Ukrainian President Volodymyr Zelensky, tells The Washington Post. “Their combat readiness has been significantly damaged for the Izyum direction. I can’t say that it’s been fully destroyed yet.”

Russia’s offensive in the Donbas is ‘not succeeding,’ Ukrainian military says

7 cartoons about the Republican war on Disney