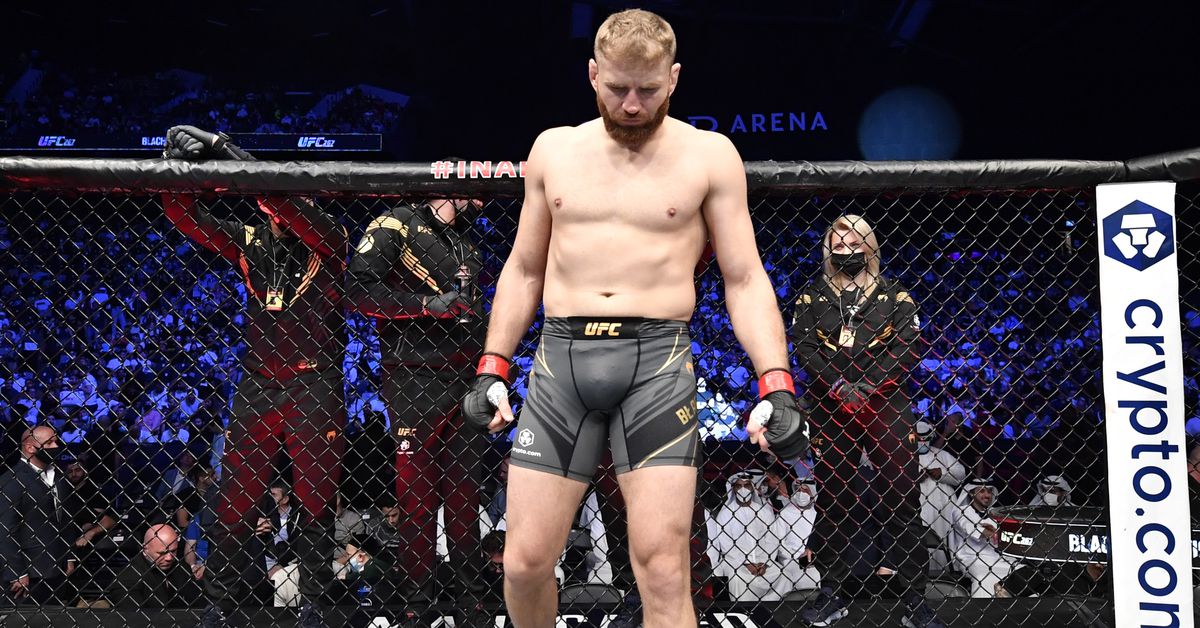 Jan Blachowicz is arguably the unlikeliest champion in UFC history. Is it possible for him to make an even more improbable run back to the top?

The No. 4 light heavyweight in MMA Fighting’s Global Rankings gets his chance to prove that he’s still a contender when he fights No. 6 Aleksandar Rakic ​​in the main event of UFC Vegas 54 on Saturday. This marks Blachowicz’s first fight since losing his championship to Glover Teixeira in October and while it would be easy to count him out at age 39, he’s made a career out of beating the odds and those wins over Israel Adesanya, Dominick Reyes, and Corey Anderson aren’t that remote in the rear view.

Not that Blachowicz’s resume should matter one iota to Rakic. Outside of a questionable split decision loss to Volkan Oezdemir, the Austrian 205er has looked all the world like a surefire title challenger and a dominant performance against Blachowicz will cement his case to be next in line for the winner of the upcoming UFC 275 title fight between Teixeira and Jiri Prochazka. Rakic ​​has already knocked off past title challengers and now he gets his opportunity to take out a former champion.

Where: UFC APEX in Las Vegas

I am notoriously bad at assessing Blachowicz fights (of his past six outings, I only correctly predicted that he would beat Ronaldo “Jacare” Souza), but I’m once again confidently picking against him. In Rakic, he has an opponent nine years his junior who is peaking physically and skill-wise.

Rakic ​​has worked hard to display how well-rounded his game is after joining the UFC with the reputation of a striking specialist. He leverages his impressive 6-foot-5 frame to create advantageous grappling situations while still being a threat to land a knockout shot at any moment. Fans might not love the more methodical style he’s employed as he makes his way through the top 10 of the division, but Rakic ​​is winning fights and he’s not taking much damage doing so.

I think Rakic’s maturity is exactly what he needs to get past Blachowicz, an equally diverse fighter who relishes a good scrap. Blachowicz knows his best chance to beat the younger Rakic ​​is to drag him into his fight, take him out of his comfort zone, and test whether he truly has championship mettle.

I’m bullish on Rakic’s chances of fighting for a title sooner rather than later, so that means I expect him to get over this particular hump and to do so impressively. Rakic ​​by second-round knockout.

First, let’s be clear, this is not an Alexander K. Lee-approved co-main event. Neither fighter is ranked (Katlyn Chookagian and Amanda Ribas really should have been given this spot, based on merit), there’s no title contender implications, and neither is a marquee name by any stretch of the imagination. That said, fun fight to lead us into the main event!

The reason Ryan Spann and Ion Cutelaba were booked into this plum spot is because of the potential for sweet, sweet chaos and I expect them to deliver. Spann will meet Cutelaba in the middle and throw hands with him, so look for both men to eat some hard shots. Cutelaba will draw first blood and rock Spann, but “Superman” should have the steel to stay in the fight.

Normally I don’t like to get this specific with predictions, but I can’t shake the image of Cutelaba pursuing a finish, charging headfirst into Spann’s arms, and getting submitted via a guillotine choke. It would be a very Cutelaba way for him to lose this fight.

This one is either going to end in the first or be a Fight of the Night front runner and I’m leaning towards the former. There’s a strong chance that Davey Grant and Louis Smolka add another bantamweight barnburner to a list that grows exponentially every year, but I actually like Grant to get the finish here.

It can’t be said enough how talented Smolka is and how disappointing his results can sometimes be. He’s an elite finisher whose aggression can get the best of him and we’ve seen him suffer some ugly first-round losses in recent years. Grant is a great matchup for him, but also another opponent who could put him away quick.

Grant has been a joy to watch ever since he embraced a free-swinging style, but I’m predicting that he breaks out his dormant submission skills for this one. As great as clubbing folks is, it’s even more fun to club and sub them, so look for Grant to settle the fight down after a frantic opening and catch Smolka in the standup. From there, he’ll snatch a neck and force a first-round tap.

It’s cool that Amanda Ribas decided to take this as a stay-busy fight after missing out on the chance to face Michelle Waterson in March, but there’s nothing fun about fighting Katlyn Chookagian as the perpetually cheery Brazilian is soon to find out. She’s giving up plenty of size to Chookagian, which will make it difficult for her to implement her grappling and get to her best path to pulling off an upset.

Chookagian was tripped up in a similar circumstance a couple of years back when she welcomed Jessica Andrade to the flyweight division, but Ribas doesn’t have the terrifying power of Andrade nor the sheer physicality needed to bully Chookagian. I see this unfolding a lot more like the typical Chookagian fight as she uses her range striking to frustrate Ribas and outpoint her.

If Ribas can get this fight to the ground for any extended period of time, it’s a different story, but Chookagian has faced plenty of strong grapplers and outside of the inimitable Valentina Shevchenko none of them have imposed their will on her in that way. This should be another decision win for the 125-pound division’s best gatekeeper.

Let’s get a round of applause for Frank Camacho, who returns to action after a car accident forced him out of a UFC 263 clash with Matt Frevola last June. It’s been almost two years since we’ve seen “The Crank” throw down and he’s always fun to watch.

Tough call here as Camacho has a major experience advantage over the 27-year-old Manuel Torres, a recent Contender Series signing out of Mexico. However, Torres has looked legit during his current three-fight win streak, showing that he knows how to use his rangy frame effectively when striking and to tangle up his opponents for submissions. He’s also deceptively strong, which will help him if he decides to implement a more wrestling-oriented game plan.

Camacho will be the first to tell you that he’s offensive-minded to a fault, often abandoning any pre-fight strategy once his opponent is within range of his heavy hands, He could overwhelm Torres early as he’s more battle-tested than anyone Torres has faced so far. But I’m trusting Torres to keep his composure, control distance, and eventually hurt Camacho with a flurry before finishing on the ground.

UFC President Dana White stuck his neck out to bring in Jake Hadley after the former Cage Warriors champion missed weight and allegedly rubbed officials the wrong way ahead of his Contender Series appearance this past October. Now it’s time for Hadley to reward that faith.

There’s a reason the undefeated Hadley is one of the most highly touted prospects out of the UK Hadley has good wrestling, unorthodox striking defense, and a high motor, the latter of which is essential to survive in the UFC’s oft-overlooked flyweight division. The name of the game for him against Allan Nascimento will be pressure, pressure, pressure.

Nascimento brings great size to the flyweight division and tricky submission skills. Fighting off of his back didn’t lead to a victory for him in his most recent outing against Tagir Ulanbekov, but he made Ulanbekov work to earn a split decision and he can easily catch Hadley with a hold of the UFC newcomer slips up.

As long as Hadley is smart and consistent with his approach on Saturday, he can match Ulanbekov’s performance. You’d like to see him do some damage on the feet before forcing the action to the ground, but Nascimento may not give him that option. Still, I like Hadley to take a convincing decision even if this doesn’t turn out to be a flat-out showcase for his talents.