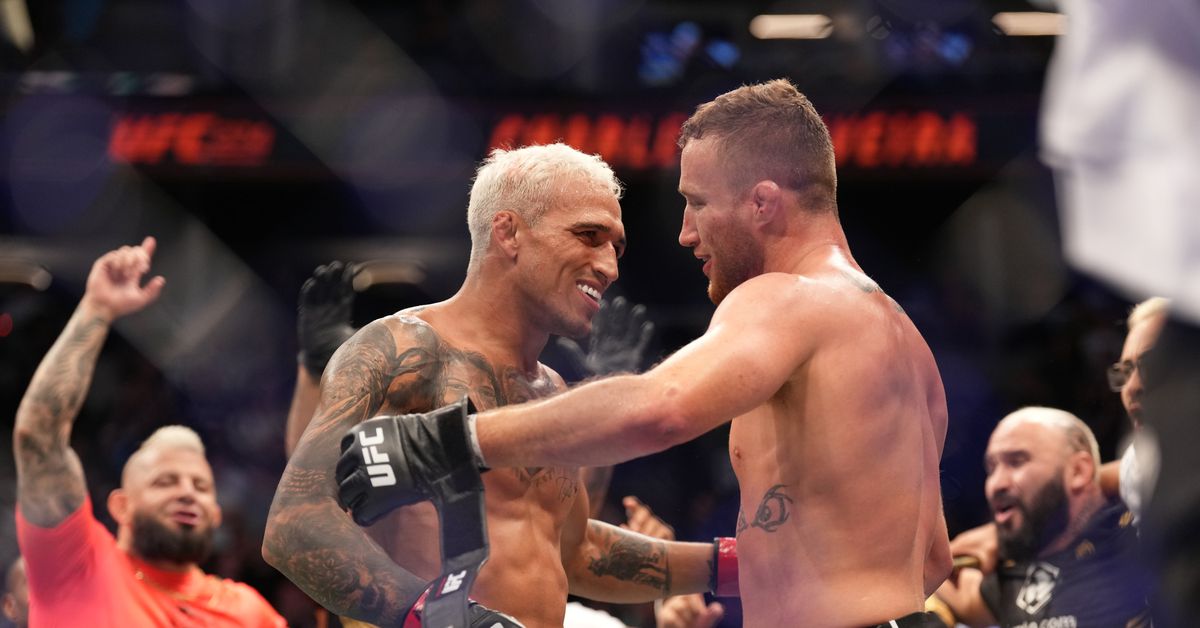 UFC 274 was quite the event. A new champion was crowned at women’s strawweight in one of the worst title fights in the promotion’s history. And while the fights before and after Rose Namajunas and Carla Esparza underwhelmed everyone, the fact that Charles Oliveira couldn’t make weight means the lightweight division doesn’t have a champion right now.

Here’s a look at all the changes this week, which mostly came at 155 and in the women’s divisions.

Men’s P4P – Oliveira moves up one spot to four, dropping Francis Ngannou to five. Aljamain Sterling moves up one into a tie for nine with Jon Jones. Robert Whittaker is up one to 14, pushing Brandon Moreno down to 15.

Lightweight – Everything is flip-turned upside down. With the belt vacant, almost everyone moved down a spot. Oliveira is the number one contender, of course. Dustin Poirier drops to two. Gaethje is down two to sit in the three position. Islam Makhachev is down to four. Beneil Dariush falls two slots to six. Rafael dos Anjos is down one to seven. Ferguson falls three to ten. Rafael Fiziev and Arman Tsurukyan are fall one each to 11 and 12. Mateusz Gamrot falls two to 14. Brad Riddell holds on in the 15 spot.

Flyweight – Alexander Pantoja moves back up into a tie for three with Askar Askarov. Brandon Royval’s quick win on the weekend moves him up to four, pushing Alex Perez to five.

Women’s P4P – Julianna Pena rises one to three, with Thug Rose moving down to four. New Esparza field is up two to six. Jessica Andrade and Holly Holm go down one spot each to seven and eight respectively. Mackenzie Dern and Irene Aldana flip-flip the 12 and 13 spots.

Women’s Flyweight – Tracy Cortez enters the rankings for the first time at 15.

Women’s Strawweight – Esparza sits atop the division. Namajunas is the number one contender, with Zhang Weili dropping to two. Yan Xiaonan moves up into a tie for five with Andrade.