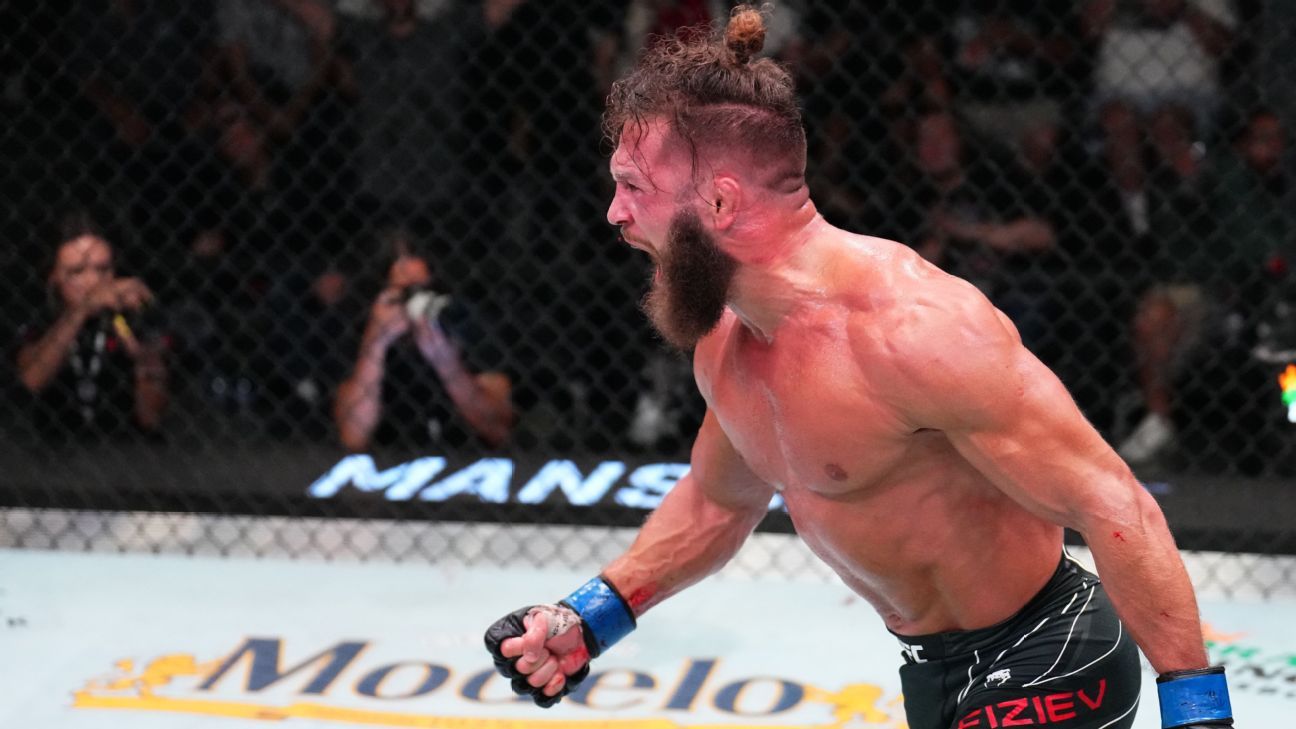 LAS VEGAS — Rafael Fiziev proved to be one step ahead of Rafael dos Anjos over the course of four lightweight rounds on Saturday. And then in the fifth, he put the former champion away for good measure.

Fiziev (12-1) continued his ascent of the UFC’s lightweight rankings with a blistering, left hook knockout 18 seconds into the final round. The victory, which headlined UFC Fight Night inside the Apex, extended Fiziev’s win streak to six. After the fight, Fiziev, who is notorious for his refusal of calling out any future champion, called for tennis’ superstar Rafael Nadal.

Fiziev, 29, might not be comfortable calling other fighters out, but he has no issue when he comes to facing them in the cage. His performance on Saturday was efficient and violent, as it has been throughout his career. Representing the country of Azerbaijan, Fiziev worked dos Anjos’ body with kicks and boxing combinations throughout all five rounds. Dos Anjos came out aggressive in the fifth, which played directly into Fiziev’s hands. Referee Mark Smith stopped the bout as soon as Fiziev connected the left.

In addition to landing the harder strikes on the feet, Fiziev showcased tremendous takedown defense. Dos Anjos, who had been 2-0 since returning to lightweight from welterweight, has shown in his career he will exploit an opponent’s weakness on the ground if there is one. The Brazilian veteran tried to get Fiziev to the floor, but converted just 2-of-16 takedown attempts, according to UFC Stats.

“I looked at a finish all rounds,” Fiziev said. “Who said he would take me down and submit me? How many times he take me down? One time? No problem. I stand up.”

Fiziev has now recorded knockouts in three of his six UFC wins, including three of his last four. His victims include very respected names in the division: dos Anjos, Brad Riddell and Renato Moicano.

According to the UFC’s official rankings, dos Anjos went into Saturday as the No. 7 ranked lightweight. Fiziev was ranked No. 10.