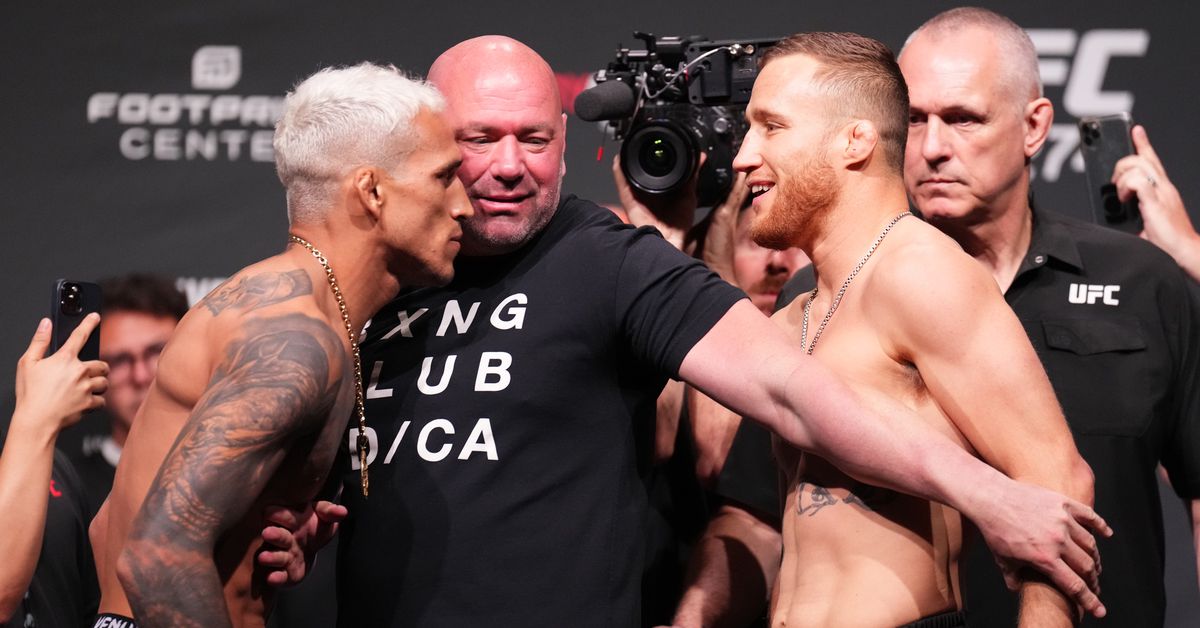 MMA Fighting has UFC 274 results for the Oliveira vs. Gaethje fight card, live blogs for the entire main card, and UFC 274 Live Twitter updates from the Footprint Center in Phoenix, Ariz.

In the main event, Charles Oliveira was stripped of his UFC lightweight title against Justin Gaethje after missing weight Friday by a half-pound. Gaethje can win the title if he defeats Oliveira on Saturday night.

Check out UFC 274 results below.