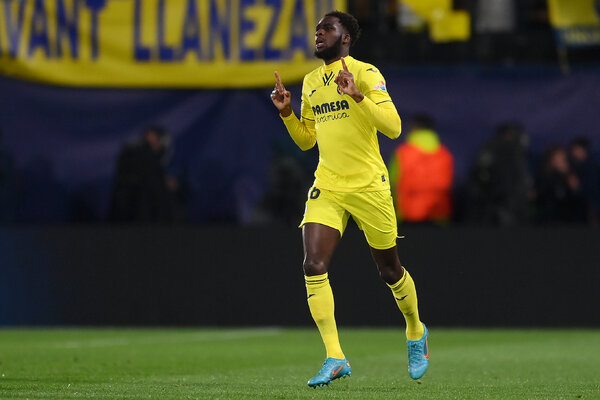 VILLARREAL, Spain — Liverpool knows better than most that nothing is quite so dangerous in the Champions League as assuming a matter is settled. There was a reason Jürgen Klopp did not offer Anfield his usual euphoric, chest-thumping celebration after beating Villarreal, 2-0, last week. Nobody should make the mistake of thinking Liverpool’s place in the final is secure.

Villarreal will, as its manager Unai Emery said, need to produce the “perfect game” to prevent Klopp from guiding Liverpool to a third final in five years, but it has reason for hope: Bayern Munich lost to Villarreal at the Estadio de la Ceramica in the quarterfinals; Gerard Moreno, the centerpiece of its attack, should be back in the team despite an injury; and it will be able to count on a boisterous, unyielding home crowd.

Villarreal, a quiet, well-heeled sort of a place on the outskirts of the industrial town of Castellon, does not make for an obvious bear pit. It has spent most of the day bathing in a torrential downpour. Its streets, even a couple of hours before kickoff, were peaceful, the only noise generated by fans of both teams cheerily trading songs.

But it is, as Emery said, a proudly loyal place: most shop windows have been decked out in yellow and blue for the occasion. As the cliché goes, roughly half the town’s population will be in the stadium to watch Emery’s team try to pull off a miracle. Another miracle, that is: The first is Villarreal, a team from a town of this size, being here in the first place. Emery’s team will have to be perfect. But all it takes is a goal, and perfect does not seem impossible. Klopp, and Liverpool, know that better than most.