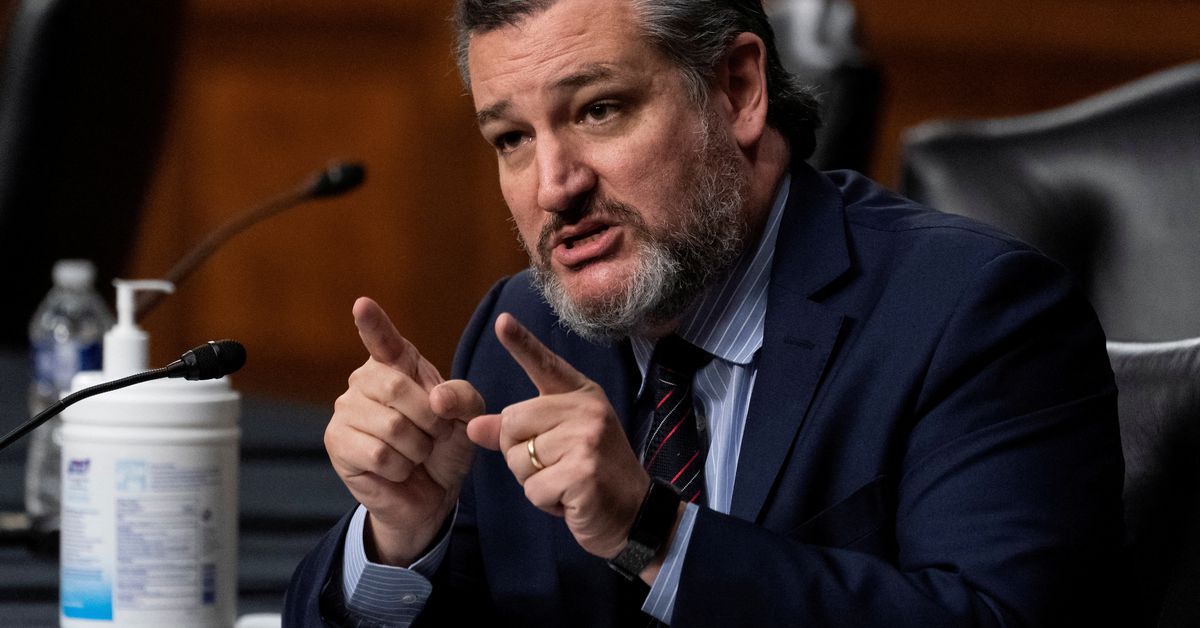 WASHINGTON, May 16 (Reuters) – The US Supreme Court on Monday further undermined campaign finance restrictions, striking down as a free speech violation part of a bipartisan 2002 law challenged by Republican Senator Ted Cruz that federal officials had touted as an anti-corruption safeguard .

The justices, in a 6-3 ruling, found that a $250,000 cap on the amount of money political candidates can be reimbursed after an election for personal loans to their own campaigns ran afoul of the US Constitution’s First Amendment guarantee of freedom of speech by unjustifiably burdening political expression.

In the ruling authored by Chief Justice John Roberts, the court’s conservative justices were in the majority and liberal justices in dissent. Roberts wrote that the law in question “burdens core political speech without proper justification.”

It was the latest in a series of rulings in which the conservative-majority court has rolled back campaign finance restrictions, citing free speech concerns.

Roberts wrote that the government had failed to show that the measure “furthers a permissible anti-corruption goal, rather than the impermissible objective of simply limiting the amount of money in politics.”

In a blistering dissenting opinion, liberal Justice Elena Kagan said the court was effectively aiding and abetting corruption in Washington by allowing donors to contribute to a campaign after an election in a way that benefits the candidate personally.

“In striking down the law today, the court greenlights all the sordid bargains Congress thought right to stop,” Kagan wrote.

Politicians will know that such payments will go directly to them via the campaign, Kagan added, and the donors will hope for something in return.

“The politician is happy; the donors are happy. The only loser is the public. It suffers inevitably from government corruption,” Kagan said.

Cruz, first elected to represent Texas in the Senate in 2012, sued the Federal Election Commission (FEC), the agency that enforces election laws, after his successful 2018 re-election race against Democratic rival Beto O’Rourke. Cruz had lent his campaign organization $260,000 but was limited by the law to a $250,000 reimbursement from his campaign.

A Cruz spokesperson called the ruling a “resounding victory for the First Amendment.” An FEC spokesperson declined to comment.

“Permitting candidates to solicit unlimited post-election contributions to repay their personal campaign loans and put the donor money in their own pockets gives an obvious and lamentable opening for special interests to purchase official favors and rig the political system in their favor,” Potter said .

Democratic President Joe Biden’s administration, acting on behalf of the FEC, had appealed to a Washington-based three-judge panel’s 2021 ruling unanimously striking down the provision on free speech grounds.

The provision at issue was part of a major campaign finance law that already has been chipped away at by the Supreme Court including in a landmark 2010 ruling that allowed unlimited independent spending by corporations and unions during elections as constitutionally protected free speech.

The Supreme Court has struck down various provisions of the 2002 Bipartisan Campaign Reform Act, often called the McCain-Feingold law in recognition of its main Senate sponsors, John McCain and Russ Feingold.

In finding that the limit was not justified to deter corruption, Roberts endorsed the arguments made by Cruz, saying that restrictions already exist on how much money individuals can donate during an election cycle, currently capped at $2,900. Roberts added that the status quo likely benefited incumbents over challengers because new candidates often have to loan money to their campaigns and can find it more difficult to attract donations.

“This landmark decision will help invigorate our democratic process by making it easier for challengers to take on and defeat career politicians,” Cruz’s spokesperson said.

Reporting by Lawrence Hurley; Editing by Will Dunham