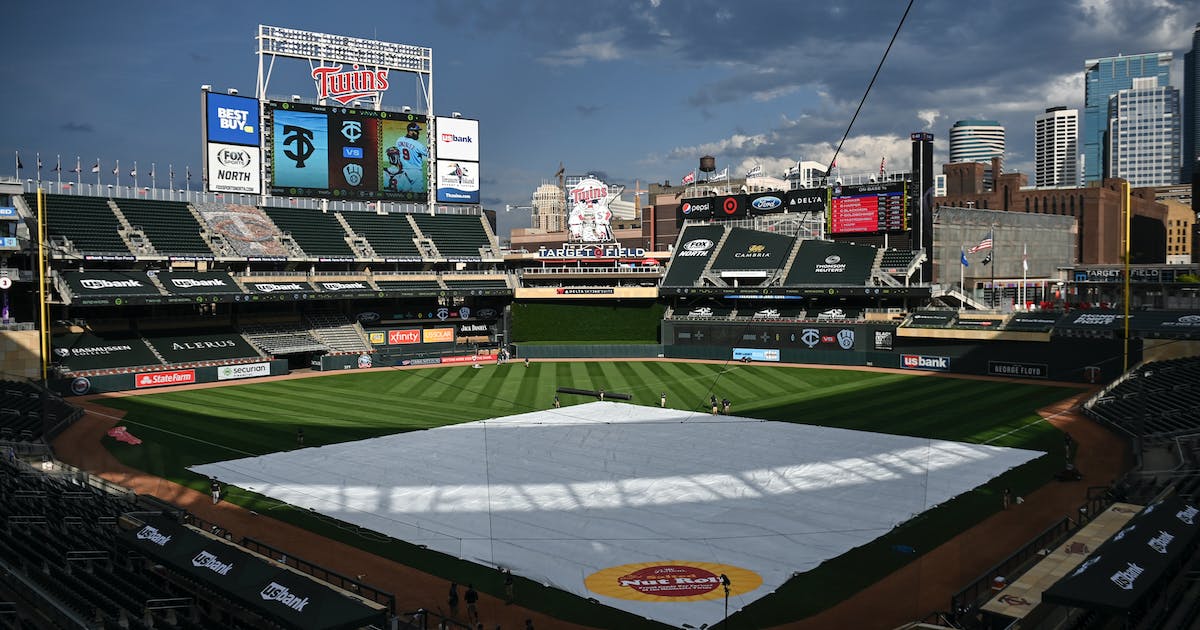 The Twins have postponed their Thursday opener against Seattle until Friday because of the weather forecast, which includes a mix of rain and snow and temperatures in the 30s.

The game is now scheduled for a 3:10 pm start on Friday.

All of the Opening Day festivities associated with the game, including the drive-up breakfast on the Target Field Plaza, have been postponed as well.

Friday’s forecast calls for a high of 42 degrees with the possibility of sunshine as the day progresses. The chance of precipitation decreases to less than 20% from more than 90% on Thursday.

The Twins announced these policies for people holding tickets to the opener.

Tickets for the game are still available on all levels of Target Field, according to a seating map on the Twins’ website.

On the secondary market, tickets are available in the 200 level on StubHub for as little as $14, including fees — and between first and third base on the lower level starting at $49, as of 11:00 am

An optional workout for players is still scheduled for this afternoon.