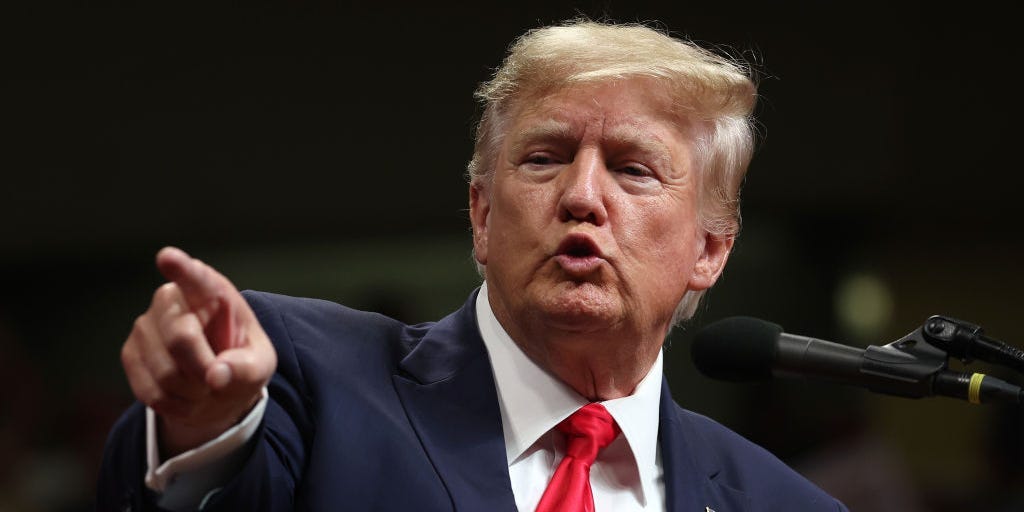 Under US law, all White House records belong to the government, not the person who was president.

Former President Donald Trump railed against attempts by the National Archives and Records Administration (NARA) to retrieve a trove of documents, saying “it’s not theirs, it’s mine,” according to The New York Times.

That is the response that several advisors told the paper that Trump gave to White House counsel Pat Cipollone and his deputy Patrick Philbin.

The two men were given the job of dealing with NARA in the chaotic closing weeks of Trump’s presidency.

The Times, citing unnamed sources, described their interactions with Trump as the FBI investigated what became of the information.

Trump ended up taking several dozen boxes with him when he left the White House, moving them to his Florida home, Mar-a-Lago.

Fifteen boxes were returned in January 2022, NARA confirmed in a statement in February.

Further materials on June 3 after the Justice Department issued a subpoena, per The Times, while more were taken on August 8 when the FBI executed a search warrant at Mar-a-Lago.

The Times’ reported claim suggests Trump considers the materials to be his personal property.

In fact, all documents accrued by a US president in the course of his work belong to the government itself under the Presidential Records Act, which was passed in the wake of the Watergate scandal.

The Times report added to a series of reports and rumors around Trump’s attitude to presidential documents, which ranges from careless to shrewd. Trump has variously been reported to have torn up, burned, flushed, and even eaten documents — some of them sensitive.

In response to the report, published in The Times, that Trump flushed documents away, he said in a statement that he had been advised he was “under no obligation” to preserve them.

This is contrary to the Presidential Records Act, which requires presidents to preserve such materials.

A representative for Trump did not immediately respond to Insider’s request for comment.