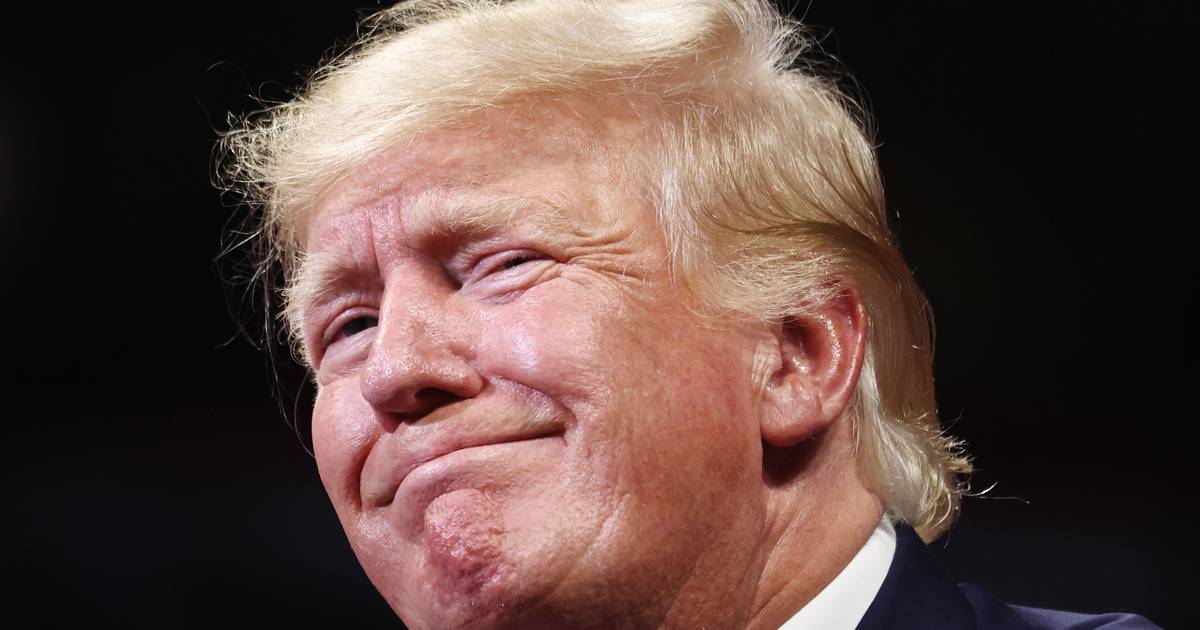 Though he’s not on Twitter anymore, Donald Trump still knows how to troll.

Goldman, who’s running for the vacant 10th Congressional District in next Tuesday’s primary and served as the lead Democratic counsel during Trump’s first impeachment, is “honorable, fair, and highly intelligent,” the ex-president wrote in a post on his Truth Social platform .

“While it was my honor to beat him, and beat him badly, Dan Goldman has a wonderful future ahead,” Trump wrote, referencing his first Senate impeachment trial acquittal in 2020.

“He will be very compassionate and compromising to those within the Republican Party, and will do everything possible to make sure they have a fair chance at winning against the Radical Left Democrats, who he knows are destroying our Country. I would like to thank Dan for fighting so hard for America.”

In his Maloney endorsement, Trump was even more effusive.

“A vote for Carolyn Maloney in NY-12 is a vote for the future! She is a kind and wonderful person, who has always said terrific things about me, and will support me no matter what I do, just as I supported her very early on,” Trump posted.

The missive likely hit a bit too close to home for Maloney, who accepted thousands of dollars in political donations from Trump early on in his congressional career.

But Trump didn’t stop there.

He also held up Rep. Jerrold Nadler (DN.Y.), Maloney’s primary opponent in the 12th Congressional District race, as “a hard-driving man of the people whose energy and attention to detail is unlike anyone else in Congress.”

“He is high energy, sharp, quick-witted, and bright. You can’t go wrong with either, but Carolyn Maloney is the better man,” Trump wrote, misstating the congresswoman’s gender.

Maloney quickly renounced Trump’s endorsement and suggested he was attempting to damage his campaign.

“This is laughable, and I reject any endorsement from Donald Trump,” Maloney wrote on Twitter. “Trump doesn’t respect women. He instigated the attacks on January 6th and claimed that the 2020 election was a big lie … Thanks, but no thanks. I’ll pass.”

[ The one endorsement Rep. Carolyn Maloney absolutely, positively did not want to get: Rep. Matt Gaetz ]

Goldman’s campaign took it a step further and accused Trump of “trying to meddle in an election.”

“This is a pathetic attempt at fooling Democrats who are far smarter than Trump is, and it’s clear that only one candidate in NY-10 is living rent-free in Trump’s head,” the Goldman campaign said in a statement. “Buckle up, Donald. Dan’s coming for you.”

Still, one of Goldman’s opponents suggested Trump’s endorsement is a source of concern.

“Dan Goldman will not be able to run away from Donald Trump’s endorsement. It isn’t fake, Trump even says it himself: Dan has the best chance of beating progressives. That’s why Trump endorsed him,” Bill Neidhardt, a spokesman for Rep. Mondaire Jones (DN.Y.), wrote on Twitter. “Dan and Trump are forever linked.”