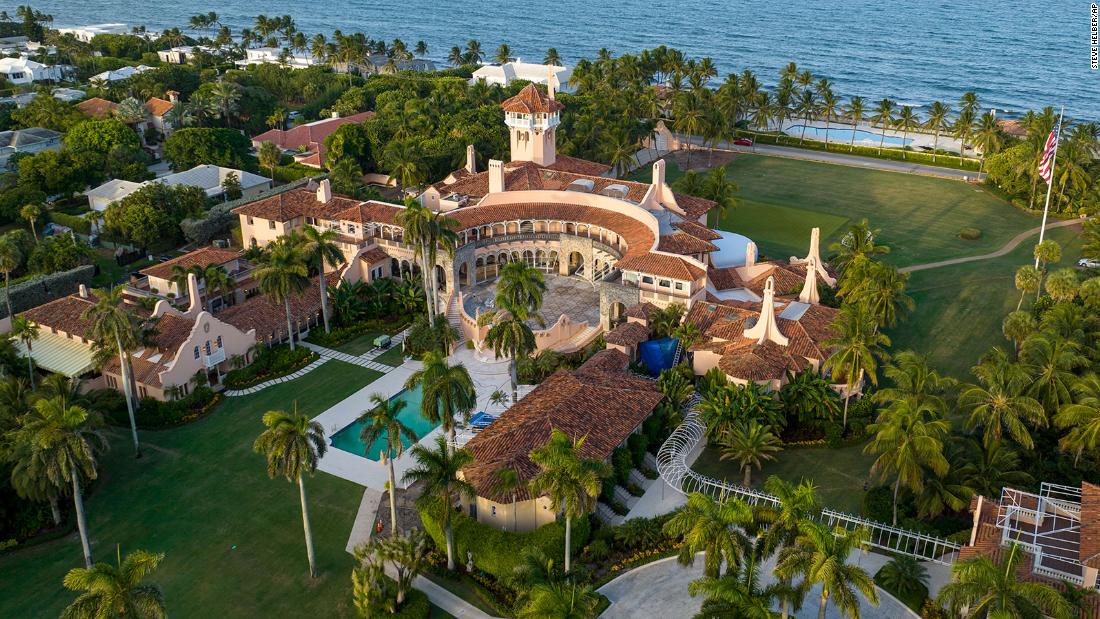 The CCTV footage has been so closely held that aides to the former President aren’t sure if he has seen it in full himself, said a person close to Trump.

“I don’t think it’s been shared by anyone outside of the attorneys,” this person said.

Yet when asked earlier this week by Fox’s Sean Hannity whether the footage would be released, Trump’s son Eric said, “Absolutely Sean, at the right time.”

Some of Trump’s aides and allies have encouraged the former President to make some of the footage available to the public, believing it could send a jolt of energy through the Republican Party’s base. One person familiar with the conversations said there have been discussions about featuring the August footage in campaign-style ads, believing the footage could bolster Trump’s claims of political persecution.

Another person close to Trump said it’s not a matter of if the former President and his team release any of the footage, but when, noting it could be released before he makes a campaign announcement.

Others in Trump’s orbit have warned of the potential risks to the former President if he does release the tapes. A second person close to Trump cautioned that releasing the footage could backfire by providing people with a visual understanding of the sheer volume of materials that federal agents seized from his oceanfront residence, including classified materials.

“It’s one thing to read a bunch of numbers on an inventory list, it’s another to see law enforcement agents actually carrying a dozen-plus boxes out of President Trump’s home knowing they probably contain sensitive documents. I don’t see how that helps him ,” said this person, who spoke to CNN on condition of anonymity in order the speak candidly.

Trump could also spend the next several months simply raising the specter of releasing the footage to be used as a political weapon without ever actually doing so.

CNN has reached out to FBI and Justice Department for comment.

Federal prosecutors disclosed in recent days that the investigation “implies highly classified materials” and that their work continues on, potentially toward criminal charges.

While it is unclear exactly what the surveillance footage could show, Trump and his attorneys say they taped the August 8 search by federal investigators even after agents asked them to turn off the security cameras. Jay Bratt, the chief of the counterintelligence and export control section at the Justice Department who visited Mar-a-Lago in June, was the official who made the specific ask the day of the search, a source familiar tells CNN.

The Justice Department had previously subpoenaed surveillance footage from the club as part of its ongoing investigation, including outside the room where documents were kept.

On Tuesday, Trump wrote on his Truth Social platform that FBI agents “demanded that all security cameras be turned off… We said no!” It’s not uncommon for the FBI to try to make sure any cameras are not capturing a search of this nature when there are classified materials involved.

As the former President and his team weigh whether and when to release any of the surveillance footage, his impending 2024 presidential campaign announcement could be a factor in that timing, said one person familiar with the matter, who requested anonymity to discuss closely held matters. The former President is widely expected to make another run for office, though he is still deciding when to formally launch his campaign.

It is unclear if he has consulted with his current legal team on the potential implications of releasing the surveillance footage. The former President has reportedly been searching to hire experienced attorneys to help him navigate the federal investigation into his keeping of presidential records at Mar-a-Lago.

“If someone can persuade him this is somehow good for him and bad for his enemies, he’ll do it,” said Ty Cobb, a former White House attorney under Trump. “He doesn’t have the lawyers to help him sort through these things strategically and is really thinking through them on his own.”

Trump attorney Christina Bobb declined to comment on the record.

Among the Trump allies clamoring for him to release the surveillance footage either in full or curated versions is former White House chief strategist Steve Bannon, who told CNN in an interview that he favors releasing the footage, saying “Red-Pill the Nation” in an apparent reference to the film, “The Matrix.”

A second Trump ally who spoke to CNN on condition of anonymity has also encouraged the former President’s team to make the footage public, telling CNN it would “drive the base f—ing bananas” to see FBI agents “milling around Mar-a -Lago while President Trump was out of town.” (The former President was at Trump Tower in New York City when the search occurred last week.)

Trump and his allies have repeatedly claimed on social media that Republicans are benefiting from a surge of enthusiasm among base voters who believe the Justice Department abused its authority by executing a search warrant at the former President’s residence.

But releasing the tapes could neuter some of the most conspiratorial excuses for the search that MAGA personalities have been circulating in recent days, including the baseless notion that the FBI planted evidence at Mar-a-Lago — a claim the former President himself has repeated and which there is no evidence to support, especially after Trump’s own lawyer signed off on the FBI’s seizure receipts at the end of the search.

Prior to revealing he kept his surveillance cameras on at Mar-a-Lago, Trump also claimed that “nobody” was allowed to watch the FBI conduct its search of his home.

“I think the folks in New York — President Trump and his family — they probably had a better view than I did. Because they had the CCTV, they were able to watch,” Bobb told the right-wing network Real America’s Voice last Thursday. Days later, Bobb told right-wing commentator Tomi Lahren she had misunderstood the situation and wasn’t aware of who saw the surveillance footage — live or taped.

Trump’s former lawyer Cobb said he is skeptical that Trump will eventually release the footage.

“If anything problematic happened, like it somebody showed planting evidence or something like that, then it would be really explosive,” said Cobb. “That’s the main reason I doubt they will make it public, because I’m sure it doesn’t show them planting evidence and it takes that crazy claim off the table.”

Using it as leverage

As Trump mulls a third presidential campaign, the more politically potent move for him could be to keep teasing the existence of security footage without ever making it public. It would be a familiar strategy for Trump, who routinely promised to provide exonerating evidence when faced with sexual harassment allegations during his 2016 presidential campaign but rarely followed through.

“It loses its power as leverage once it gets out,” said Cobb.

Trump already pushed to release the warrant that led FBI agents to search his Palm Beach estate last week and the list of items they seized while on the property — both of which were unsealed last Friday at the behest of the DOJ. The former President has also urged Magistrate Judge Bruce Reinhart to release the underlying affidavit that was central to federal agents obtaining a search warrant for Mar-a-Lago.

Writing on Truth Social Monday, Trump said, “In the interest of TRANSPARENCY, I call for the immediate release of the completely Unredacted Affidavit pertaining to this horrible and shocking BREAK-IN.”

The Justice Department responded this week to oppose media outlets’ request to unseal the affidavit, arguing that doing so could compromise its ongoing investigation and discourage future witnesses from cooperating.