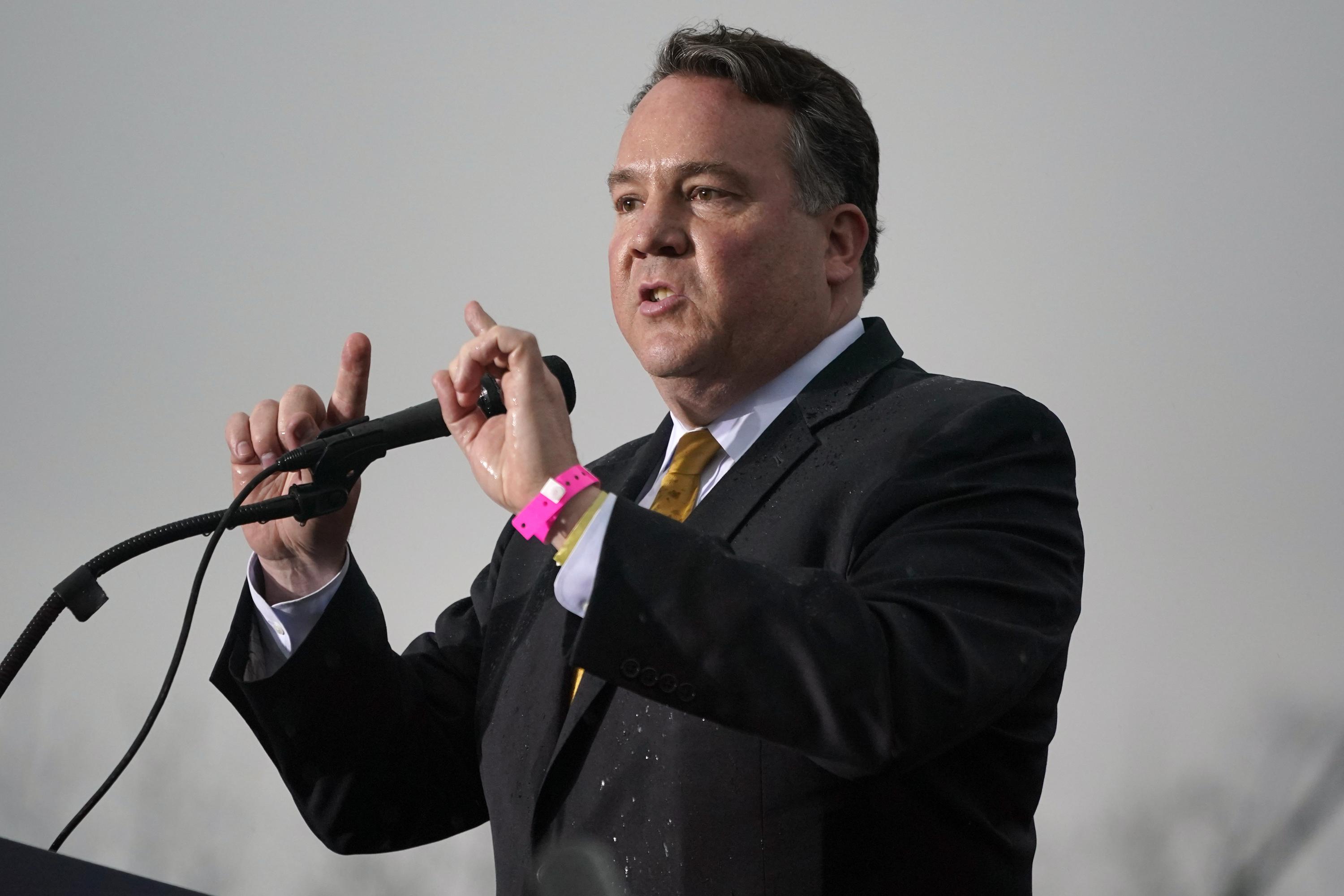 McKinley was sharply criticized by the former president when he broke with his party as one of 13 Republicans to vote with the Democrats to support President Joe Biden’s $1.2 trillion infrastructure bill. Trump called McKinley a RINO, or “Republican in Name Only” and endorsed Mooney the day Biden signed the infrastructure law.

The two incumbents, who have taken dramatically different approaches to their time in office, were pitted against each other in the state’s 2nd Congressional District after population losses cost West Virginia a US House seat.

McKinley, who has represented the state in the House since 2011, said in a statement Tuesday night that serving the people of West Virginia had been the honor of his life — and made a subtle reference to the infrastructure vote.

“I’m proud that I have always stood up for what’s right for West Virginia — even when it hurt me politically,” he said. “The groundwork we have laid over the last twelve years has paved the way for a more prosperous and diverse West Virginia economy.”

Mooney, who has served in West Virginia’s House delegation since 2015, gave his victory speech surrounded by supporters at a hotel watch party in Charles Town in West Virginia’s eastern panhandle, where he lives. McKinley was watching the results come in at home with his family.

West Virginia’s election was the first of five primaries in which two incumbent US House members will compete against each other. It will be followed by similar contests in Georgia and Michigan and in two Illinois districts.

The race was one of the most-watched of the day. In Nebraska, another Trump-backed candidate, Charles Herbster, was in a crowded field of GOP contenders for governor. The contests came on the heels of a victory by Trump-endorsed conservative JD Vance, author of the bestselling memoir “Hillbilly Elegy,” who defeated six other candidates to win the Ohio Republican primary for US Senate last week.

Miller will vie for her third term in the House in the fall against Democrat Lacy Watson, who was unopposed in the Democratic primary. Watson, of Bluefield, lost in the 2020 Democratic primary in the former 3rd District.

In Nebraska’s 2nd Congressional District, in the Omaha area, three-term Republican Rep. Don Bacon won the primary over long-shot candidate Steve Kuehl, an Omaha consultant who got a shoutout from Trump when the former president visited earlier this month.

Trump blasted Bacon as a “bad guy” during a recent rally in the state and had criticized him previously for his support of a federal infrastructure bill that most GOP lawmakers opposed. Bacon also has been mildly critical of Trump in the past, saying the former president bore some responsibility for the Jan. 6 riot at the US Capitol.

Trump stopped far short of officially endorsing Kuehl, however, saying: “I think Steve will do well. Good luck, Steve, whoever the hell you are.”

Sen. Mike Flood, a former speaker of the Nebraska Legislature, won in the state’s 1st Congressional District over five other Republican candidates. Flood wants to fill the seat abandoned by Jeff Fortenberry, a Republican who resigned from office and ended his re-election bid after he was convicted of lying to federal authorities about an illegal campaign contribution. Fortenberry’s name still appeared on the ballot for the 1st Congressional District because he withdrew after a deadline to certify the ballot.

Susan Smith, a small-business owner in Valley Grove, voted for Mooney at a local elementary school Tuesday morning. She lives in McKinley’s former district and said she always voted for him in the past. But not in this election.

“When Mr. McKinley started voting with the Democrats and the current administration, that’s when things changed,” said Smith, who cited McKinley’s vote for Biden’s infrastructure bill and the Jan. 6 commission. “I’m sorry to be losing a congressman, but we cannot have a Republican congressman voting with the Democrats. West Virginia did not need the money from this un-infrastructure bill.”

Mooney enters the general election as a heavy favorite to win. West Virginia hasn’t elected a Democrat to the House since 2008.