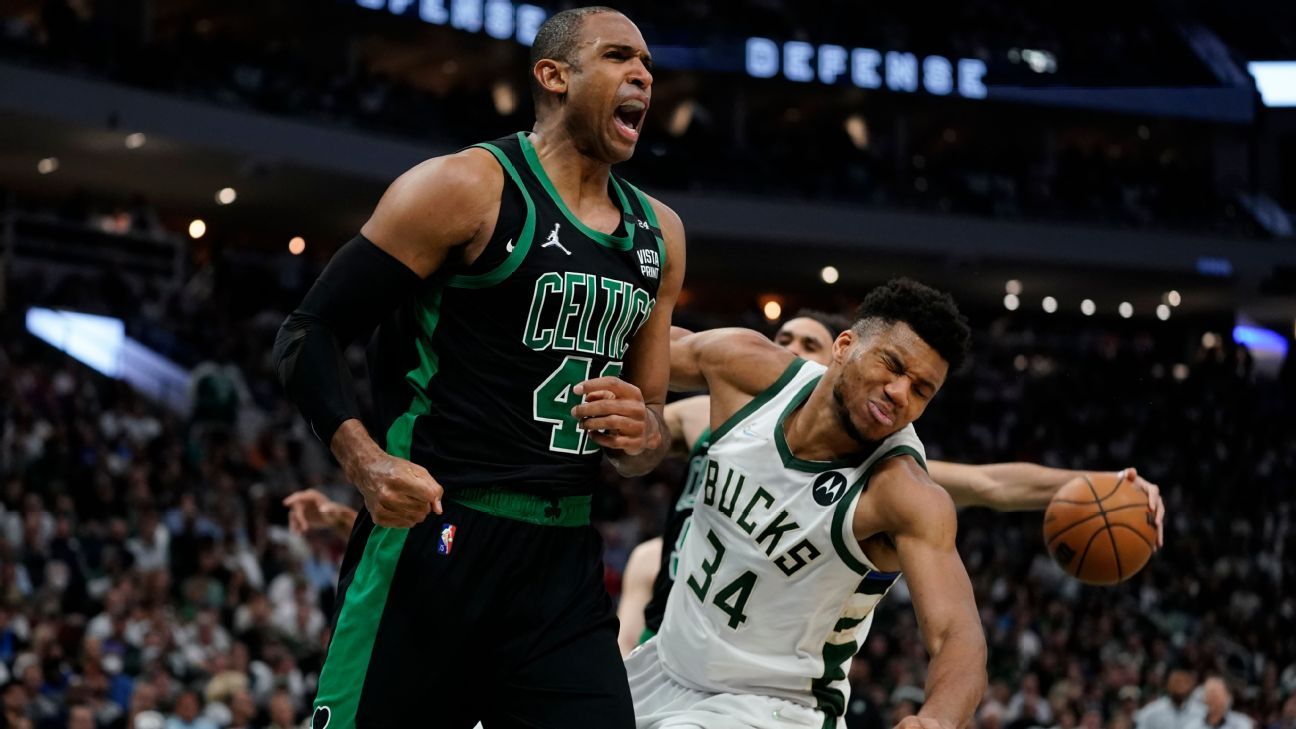 After Giannis Antetokounmpo dunked on him early in the third quarter Monday night, the Milwaukee Bucks superstar received a technical foul for saying something in Horford’s direction. As Horford walked back up the court, he just nodded his head and said “OK” as he looked in Antetokounmpo’s direction.

“I didn’t make out what he said, but the way he looked at me didn’t sit well with me,” Horford said. “That got me going.”

The next quarter, Horford returned the favor. He caught the ball on the perimeter and hit Antetokounmpo with a pump fake. Antetokounmpo bit and Horford drove to his right, elevating at the rim for a slam over the two-time MVP, letting out a large scream in the process.

It was the turning point Boston needed as it outplayed Milwaukee down the stretch in a 116-108 Game 4 victory. The series, now tied at 2, heads back to Boston on Wednesday night.

Horford drew a technical foul following his dunk, as he inadvertently hit Antetokounmpo in the face in an immediate celebration that had him screaming from sideline to sideline. Milwaukee held a 10-point lead late in the third quarter, but Horford’s slam put an emphatic stamp on a 10-0 run that put the Celtics back in the game, and ultimately in control.

“The playoffs are emotional, very intense,” Horford said. “Tonight, things weren’t going our way. Things were hard there in the third for a while. (Marcus) Smart kept talking in the huddle and kept telling us to stay with it. Definitely just a lot of emotions at that point. Yeah, that’s what that was.”

Smart said the Horford dunk is what gave the Celtics the emotional boost they needed to get through what had become a hard-fought game.

“It’s a big-time play in a big-time moment,” Smart said. “It’s a physical game. We were on the other end a couple times, so it felt kind of good to have that one.”

Horford had 16 points and was 6 of 6 from the field in the fourth quarter as a whole, knocking down a pair of 3-pointers and two free throws. He finished with 30 points, a playoff high for the 35-year-old who was playing in his 132nd career postseason game.

It came after he put up 22 points and 16 rebounds in the Game 3 loss Saturday, a defeat that Horford and the whole team took harder than usual.

“We felt that at the end of Game 3 that we were in a position to win the game and we didn’t,” Horford said. “I was just really locked in. I understood the moment and what we needed to do as a group. Just come out and we were gonna do whatever it took tonight. It was one of those types of nights.”

The team followed Horford’s lead in the fourth quarter as it scored 43 points on 16-of-19 shooting to run away with the victory. The 43 fourth-quarter points equaled the most in the final quarter in Celtics franchise history (tied with Game 5 of the 2001 first round against the Philadelphia 76ers), according to ESPN Stats & Information. Boston’s 84.2% shooting was the best percentage in any postseason quarter for the team since at least 1997-98.

The Bucks converted the technical free throw after Horford’s inadvertent hit on Antetokounmpo, and Horford hit his for the foul on the play. Milwaukee scored the next two baskets to stretch the lead, but Horford was there again, ending a quick 7-0 run with a 3-pointer.

When the Bucks took the lead again with a Antetokounmpo layup with 6:02 to go, Horford answered with another 3-pointer to give Boston the lead for good. After he put the Celtics up 95-94, Horford came back down with an old-fashioned three-point play on Boston’s next possession to give the Celtics bench even more to celebrate.

The Celtics rode that wave of emotion to the end, but everything really got rolling with the dunk.

“That was a hell of a play,” Jayson Tatum said. “Especially anytime Al turns back the clock and he looks like his old self, he gets everybody off the bench. Al plays with so much passion. When Al is playing with passion like that, everybody else has to follow.”