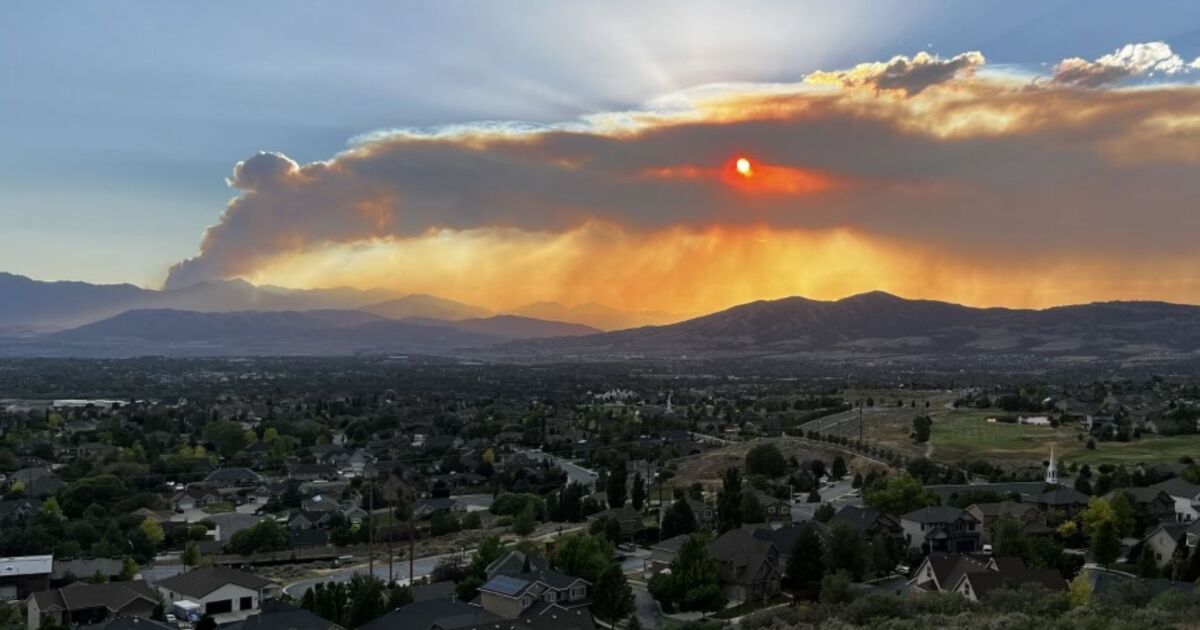 TOOELE COUNTY, Utah — A wildfire sparked Saturday afternoon south of Tooele is threatening structures, has forced evacuations and may have even damaged a small town’s water system.

Utah Wildfire Info said the Jacob City Fire, burning in Soldier Canyon east of Stockton, was growing rapidly due to “erratic” winds. Shortly after 10 pm, it was estimated at 2,300-2,500 acres with no containment. Officials said it is located in “very steep rugged terrain.”

Near the scene, multiple residents told FOX 13 News that they were evacuated from their homes. Officials later confirmed that Soldier Canyon and Dry Canyon have been evacuated as a precaution, as well as campers in Middle Canyon.

In a Facebook post, the Stockton Police Department asked residents in the town to “refrain from using water if they can help it” because the Jacob City Fire may have damaged the water system.

Fire engines and air resources are working to contain the blaze.

Smoke from the fire is visible from Tooele and even from the Salt Lake area, and some residents have also reported ash falling from the sky.

🚨🚨 Our partners with @slc911 are getting people calling in to report, or ask about, smoke and ash coming down in the city. There are wildfires burning in nearby counties, including Tooele Co. Please only use 911 if you see an active fire or emergency. #slc #slcpd #saltlakecity pic.twitter.com/mHCLcHpzZ1

Photos of the Jacob City Fire from FOX 13 viewers and local officials:

This article will be updated as more information becomes available and as the situation develops.