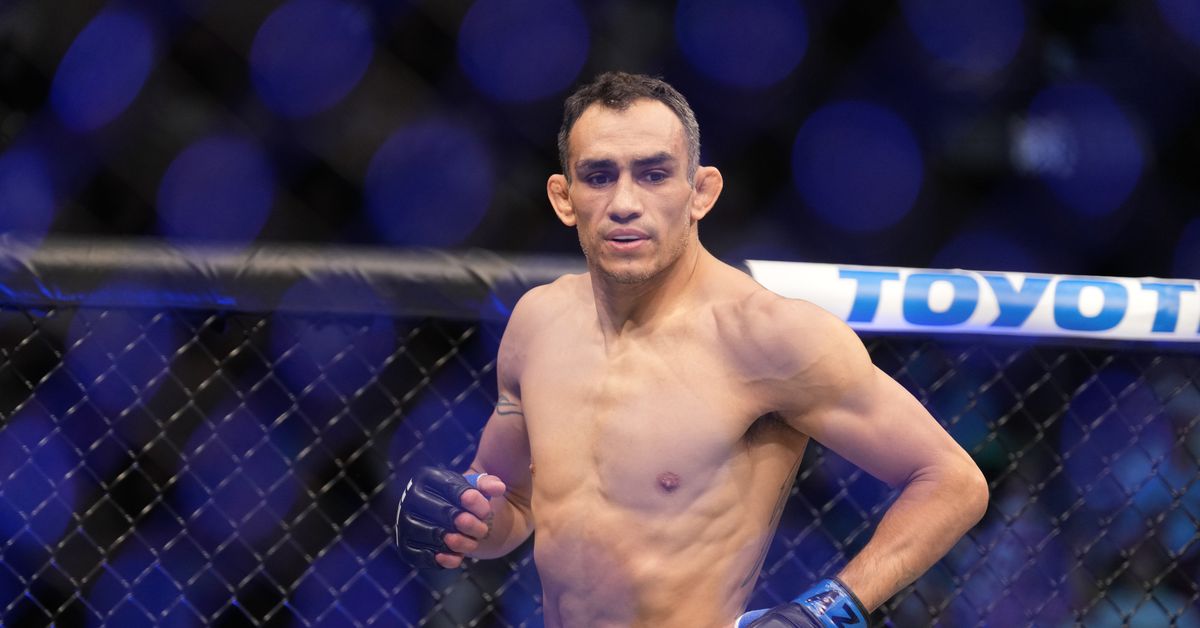 Tony Ferguson has now watched film of his knockout loss at UFC 274, and a headache that followed the concussive stoppage has gone away.

What remains is his will to win.

“There’s a lot of mistakes that I can fix, and if I didn’t feel that I had the energy or the will or the want to be able to do it, I would have retired [at] the first drop,” Ferguson said Monday on The MMA Hour.

Ferguson said his performance in the first round gives him the motivation to continue fighting despite the brutal knockout via a front kick from Michael Chandler. He is benched for 60 days per a suspension from the pay-per-view event’s overseeing athletic commission, but he plans to work on his physique and conditioning while he awaits clearance.

Just the other day, Ferguson said he stepped into a boxing gym and couldn’t resist the urge to hit the heavy bags.

“Chandler didn’t have an answer too much for anything that I was throwing in that first round, man,” he said. “So I’m going to be real with you, I’m hungry again. I’m taking it slow – I’ve got a 60-day [mandatory] vacation, which is pretty cool, and we’re going to take it from there.”

“He had one or two shots get in there, but he didn’t like the elbows,” Ferguson added later. “I got head-butted a couple of times, which was cool, because it’s a fight, that’s what you do. The ref said what he had to do, and I was trying to kick off the cage, and he was like, ‘Get your fingers out of the cage.’ It was a great battle between two athletes that are at the top tier of the game.”

The loss was Ferguson’s fourth straight since a TKO over Donald Cerrone at UFC 238 marked his 12th straight win and set up a long-awaited fight with Khabib Nurmagomedov. The title bout was canceled due to the coronavirus pandemic in its fourth failed booking.

Ferguson’s memory of what happened is still spotty. He doesn’t remember being in the octagon afterward, or the words of encouragement from UFC Hall of Famer Chuck Liddell in the arena. He can only link the outcome to the wrong timing and fate.

“I just remember not putting pressure, and trying to figure that out,” he said. “I have to go back to listen to the commentary and the audio from the corner, but my wrestling coach said something about pressure, and I don’t know, it was just completely different. God told me I wasn’t ready, pretty much.”

Still, Ferguson said he feels “amazing” and doesn’t regret anything that happened in the fight.

The front kick might not be Ferguson’s signature in the same way it is for Anderson Silva, Lyoto Machida and now Chandler. But the next time out, he said he’ll be working on his striking game much more extensively with a new team.

Right now, that means sparring in training for the first time in three years.

“I don’t really need to have that, but I want to have that,” he said. “The want and the will is there to hit people again and to get hit and not feel bad about hurting people again, because it sucks. You can ask Rose Namajunas – I guarantee you she doesn’t like hurting people. And it’s kind of crazy, because we’re in the hurt game, but when you get to this high level and you have a soft heart for a lot of people, it’s hard to go in there and make this stuff happen.”

Sparring will help sharpen the timing that went badly awry, he said, but it will also get him in the mindset he needs to inflict the kind of damage he suffered.

“When I first started, I was hungry for that, and I’ve got that same hunger back, and there’s no bulls*** on that,” he said. “I want to go and spar and I want to do damage again, not to hurt people, but to better myself.”