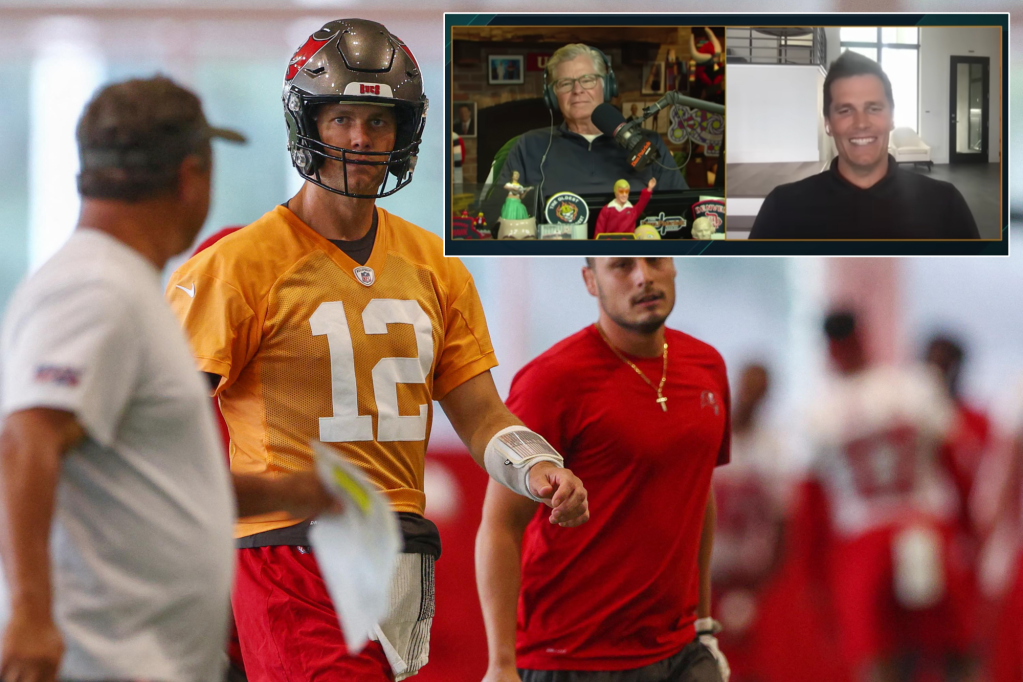 Tom Brady is living in the present before his competitive juice runs out.

The Buccaneers quarterback, who turns 45 in August, appeared on “The Dan Patrick Show” this week, and hinted that the end of his NFL career is nearing.

“I had the appetite to compete, and it’s going to be gone soon,” Brady said about his decision to return for another season. “I mean, there’s no doubt about it, and I’ve got to, you know, just really appreciate the time I have left because it’s not a lot.”

Brady has one year left on his contract with the Buccaneers and will be a free agent in 2023.

The seven-time Super Bowl winner announced his return for another NFL season (his 23rd) in a March, following a brief 40-day retirement. He said in a social media announcement that he had “unfinished business” to attend to in the coming season — and later explained that last season was a “very bitter ending.”

The Buccaneers season ended in a 30-27 loss to the Rams in the NFC Divisional playoff game — and Los Angeles went on to beat the Bengals to win the Super Bowl in February.

“Then time went by and you just get super competitive,” Brady said, admitting, “I think I’m part crazy. I mean, I think that’s the reality. Forty-five years old and I’m out here with a lot of young guys that are trying to take my head off. I see [Rams defensive tackle] Aaron Donald work out on my Instagram, and I’m like, damn, maybe I should’ve stayed retired because he’s a beast.”

Earlier this month, at Capital One’s “The Match” charity golf event, Brady discussed his commitment to football, and compared it to running a marathon.

Brady will join the Fox Sports as its lead analyst, calling the NFL’s biggest games, after he hangs up his jersey for good.