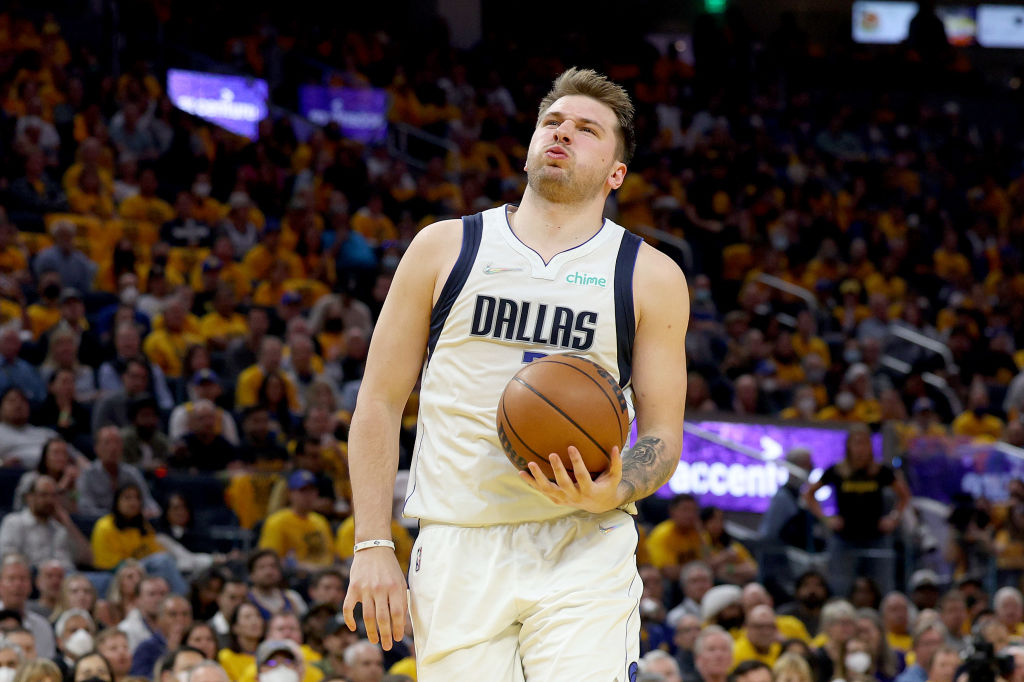 “He just told me about an hour ago that he didn’t feel sick until he got to the hotel after Game 1,” LaForce said during TNT’s “NBA Tip-off” show. “He gets to his room and he’s throwing up, he can’t sleep for even a second. Wasn’t 100 percent at practice the next day.”

LaForce followed up by asking if Doncic had gotten better sleep Thursday night. Doncic said he didn’t get eight hours for the second straight night, but “did get better sleep than the night before.”

May 20, 9:45 am There is perhaps no less trustworthy source for sports rumors than talk radio hosts, who often throw things against the wall and then bleat about getting credit on the rare occasion something sticks.

In the same universe are TV personalities, who are no more credible but only slightly less annoying due to far less frequent rumor mongering.

So load up on several grains of salt when you read that Kevin Harlan, TNT’s beloved play-by-play announcer, tried his hand at breaking news about Luka Doncic in a KNBR appearance on Thursday.

“I hear he’s sick today,” Harlan said on Greg Papa and John Lund’s show. “I guess he was up most of the night and ill. … I’ve heard it now from two different people so I’m assuming it’s probably true.”

“The body language that he showed, just the zest that he showed in Game 7 in Phoenix was not there last night,” he said of Doncic after the Warriors’ Game 1 blowout. “And I’m not sure if perhaps he was a little bit under the weather. He didn’t play like he played in the Suns series, that’s for sure, and they needed every ounce of what he gives them, and that was not apparent.”

Harlan went on to say that his “two different people” weren’t part of the Mavericks or Warriors organizations, immediately calling into question the whole thing. But that didn’t stop his comments from getting picked up like wildfire — including by this here website now, too.

In turbulent times like these, though, we can only really get reliable medical information from trusted sources like Dr. Skip Bayless. What did The Fauci Of Fox have to say?

“This is more about Warrior-itis. The Warriors found something in the 2nd half with Steve Kerr putting Andrew Wiggins on Luka. Luka looked gassed.” — @RealSkipBayless pic.twitter.com/4NJTqCn52I

“This was more about Warrior-itis,” the Fox Sports Take Machine diagnosed.

“Second half, Steve Kerr just said, you know what, I’mma let Wigg take him, just let him Wigg out on him,” he said of Andrew Wiggins’ lockdown defense. “He’s also 6-7, he’s a little longer than Luka, he’s very athletic, he’s explosively athletic, and it looks like he can run all day and all night. … Luka started to look a little gassed to me. I never thought he was in the greatest shape, he came in out of shape, he still looks a little hefty to me.”

Thank you for your commitment to truth, Dr. Bayless.