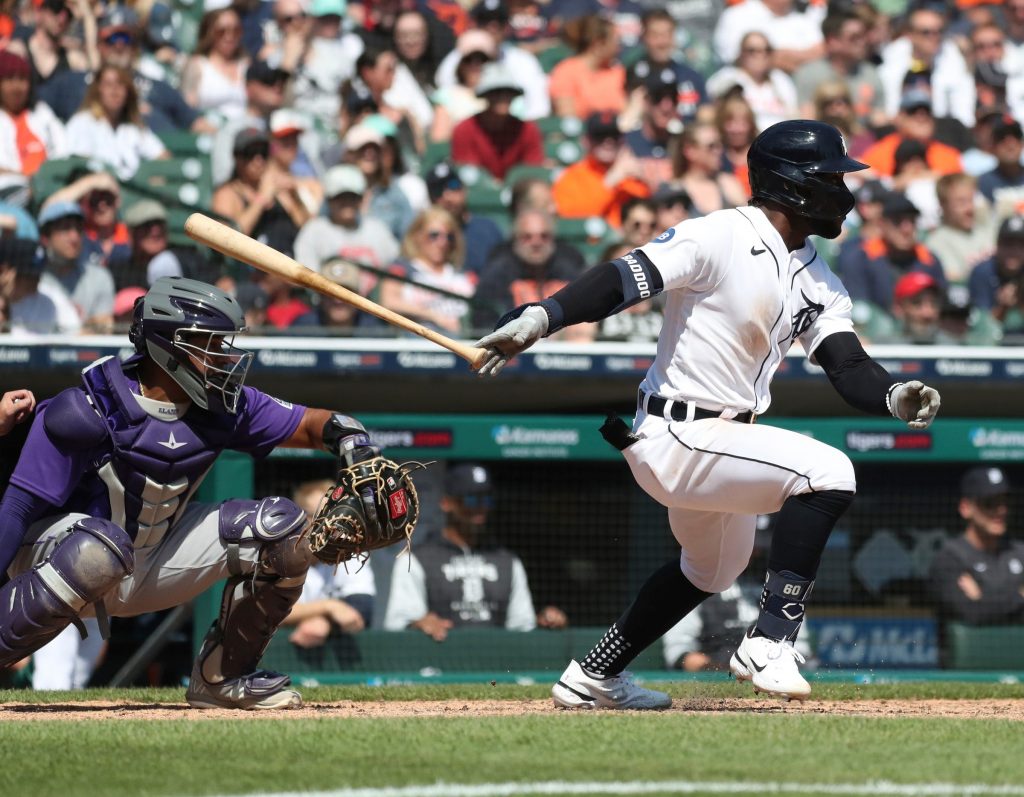 The Tigers option struggling outfielder Akil Baddoo to Triple-A today, the team announced. In a corresponding move, they recalled RHP Rony Garcia to take his spot on the roster.

While the demotion hardly writes the 23-year-old Baddoo out of GM Al Avila’s long-term plans, he does speak to the marked contrast between the outfielder’s start to the 2022 season, in which he’s slashed a meager .140/.218/ .220, and the hot start to his 2021 rookie campaign, during which he logged a .271/.352/.462 triple-slash before fading down the stretch. Advanced statistics do suggest there’s at least some bad luck involved in his slow start, though that likely isn’t the whole picture. Baddoo has seen only a minor increase in his strikeout rate (from 26.5% in 2021 to 27.3 % in 2022) and a minor dip in his walk rate (from 9.8% to 9.1%), but his BABIP has fallen from .335 (against an MLB average of .290) to a mother .176. While some of this variance can likely be explained by his hard-hit rate (the percentage of balls in play with an exit velocity of 95 mph or higher) falling from 32.3% to 22.9%, he’s also probably fallen victim to some poor batted- ball luck this year — and was perhaps the beneficiary of some good luck last year.

2014 first rounder Derek Hillwho’s slashed .250/.273/.281 this year in limited action, is the likeliest candidate to take Baddoo’s spot in center, at least in the short term. Cody Stavenhagen of The Athletic notes that utility-man Willi Castro is also likely to see time there, though he’s only logged a handful of big-league innings as an outfielder — and all of them in left.

Though Baddoo is hardly the only culprit, he and second baseman Jonathan Schoop have been particularly unproductive for a Detroit squad that’s clearly underperforming expectations. After doling out $238MM in guaranteed money in free agency (to shortstop Javier Baezchokes Eduardo Rodríguez and Michael Pinedaand reliever Andrew Chafin) and acquiring catcher Tucker Barnhart and outfielder austin meadows via trade (from the Reds and Rays, respectively), the Tigers have limped along to a collective 80 wRC+ (ahead of only the Royals, Red Sox, A’s, and Reds) that’s seen them fall nine games off the pace in AL Central.

Given the lack of outfield depth in Detroit — and particularly the shortage of options in center — it’s unlikely Baddoo will remain in the minors for long if he can regain his stroke in Toledo. Should he fail to find his form, however, he does run the risk of being overtaken by consensus top-ten prospect Riley Greenewho’s been sidelined by a fractured right foot but is expected to return to action around the end of May — and could well prove himself ready for the majors not long thereafter.

In what will be his second stint with the club this season, Garcia, owner of a career 6.39 ERA (6.42 FIP) across 31 big-league innings, will slot in at the back end of the Detroit bullpen. The righty was effective in limited action before he was optioned to Triple-A ahead of the late-April return of Chafin from injury, notching 6 1/3 innings of 2.84 ERA ball.