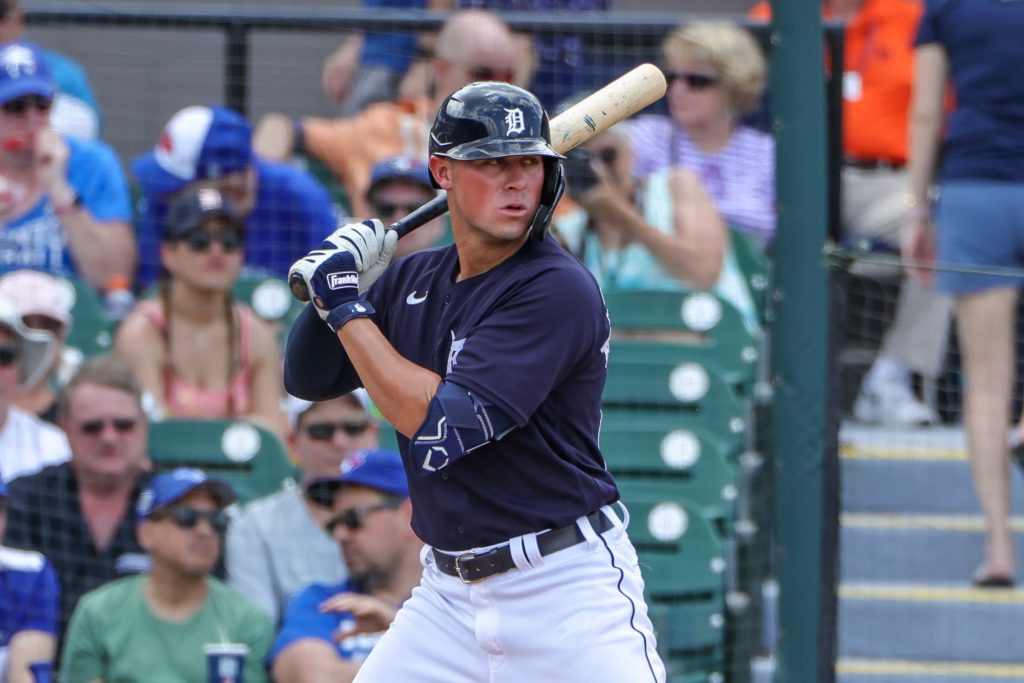 The Tigers announced a landslide of roster moves Wednesday as they set their Opening Day roster. Most notable among them is the formal selection of top prospect Spencer Torkelson‘s contract. It was already known that Torkelson, the No. 1 overall pick from the 2020 draft and a consensus top-five prospect in all of baseball, would make the Opening Day roster, but his promotion to the big leagues is now official.

None of Hutchison, Vest or Barnes has an extensive track record of big league success, but they’ve all logged MLB action in the past and will give Detroit some bullpen depth early in the season, particularly while Cisnero sits out at least the first two months of the season mending a shoulder injury. That absence is perhaps the most surprising revelation in today’s sequence of moves. Cisnero was behind schedule to start camp and felt some discomfort in his most recent outing, but prior to today’s announcement there was no indication he’d require such a lengthy absence. It’s a notable loss for the Tigers, given the 32-year-old’s 3.45 ERA, 24 holds and four saves over the past two seasons.

Chafin, who signed a two-year, $13MM contract with an opt-out after the 2022 season will hope for a minimal absence. There’s been no indication from the club that he’s expected to require a long stay on the IL, but he’s been trending toward a 10-day placement since originally experiencing pain at the end of March. Hill has also been ailing since the final day of March, so his move to the IL doesn’t rate as much of a surprise.

As for the 29-year-old Del Pozo, he lasted the offseason on Detroit’s 40-man roster after allowing two runs on eight hits and no walks with four punchouts during a brief Detroit debut late in the 2021 campaign. He’s allowed a total of 20 runs in 18 1/3 Major League innings, however, and didn’t help his cause this spring when he appeared in two games and was tagged for a combined five runs in just one inning of work. Detroit will have a week to trade him or try to pass him through outright waivers.

Veterans Anderson and Peralta will give the Tigers some pitching depth in the minors to begin the season. Anderson joined the club on a minor league deal in mid-March and allowed three earned runs on nine hits and a walk with a pair of strikeouts in five innings during camp. He’s struggled substantially in the Majors across the past two seasons but from 2014-19 was a solid back-of-the-rotation arm, logging a combined 3.94 ERA in 857 innings between the D-backs and Brewers.

Peralta seems even likelier to be added to the big league roster, despite his assignment to a Class-A affiliate. The right-hander had a strong showing in Detroit last year after signing a minor league pact, pitching to a 3.07 ERA across 18 appearances (17 starts) — a total of 93 2/3 innings. But Peralta was slow to get to camp, owing to visa issues, and he’ll remain at the Tigers’ Lakeland facility, where their High-A team plays, as he builds up toward game readiness. Peralta didn’t make it to Tigers camp until this past weekend and didn’t have time to get into an official spring game, but once he’s built up he’ll be an option to join the club’s rotation or pitch in a long-relief role.