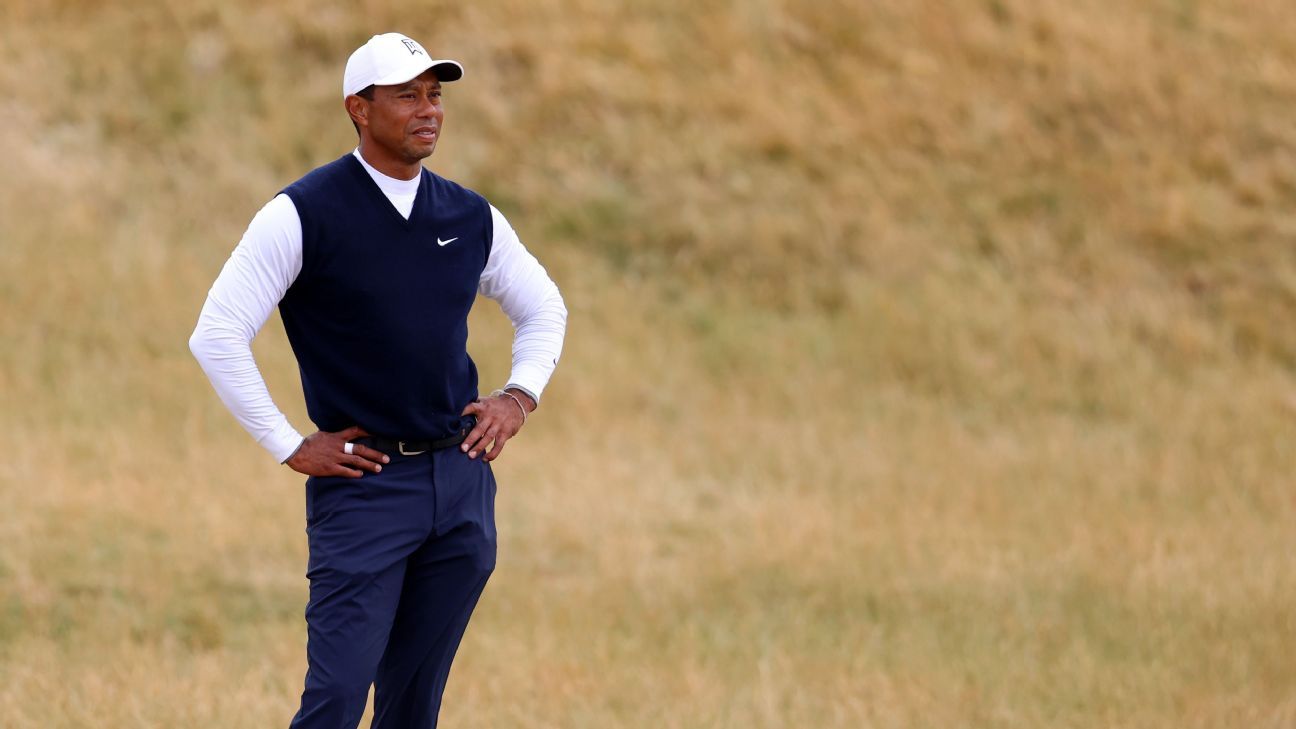 Tiger Woods arrived in Wilmington, Delaware, the site of this week’s BMW Championship, on Tuesday to meet with a select number of players to discuss the future of the PGA Tour and how it might be strengthened in its ongoing battle with LIV Golf for the best players in the world.

Woods, a 15-time major champion, flew to Delaware from Florida, along with his friend Rickie Fowler, who didn’t qualify for the second leg of the FedEx Cup Playoffs.

PGA Tour stars Rory McIlroy, Justin Thomas, Patrick Cantlay and others were expected to attend the meeting, which was being held at an off-course hotel.

Sources told ESPN on Monday that Woods was meeting with several of the world’s top 20 golfers and other influential players to make sure they were all on the “same page” in terms of the PGA Tour’s future.

Woods had similar discussions with a handful of players at the JP McManus Pro-Am in Ireland in July, sources told ESPN, and he wanted to bring their ideas to a wider audience of PGA Tour members.

PGA Tour commissioner Jay Monahan wasn’t invited to the meeting. He is scheduled to host players in an informal question-and-answer session on Wednesday, a tour official told ESPN. Monahan has been hosting the meetings at tournaments for the past few months.

A source told ESPN that it wasn’t expected to be an “all hands on deck” meeting with Woods. A number of past major champions, including Dustin Johnson, Bubba Watson, Bryson DeChambeau and Phil Mickelson, have defected to LIV Golf, which is luring players away from the PGA Tour with guaranteed contracts worth as much as $100 million to $200 million, as well as $25 million purses for each of its events.

Last week, the Telegraph of London reported that Open Championship winner Cameron Smith, the No. 2-ranked player in the world, is poised to join LIV Golf. Smith dodged reporters’ questions about the report.

Woods’ meeting with players comes a week after a federal judge denied a temporary restraining order to three LIV players who were trying to come back to the PGA Tour to compete in the FedEx Cup Playoffs. Talor Gooch, Matt Jones and Hudson Swafford were trying to play in last week’s FedEx St. Jude Championship in Memphis, Tennessee.

“I think it could have made things a little bit awkward, yeah,” Spain’s Jon Rahm said in a news conference on Tuesday. “They chose to leave the PGA Tour, they chose to go join another tour knowing the consequences; and then try to come back and get, you know, [and it] wouldn’t have, I would say, sit extremely well with me.

“But at the same time, they are adults, right? They are free to do as they please, to an extent, and that’s what they chose to do. If they are allowed by a judge, I’m nobody to say otherwise. Would have been awkward, possibly, but I guess we’ll never know.”

Cantlay, the reigning FedEx Cup champion, was asked whether having a meeting of only a limited number of players would lead to further division on the PGA Tour. Cantlay said he was invited to attend the meeting.

“I think depending on the results, if anything changes potentially,” Cantlay said. “I’m not sure what, if anything, will change, what will be the result of it. I think it’s good that a lot of the players are getting together to discuss the situation out here, especially given the current circumstances.”