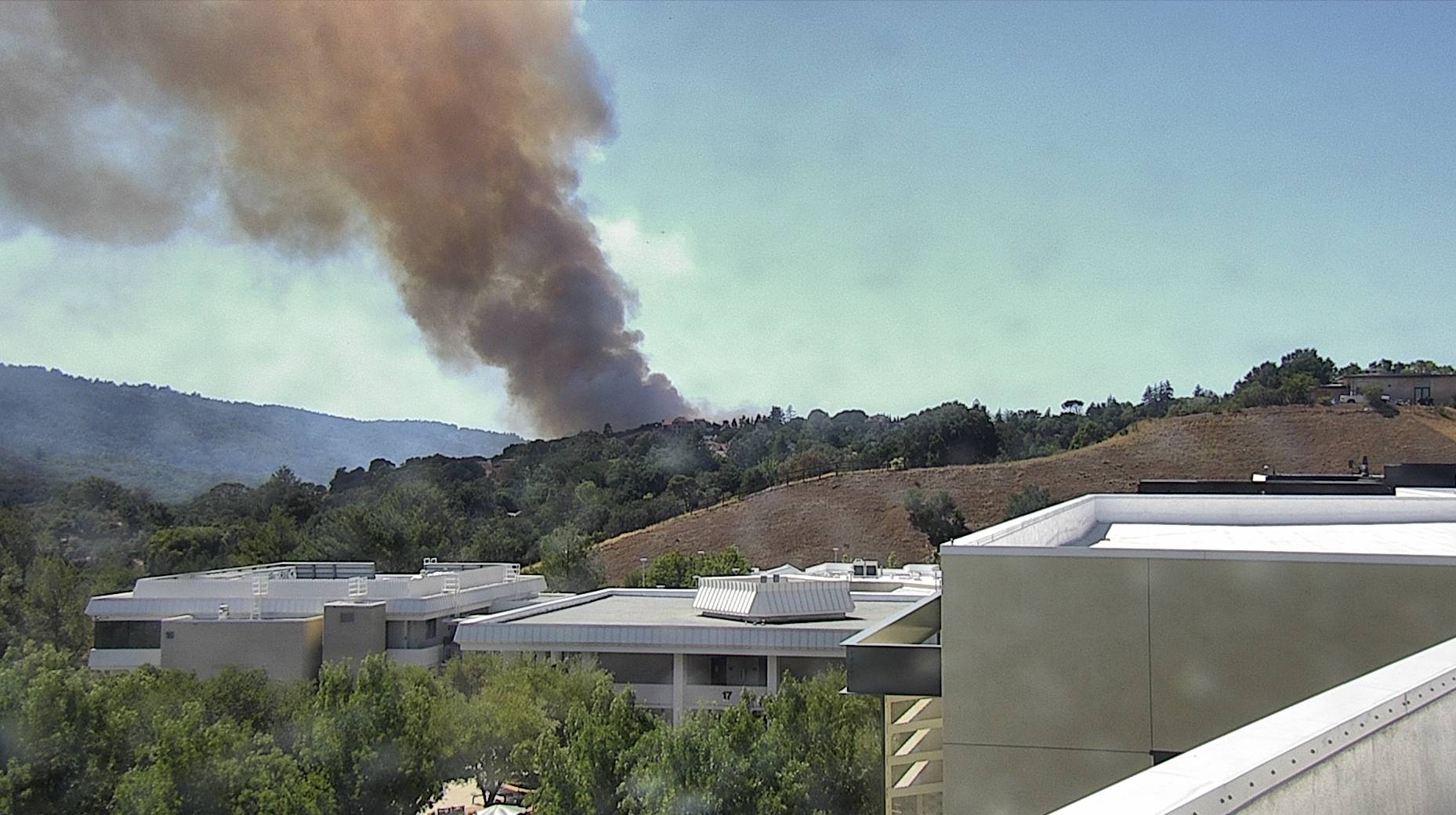 June 21, 8:30 p.m. Cal Fire said at 8:16 pm that all evacuation orders for the Edgewood Fire are being downgraded to warnings, and all warnings are lifted.

June 21, 7:25 p.m. There are currently thousands of people without power along the San Mateo County Peninsula, according to Pacific Gas and Electric.

The outages, as of 5:30 pm on Tuesday, span from Hillsborough down through the Emerald Lake Hills area that is now battling a 20-acre grass fire.

San Mateo is the hardest hit, with at least 5,000 people without power, according to PG&E. Areas of between 500 and 4,999 customers affected are Hillsborough, San Carlos, and Redwood City.

June 21, 3:30 p.m. Two wildfires burning near one another broke out Tuesday afternoon and triggered evacuations in the dry, grassy hills of San Mateo County just west of Redwood City near the Edgewood Park and Natural Preserve.

Flames from the Edgewood Fire were headed east toward Canada Road and Interstate 280, and a firefighter on the San Mateo County fire scanner said at 3:40 pm they expected “impacts on 280 soon”

Cal Fire said at 3:55 pm that the other fire was contained.

The Edgewood Fire broke out at Edgewood Road and Crestview Drive near Emerald Hills, a neighborhood in unincorporated San Mateo County, Cal Fire said on Twitter. “Please avoid the area and watch for emergency vehicles on the road,” the agency said.

Cal Fire told SFGATE at 3 pm that the fires had burned through 7 acres. “We do have structures threatened,” a spokesperson for the agency said. “We have aircraft responding to the fire.”

By 4 pm the fire had grown to an estimated 20 acres.

An evacuation center was opened at Canada College at 4200 Farm Hill Boulevard in Redwood City.

San Mateo County Parks said just before 4 pm that it closed the Edgewood County Park and Natural Preserve with the fire in a portion of the park.

Stanford University said at 4:10 pm that smoke from the fire was visible from campus, but “is no threat” at this time.

PG&E said crews are working to restore power to about 8,900 customers.

Images taken from Canada College shared on social media showed smoke rising above a hillside in the distance. You can monitor the fire on Alert Wildfire’s live cameras.

The fire broke out amid light, desiccating offshore winds and sweltering heat. Inland temperatures soared into the triple digits on Tuesday afternoon, and a temperature gauge in the Emerald Lake Hills neighborhood showed a high of 104 degrees at 3 pm

“Hopefully within the next hour or two they’ll start to get more moisture on the fire,” weather service forecaster Brooke Bingaman told SFGATE.

This is a developing story and details will be added as they become available.

The Bay City News Service contributed to this report.