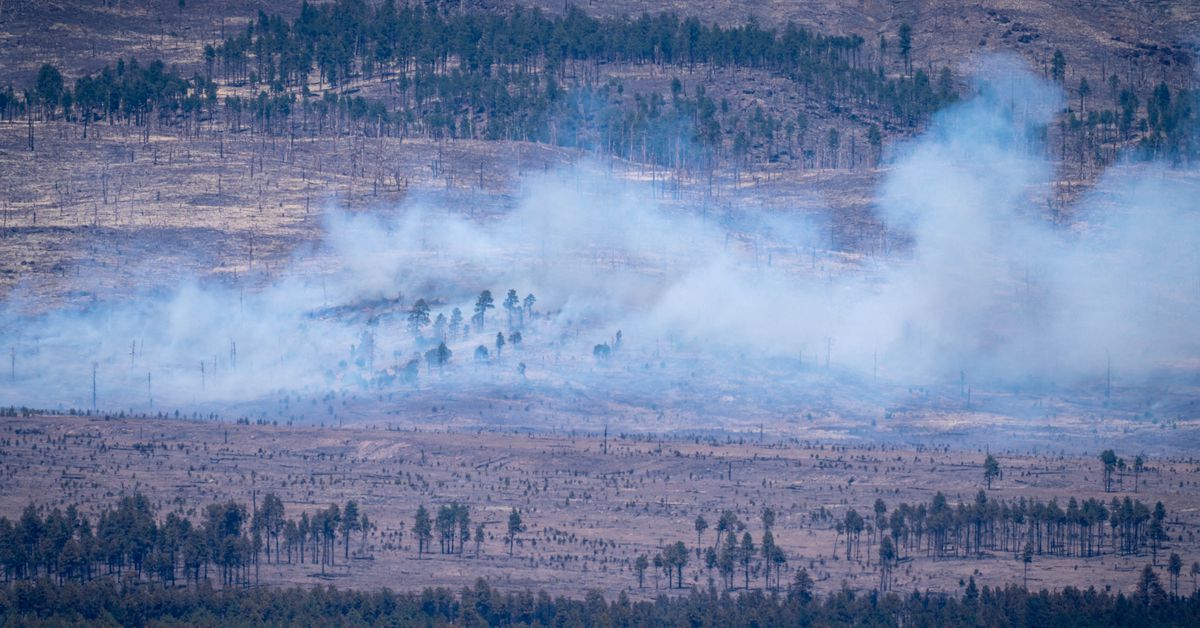 April 20 (Reuters) – A wind-driven Arizona wildfire almost tripled in area on Wednesday after burning dozens of structures and forcing thousands to flee their homes in a drought-hit rural area.

The blaze, dubbed the Tunnel Fire, swept northeast over largely unpopulated hills and valleys 14 miles (23 km) north of Flagstaff, Arizona, according to a US Forest Service statement.

Flames burned 16,625 acres, an area larger than Manhattan, moving through the Sunset Crater Volcano National Monument which has a visitor center and hiking trails, the release said.

Driven by traditional gusty spring winds, the blaze forced more than 2,000 residents from their homes, the Coconino county Board of Supervisors said.

At least 25 structures were burned after the fire moved through parts of the Wupatki Trails and Timberline Estates communities, which are built in pine forest, the county sheriff’s office said.

The area is part of a swathe of Arizona, New Mexico, Utah and Colorado caught in more than two decades of largely unrelenting drought after average temperatures in the area rose about 1.4 degrees Fahrenheit in the past century, according to data from the Desert Research Institute and National Oceanic and Atmospheric Administration.

Around 360 miles to the east, an elderly couple died in their in Ruidoso, New Mexico, home last week when a wildfire destroyed hundreds of houses and forced thousands to flee the mountain town. read more