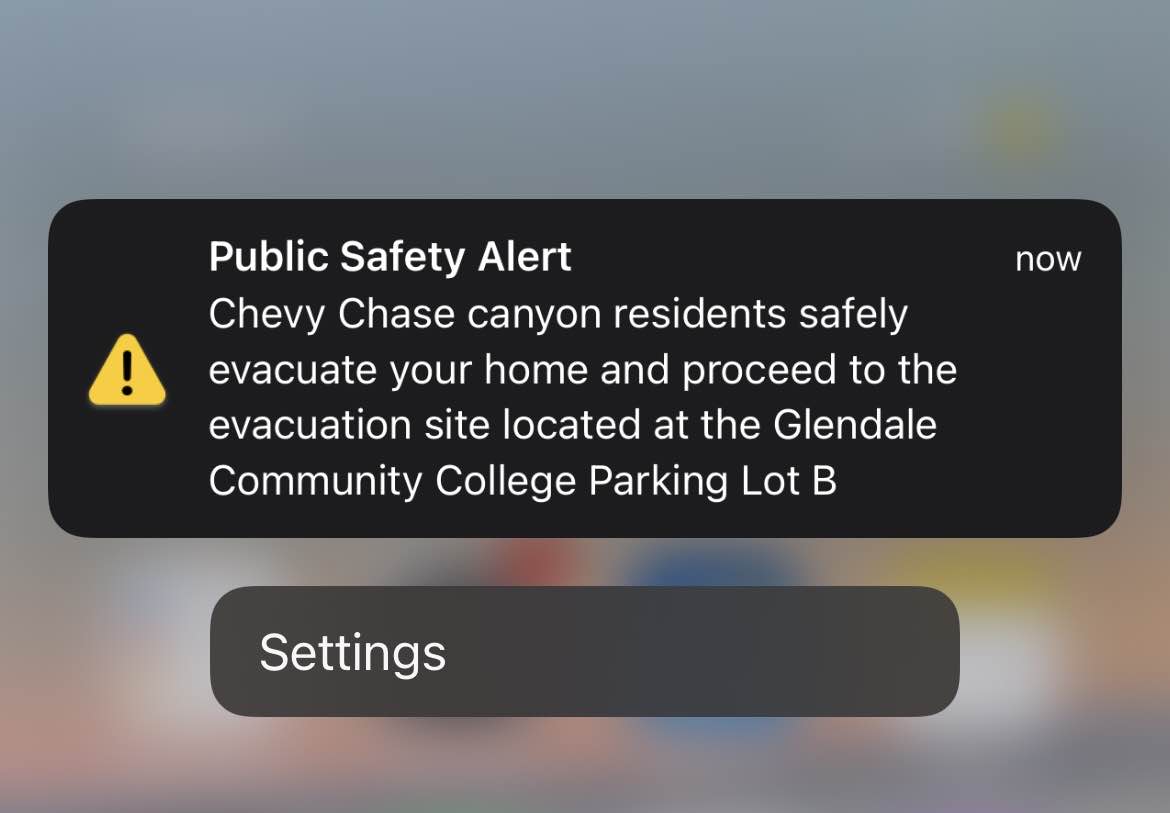 Residents across Los Angeles took to social media Saturday morning after an emergency alert was broadcast to phones throughout the area.

The alert read: “Chevy Chase Canyon residents safely evacuate your home and proceed to the evacuation site located at the Glendale Community College Parking Lot B.”

After receiving the alert, people posted on Facebook and Twitter to see if other LA residents received the phone notification and ask the burning question: where is Chevy Chase Canyon?

As it turns out, the alert was meant to be sent out to residents in a small community in Glendale that was taking part in an evacuation drill, according to the city of Glendale, but was mistakenly sent out to wide swaths of Los Angeles County.

Glendale city officials, the fire department and the Chevy Chase Canyon Association had planned for an evacuation drill beginning at 9 am to prepare in the event of an actual evacuation as fire season quickly approaches.

The city announced the evacuation drill on Twitter as well, but included the phrase: “THIS IS A DRILL,” which was absent from the alert sent to phones across the Southland.

Ultimately, LA residents received a seemingly real evacuation notice on their phones, for an area most people aren’t familiar with, just days after a brush fire in Laguna Niguel destroyed dozens of homes.

Glendale city officials said the alert was sent out far and wide due to a tech error.

“Due to a glitch in the messaging software, incorrect messaging was distributed throughout Los Angeles County. The City is working with our partners to investigate,” the city said in a news release.

As for the evacuation drill? It went smoothly and ended around 9:40 am

Silvio Lanzas, Glendale’s fire chief, apologized for any alarm that the alert may have caused residents across Los Angeles County, but stressed the importance of being evacuation-ready, especially following the destruction caused by the Coastal Fire earlier this week.

“As we saw last week in Laguna Niguel, our fire environment in Southern California is prime for another potentially active fire season. Ensuring the community is prepared is key to keeping our residents safe,” Lanzas said.