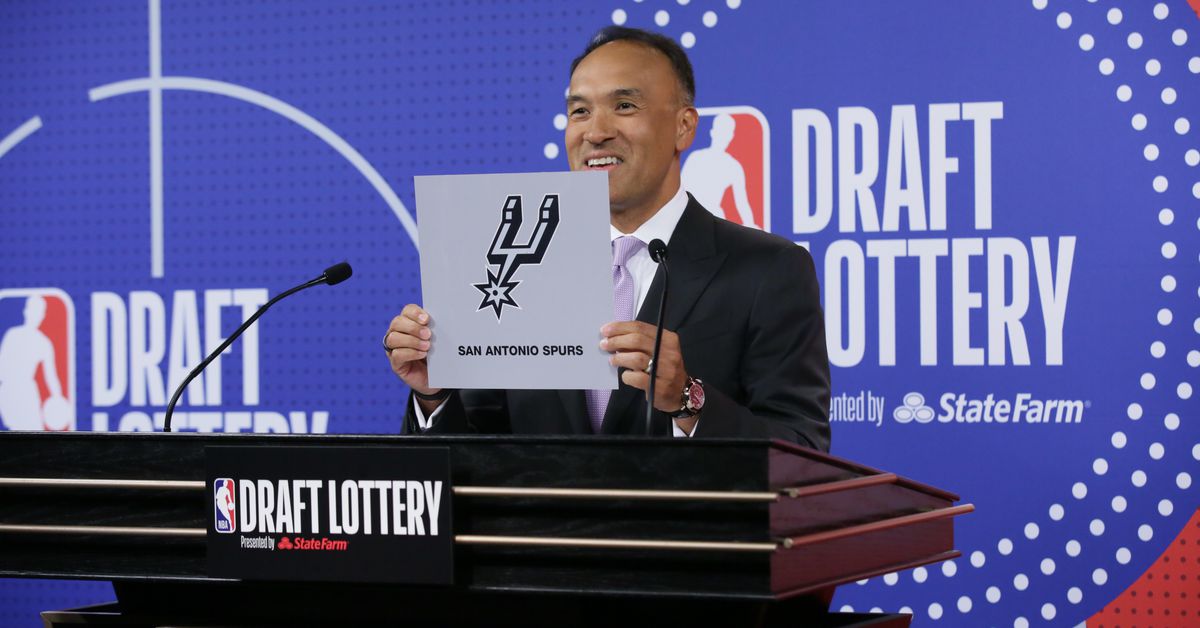 The San Antonio Spurs have secured the 20th and 25th pick of the 2022 Draft after the NBA held randomized tiebreaking drawings earlier today.

After the tiebreakers today the Spurs now have the 20th (Raptors) and 25th (Celtics) picks in the 2022 NBA Draft.

San Antonio also holds the ninth-best lottery odds and a 20.3% chance at a top-four pick in this top heavy class.

PATFO added a pair of first-rounders from the Boston Celtics and Toronto Raptors during the trade deadline for Derrick White, Thaddeus Young, and Drew Eubanks.

The order of those picks was up in the air for the last few weeks because Denver and Toronto finished 48-34 during the regular season. Milwaukee, Philadelphia, and Boston also tied in the league standings at 51-31.

The league settled these tiebreakers, and the results are below:

The Silver and Black also have the ninth-best odds in the 2022 NBA Draft Lottery after losing to New Orleans in the Play-In Tournament. Thankfully for them, that means a 20.3% chance at a top-four pick this June.

San Antonio possesses three first-rounders and an early second-rounder in this upcoming draft, which they could package with or without a player to bring a proven star or higher pick to the 2-1-0.