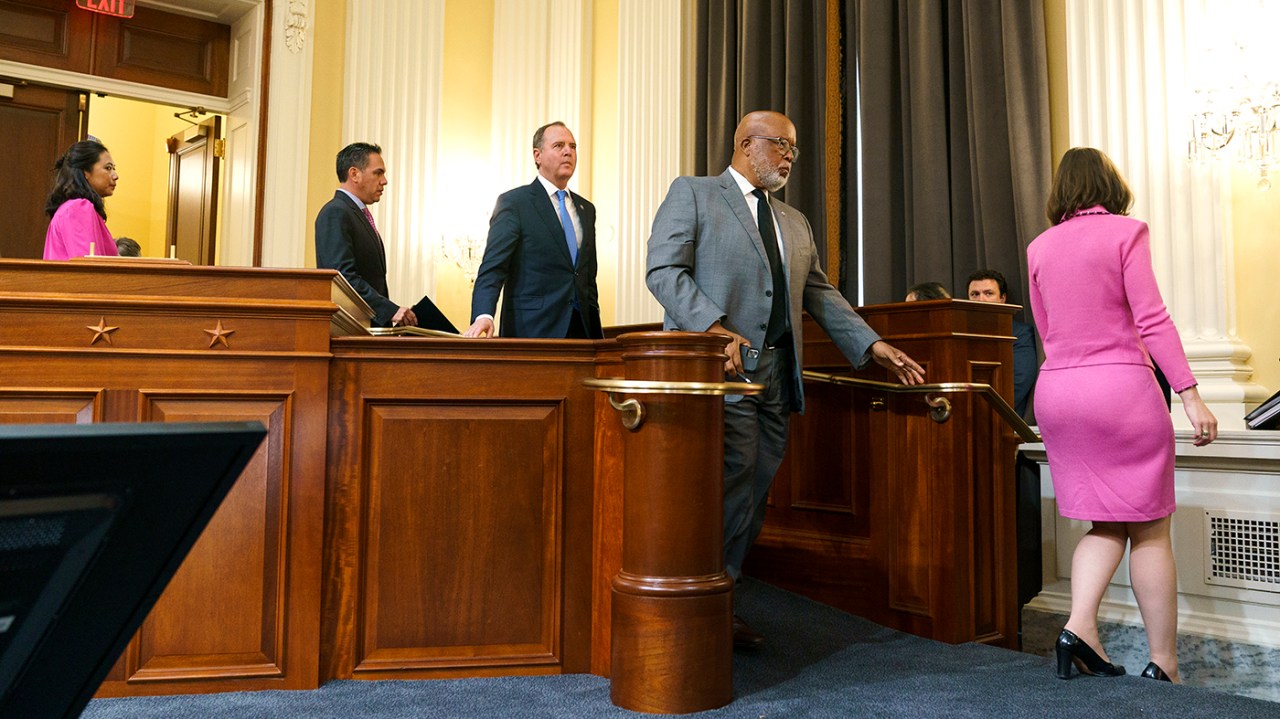 Five down, some more to go.

The first phase of the public hearings into the Jan. 6 hearings ended on Thursday, with dramatic testimony focused on the efforts by former President Trump and his allies to pressure the Department of Justice.

The punctuation mark is the perfect moment to assess the impact of the five hearings so far.

They haven’t fundamentally altered the electoral landscape — but nobody really expected they would.

Yet they have been compelling enough to surpass expectations, hold the attention of much of the public and cause new problems for Trump.

The former president, predictably but tellingly, has lambasted the proceedings.

In aggregate, the hearings have portrayed Trump and his most fervid advisors as pushing a de facto coup while ignoring voluminous evidence that the 2020 election was untainted by any large-scale fraud.

The committee’s narrative has been uninterrupted by voices defending Trump. Its only Republican members are co-chair Rep. Liz Cheney (Wyo,.) and Rep. Adam Kinzinger (Ill.) both of whom are strong critics of the former president.

House Minority Leader Kevin McCarthy’s (R-Calif.) decision to pull GOP involvement from the committee at its inception last year is being subject to increased second-guessing.

But now people from Trump himself to Trump-skeptical Republicans regard that decision as a sizable strategic mistake.

“It was really stupid. It was a tremendous error,” said Liz Mair, a political consultant who has advised numerous GOP candidates and was previously the online communications director at the Republican National Committee.

“I am not in general a huge fan of the people who would have wanted on [as pro-Trump Republicans] but he is going to come out looking far worse than if they were there.”

Trump himself said in a recent interview with Punchbowl News that “it would have been very smart” to put Republicans supportive of him on the panel “to just have a voice.”

Instead the seven Democrats and two anti-Trump Republicans on the panel have showcased a remarkable procession of moments.

Big TV audiences have seen a video clip of the former president’s elder daughter, Ivanka Trump, saying she accepted the view of then-Attorney General Bill Barr that there was no significant election fraud. Barr himself has been shown several times referring to such claims as “bullshit.”

State-level Republican officials such as Arizona House Speaker Rusty Bowers and Georgia Secretary of State Brad Raffensperger, have tested to the barrage of personal threats they received after resisting pressure to flip the election results in their states.

Private figures such as Capitol Police officer Caroline Edwards and former elections worker Shaye Moss have given moving accounts of their experiences.

At the first public hearing, watched by around 20 million people in primetime, Edwards recalled the “carnage” that she saw on Jan. 6. At Tuesday’s hearing, Moss recounted her distress when she and her mother were falsely accused of being involved in election fraud in Georgia.

The hearings write large “have had a big substantive impact, even though so much of this happened in public,” said Julian Zelizer, a professor of history and public affairs at Princeton University.

“They have shown how much intentionality was behind an effort to overturn an election, how many people understood that this was just a campaign based on false information, and how this was all a more orchestrated effort than people thought, not just on Jan. 6 goals through the whole thing.”

But Zelizer, like many others, is skeptical that the hearings will have a direct impact on the standing of the two major parties, even with the midterm elections little more than four months away.

The reasons are straightforward.

Opinions about Trump and Jan. 6 are almost cast in concrete at this stage. Democratic voters already view him as directly culpable, and his staunchest loyalists never will.

In addition, a combination of a fragmented media environment and the fact that Trump is 17 months gone from office deprives these hearings of the kind of seismic impact the Watergate hearings had a half-century ago.

Still, there may be some impact around the edges.

An ABC News-Ipsos survey published on Sunday showed a modest increase in the number of Americans who believe Trump should be criminally charged for his behavior. The figure now stands at 58 percent, according to the poll, up from 52 percent in an ABC News-Washington Post poll in early May.

The Washington political world is also abuzz with talk about whether the hearings have damaged Trump as a potential 2024 GOP nominee.

The hearings have served as one more reminder of how much tumult and trauma the 45th president always brings in his wake.

“There is a significant percentage of Republican voters — I would say 50 percent and maybe higher — who if you ask them if they approve of Donald Trump, they will say yes,” said GOP strategist Dan Judy.

“If he is the only game in town, they will support him in 2024. But if there is anyone else out there who brings a little bit of the Trump style without that kind of baggage, they are very open to supporting such a person. ”

Trump himself later Wednesday posted a poll to his favored social network, Truth Social, that showed him far ahead of DeSantis with Republicans nationwide.

As is so often the case with the former president, the supposed show of strength seemed to actually betray some vulnerability.

The former president has suffered some damage so far.

Now, the question is whether the panel will deepen those wounds in its final hearings.

The Memo is a reported column by Niall Stanage.